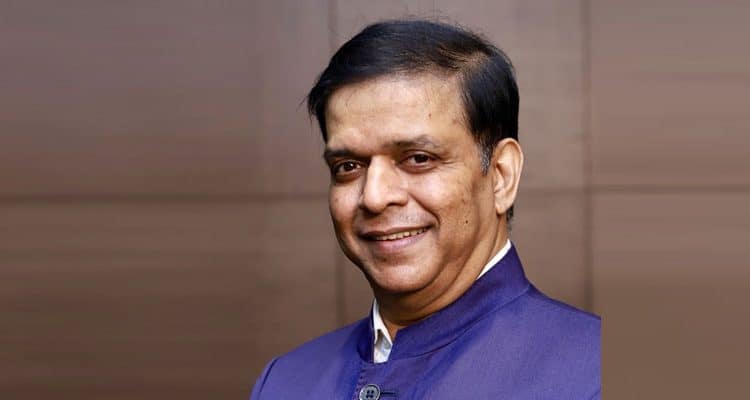 There is mounting evidence that the coronavirus could be airborne. This has opened up the market for devices and technologies that can enable the role of clean, disinfected air in preventing the spread. One such air disinfection device is Defend 1050, a portable air disinfection device by Novaerus, an Irish company. Reportedly, it has shown effective results at reducing MS2 Bacteriophage, a surrogate for SARS-CoV-2 (COVID-19), by 99.99 per cent in 15 minutes. It is already installed at some leading institutions across the world, including NASA and the Karolinska Institute, Sweden.

Dilip Patil, Founder Director, Trivector Biomed, the company which has partnered with Novaerus to bring this technology to India, shares details about the advantages that of the device in the fight against coronavirus and other HAIs, installations in country’s renowned healthcare institutions, the company’s plans to partner with India’s governmental agencies and initiatives like NABH and National End TB Programmes, and more, in an exclusive interaction with Lakshmipriya Nair

What is the science and technology behind Defend 1050?

The core technology in Novaerus’s Defend 1050 air disinfection device is the Dielectric Barrier Discharge (DBD) Plasma with three-stage filtration. Plasma is the fourth state of matter, after solids, liquids and gas. When gas/air is energised it is converted into plasma, e.g. lightning during monsoon is a simple example of plasma.

The infected air from the room is drawn into the machine through a pre-filter with the help of a built-in multi-speed fan, the air goes around a gentle but very destructive field created by DBD plasma coils inside the equipment. The impurities are broken down to DNA level within milliseconds due to several electrochemical reactions (electron bombardment, etching, electroporation photon radiation etc.,) around plasma coils. The neutralised air then passes through very high grade 0.3 micron HEPA filter (which blocks the residues/dead cells) and then through an activated carbon filter (which adsorbs leftover volatile organic compounds, chemical pollutants and gases) and the cleanest air safe to be consumed by humans is then released into the room. This happens prophylactically with cumulative effects on the room air. The trap and kill technology eliminates airborne impurities, including viruses, bacteria, fungus, mould spores, volatile organic compounds (VOCs) and particulate matters.

Which are the hospitals using this device globally? Can you give some stats that helped establish proof of concept in these environments?

Hundreds of hospitals have deployed Novaerus’ devices globally in various hospital departments to control healthcare-associated infections. It includes ICUs, surgical OTs, NICUs, Senior Care facilities, TB wards, and COVID hospitals, including St George’s Hospital (Mumbai) and several IVF clinics in India. It is also installed at the Karolinska Institute, Sweden (which has been sponsoring the Nobel Prize for Medicine all these years).

Following is a list of some of the other trial clinics/labs which have used Novaerus:

Can you share more details about its deployment and usage at NASA?

It was found that existing sterilisation technologies like heat sterilisation at 160o C for two hours or using a high dose of ozone for two hours did not destroy the microorganisms completely. On the other hand, NASA’s study found out that DBD Plasma Technology is extremely rapid (two milliseconds) in totally destroying microorganisms at the DNA level and doesn’t allow microorganisms to replicate or mutate further. They performed these studies in 30 cubic meter box by introducing healthy E.coli bacteria and studied the effect of Novaerus DBD plasma machine on the bacteria.

The published paper is available here.

You have tied up with the Irish firm Novaerus to market this product in India. Tell us more about this collaboration?

After 25 years of successfully establishing our business in IVF, Trivector decided to diversify into the field of healthcare-associated infections (HAIs).  With the same vision we reached out to Novaerus for an association, and in 2016 signed an exclusive distributor agreement with them in the presence of the Irish Ambassador to India.

Furthermore, Enterprise Ireland-the Irish government organisation responsible for the development and growth of Irish enterprises in world markets was instrumental in our association with Novaerus under its support programme.

What has been the response to this product in the Indian market? Tell us about the market demand that you anticipate for it over the next year?

In 2016, when we launched this product in India, there was not enough awareness of airborne diseases. We had noted that many hospitals were not even willing to acknowledge the problem of HAIs and have been using traditional centralised duct-based air handing units (which are often not adequately maintained) or portable cheap ionisers.

The initial response was not as expected even with the life-saving potential of this technology. We had observed:

Though with the outbreak of COVID-19, and the WHO finally indicating and acknowledging the airborne spread of SARS-CoV-2 (coronavirus) after more than 200 scientists petitioned them with evidence, there is now an increased level of awareness about airborne infections including TB and the coronavirus. Hospital administrators and other stakeholders are now willing to look into newer solutions.

We expect to install over 1000 units across India over the next year.

Have any hospitals in India placed orders or started using this device? What is it priced at?

We had installed about 50 units all over India, including the Jaslok Hospital, Mumbai and many IVF labs even before the COVID-19 outbreak.

During this pandemic, we installed a few equipment in COVID-19 treatment centres in Mumbai and New Delhi. In the last few weeks, these units are installed in Reliance HN Hospital, seven COVID testing booths of BMC (Kasturba etc.), the isolation facility at NSCI dome in Worli, St George Hospital, Office of Dr TP Lahane (Director of Medical Education and Research, Maharashtra), Ram Manohar Hospital in New Delhi and a few private offices in Pune and Chennai. The Command Hospital, Navy hospital and veterinary labs are other places where we are in the process of installing these units.

The feedback from St George’s Hospital’s COVID ICU (after conducting bio-burden tests) is very encouraging and they have expressed their wish to deploy more units in government hospitals. For IVF Clinics, it is proven to improve the clinical pregnancy rate by about 25 per cent.

There are three Novaerus models, depending on the area and level of bioburden. The initial (one time) investment for these low (no) maintenance units which can be operated 24X7 inpatient occupied rooms – is from Rs 2 lakh to Rs 10 lakhs. To help the hospitals and COVID-19 patients afford this technology, we have also started offering these machines on an easy rental plan for the period as small as two weeks (home quarantine period) to more than a year for long term-protection!

How long does it take to create/develop the device? If the demand rises, what are your strategies to ensure its availability for large scale deployment?

We usually keep stock of adequate units in our inventory and can supply off -the- shelf. However, considering increased global demand the lead time for large quantity could be up to two months. Currently, Novaerus can build up to 3000 units in a month in its Ireland plant and can take care of the rising demand of these units by assembling these units in India for large scale deployment.

What are the advantages that Defend 1050 offers in comparison to other similar products?

Currently, there is no product like Novaerus in the market which uses DBD Plasma technology to disinfect the air continuously in an effective and contained manner in the presence of human beings. However, there are hundreds of air-purifiers, ionisers with HEPA filters, UV fixtures, ozone generators, photocatalytic oxidizers (PCOs), fumigators, and products claiming to be plasma products in the market.

The USP of Defend1050 is that the pathogens and other impurities are eliminated by the direct effect of plasma and three-stage filtration system inside the machine, so the air which is coming out of these units is safe for 24X7 consumption by human beings without any release of by-products, chemicals or its harmful side-effects on the occupants.

On the other hand, many other products release the by-products of ionisation, radiation or discharge in the form of negative ions or free radicals into the room air which then interact with airborne pathogens and then settle down on surfaces. These radicals are also harmful to human cells if directly exposed, hence not advisable for use in patient occupied rooms or IVF labs.

Is it approved or endorsed by any regulatory authorities/scientific bodies in India? Any plans to tie up with government institutions for its installation? If yes, please share the details.

The DBD plasma technology and Novaerus units have been independently validated by about 30 international institutes including NASA and certified by agencies like CE, ISO, UL, EPA etc. The US FDA approval is in the final stage and is expected soon for human use.

In the back-drop of COVID-19, we recently approached ICMR, and on its suggestion, submitted our request to the institutes approved by ICMR for validating our technology in India. We have procured these units for India’s defence hospitals like the Command Hospital, Navy Hospital etc., as well as veterinary universities. We have also registered on the government’s GEM portal. Since last two years, we have been participating in projects like TB Quest to showcase our innovation and exploring the possibility of a tie-up with governmental agencies like NABH and ‘National End TB Programmes (NETP)’ of Government of India for installation of multiple units and chest OPDS, X-ray rooms and other congregate settings.