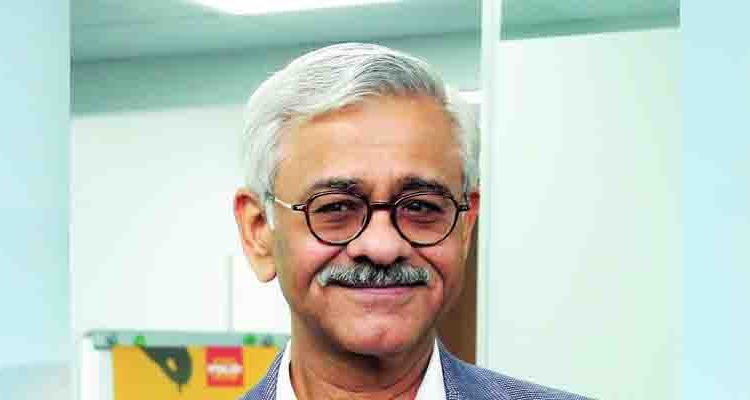 Measles and rubella are endemic across the country with 95 per cent of the measles and 90 per cent rubella cases occurring under 15 years of age, informs Deepak Kapur, Chairman, Rotary International’s India National PolioPlus Committee to Akanki Sharma in an

What measures should we take to eliminate rubella and control measles?
The Government of India (GoI) launched Mission Indradhanush on December 25, 2014 with the aim to achieve full immunisation coverage for all children by 2020. In line with routine immunisation, this mission also aimed to provide vaccination to those children who are either unvaccinated or are partially vaccinated against seven vaccine-preventable diseases which include diphtheria, whooping cough, tetanus, polio, tuberculosis, measles and hepatitis.

The India Expert Advisory Group on Measles & Rubella (IEAG-MR) appreciated the recent efforts made to monitor surveillance indicators at the national level. However, elimination of standard targets are yet to be met. It was noted that significant efforts have been made to close the immunity gaps for measles and rubella through supplementary immunisation activities but it concluded that urgent improvements in routine immunisation coverage (including on-time delivery of MRCV1 and MRCV2) are required to sustain recent gains. Unless routine immunisation is strengthened, the immunity gap for measles and rubella will continue to increase.

Share the statistics and adverse impacts of both the diseases.
Measles and rubella are an endemic across the country with 95 per cent of the measles and 90 per cent rubella cases occurring under 15 years of age. More than 50 per cent of measles cases go unvaccinated and more than 60 per cent of the 21.5 million children, who did not receive one dose of measles vaccination in 2013, came from only six countries — India, Nigeria, Pakistan, Ethiopia, Indonesia and the Democratic Republic of Congo.

How do you plan to contribute towards the initiative taken by the GoI to end measles and control rubella?
The infrastructure and innovations that helped India reach the poorest and the most marginalised continue to be utilised by the Global Polio Eradication Initiative (GPEI) to deliver other critical health interventions. For instance, the infrastructure and expertise that the GPEI established in India have been used to assist in the transportation and dissemination of critical vaccines for measles, hepatitis B and Japanese encephalitis vaccines, especially vaccines that require a cold chain.

Rotary International will support the Indian government to increase the level of routine immunisation, especially in five key states — Bihar, Madhya Pradesh, Maharashtra, Rajasthan and Uttar Pradesh. On request of the GoI, a nodal rotary representative is appointed at the state level to coordinate. Similarly, a nodal person at the district level will be appointed. This mission plans to eventually close immunity gaps and strengthens immunisation health systems for improved vaccine delivery implementation.

MoH&FW, in 2017, had announced the rubella vaccine in its universal immunisation programme (UIP) as measles-rubella vaccine (MR) vaccine towards the ‘obliterate measles and constraint rubella by 2020.’ What is the current status?
The western hemisphere eliminated measles in 2002 and rubella in 2009. IEAG on MR is seeking support from Rotary for MR elimination and rotary approached the GoI to support the target of MR elimination by 2020. Globally, vaccinating against measles and rubella provides huge rewards: every $1 invested in vaccines yields a $58 return.

In 2017, an MoU was signed between the MOH&FW, GoI and the India National PolioPlus Committee of RI with respect to the polio eradication programme, routine immunisation including Mission Indradhanush, Intensified Mission Indradhanush and Elimination of Measles and Rubella on December 6, 2017. The IEAG-MR concluded that the strategies laid out for measles elimination and rubella/CRS control are sound and feasible. Significant progress has been made towards the implementation of the strategies. Despite a high level of political and administrative commitments, the standard targets are yet to be met and need to optimally implement all the strategies.

What measures should be taken to prevent its return?
While the eradication of polio in India is a huge success, there is ample work waiting to be done to protect the hard-won ground to maintain eradication. Rotary continues to support immunisation efforts in India. The effort to eradicate polio represents one of the most ambitious global health initiatives in history and we must remain dedicated to reach every last child to ensure we don’t see a resurgence of the disease.

The country has taken measures to prevent polio virus coming to India from polio-affected countries and the new polio immunisation regime for travellers came into effect from January 30, 2014. The Indian embassies in the seven countries have shared this information widely to enable travellers to take oral polio vaccine (OPV). India has made polio vaccination a requirement for people coming from and travelling to seven polio-affected countries – Afghanistan, Ethiopia, Israel, Kenya, Somalia, Nigeria and Pakistan. All travellers coming from and going to these countries will be required to take OPV six weeks before their departure from their country and carry a certificate as proof of vaccination.
Moreover, efforts are made to implement school entry immunisation checks and referral for missed children for vaccination to sustain high immunity levels to prevent resurgence, if introductions were to occur.

In context to the MoU signed with MoH&FW in 2017 to provide support and accelerate polio eradication programme and routine immunisation including mission Indradhanush, how successful have you been till date, and what were the major challenges in this journey? What helped you to overcome those for reaching your target?
Under the signed MoU, Rotary International supports community mobilisation activities through its robust rotary member network across the country. We also support advocacy and generating awareness through innovative approaches and engaging private practitioners and local leaders.

Our efforts also continue to support the government on national and sub-national immunisation days to raise awareness and help people get their children vaccinated on time always through our robust network of over 12 lakh rotary members in India. Our target till 2022 is to continuously support the efforts of the states and districts for advocacy and community mobilisation for polio eradication programme, routine immunisation including Mission Indradhanush, Intensified Mission Indradhanush and Measles-Rubella.

Pharmacogenomics- Essential to end the era of trial and error medicine

‘We keep five principles in mind when designing any healthcare-related…