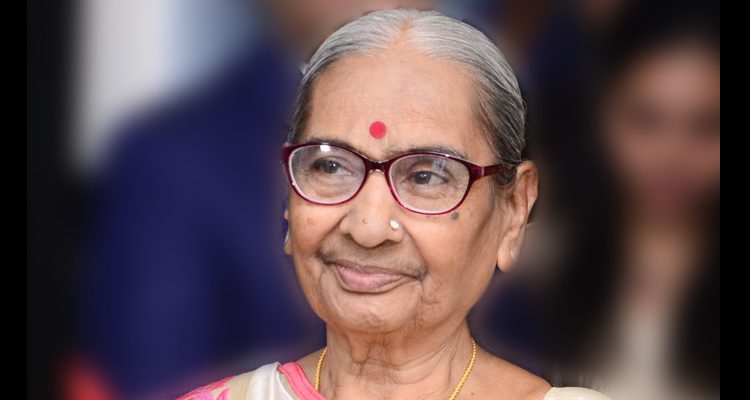 She was administered clot-busting medication; this timely intervention saved her life, she is now back to her routine

Nirmala Desai, 84 year lady, a resident of Mumbai, suffered from an on April 2, 2019. At the time of presentation, she had lost her speech and was unable to move her right upper and lower limb. She was brought to Wockhardt Hospital during the crucial window period. She was administered clot-busting medication (thrombolytic therapy); this timely intervention not only saved her life but now she happily sings bhajans and is back to her routine.

Rapid modernisation and sedentary behaviour has increased the burden of lifestyle-related diseases in India. Stroke is one such lifestyle-related illness and is increasingly becoming a leading cause of death and disability in India. Every year 1.5 million cases of new acute stroke occur in India resulting in 0.5 million deaths.

Last few years have witnessed significant advances in the management of acute stroke. The availability of clot-busting medications and devices that can mechanically remove the clot from the involved blood vessel has revolutionised the management of stroke; however, the success of these interventions is time-dependent. Patients who reach the hospital within the window period that is within 4.5 hours of the onset of stroke, which in some cases can be extended up to six hours remain eligible for receiving thrombolytic therapy or mechanical clot retrieval therapy.

Nirmala Desai reached the hospital within 20 minutes of the onset of stroke. As soon as the family members noticed that she was unable to speak and move her right upper and lower limb, they suspected stroke and equipped with comprehensive stroke care services to the hospital. She was evaluated by our emergency team and after determining her eligibility, she received thrombolytic therapy.

Dr Prashant Makhija, Consultant Neurologist, Wockhardt Hospital Mumbai Central said, “The patient suffered from an acute ischaemic stroke. An ischaemic stroke is a medical condition in which interruption of blood supply to the brain results in cell death. When the patient was admitted in the hospital, she exhibited symptoms like loss of speech and inability to move her right upper and the lower limb. After she was evaluated in the emergency, she was immediately taken for MRI of the brain which showed early evidence of stroke. She was then administered thrombolytic therapy. It is a treatment to dissolve clots in blood vessels, enhance blood flow and thus prevent damage to the involved part of the brain. It involves administration of clot-busting drugs through an intravenous line or through a long catheter which passes through the involved blood vessel and delivers drugs directly to the site of the blockage. When the drug fails to dissolve the clot, mechanical retrieval of the clot can also be performed through specialised clot-retrieval devices.

After receiving thrombolytic therapy, Desai started showing response and nearly an hour of the administration of a drug, she started speaking and was able to move her immobile limbs. She was discharged after four days and now happily sings bhajans and is back to her routine. If the patient would not have received timely treatment, she may have lost her speech and could have been rendered permanently disabled. It is important to sensitise the general public that whenever they suspect a person is having a stroke, they should immediately rush the patient to a hospital equipped with comprehensive stroke services wherein he/she can be treated at the right time.

Desai said, “After I suffered from a stroke, I wasn’t able to communicate or move my hands and legs at all. I was afraid that I would never be able to speak again. But I would like to thank Wockhardt Hospital, for giving me a new life. I love to sing bhajans and now, I can do so, as well as move freely.”

Member companies ready to brace up for any shortages in medical equipment : MTaI