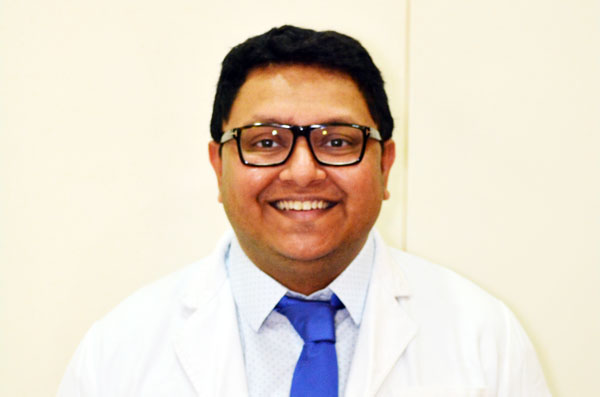 I am sure there are many who have heard of the term – Endometriosis, but the question truly is how many people know of this condition in it’s true sense. India which is one of the most populous countries in the world, has an estimated 25 million women suffering from Endometriosis and this number is increasing by the day, as per the Endometriosis Society of India. These numbers are the reported cases of endometriosis. However, there are millions of cases not being reported simply because of the mindset of people in India that revealing it will invite trouble, will stop a girl from getting an eligible groom or will destroy a girl’s career. There are many celebrities in the west living a happy, content life with endometriosis after receiving appropriate treatments.

In the general definition of endometriosis: it is described as a disorder in which the tissue that normally lines the uterus from inside (the endometrium) grows outside the uterus. Here is the clarification – The endometrium is the inner layer of the uterus that is shed off when a woman gets her menstrual cycle every month. However, endometriosis is not endometrium, but they are glands that share similar histological properties to the endometrial glands but differ in a lot of other aspects. Therefore, the most prevalent theory (which is still taught in medical school) of retrograde menstruation is wrong. Retrograde menstruation occurs in most women but that does not mean that all of them will develop endometriosis. The more accepted theory in modern gynaecology is the theory of Müllerianogenesis which suggests that during embryonic development of the Genito-urinary systems, there are tissues that are left behind in the body which later develops into endometriotic tissues. There are various other theories under consideration as well but even today there is no clear-cut evidence supporting a “one-size fits all” theory. Endometriosis produces inflammatory responses leading to scarification, fibrosis, neovascularisation and adhesion formation affecting the ovaries, intestines, fallopian tubes, diaphragm or appendix and even very rarely may occur in the lungs or the brain. Estrogen hormones which are secreted when a woman starts menstruating causes the endometriosis to grow and invade body tissues resulting in painful adhesions, scarification and disruption of other organ systems. The most common symptom is dysmenorrhoea which starts from a very early age. These young girls are very susceptible to think that there is something wrong with them because all their peers handle period cramps quite normally but for them it turns into a nightmare. Tissue growing into the rectum and bowel produces constipation or diarrhoea, if it grows into the ovary or tubes it causes infertility, if it grows within the vagina and the back of the uterus it causes painful sexual intercourse known as dyspareunia. The disease grows like a cancer and pulls everything toward it causing entrapment of nerves and produces new blood vessels. This causes sequelae depending what nerves and vessels are impacted ranging anywhere from sexual function to altered urinary function and/or bowel functions.

The most common  symptom of endometriosis is pelvic pain. This pain manifests in many ways:

I also want to highlight the fact that endometriosis does not equal infertility. About 1/3rd of women with endometriosis suffer from subfertility. It just implies that some women may have a harder time becoming pregnant, but they surely can. Endometriosis causes adhesions and scar tissue which cause the internal organs to get stuck to each other. This may result in blockage of tubes or ovaries. Once the endometriosis is treated then women can usually conceive naturally without any assisted reproductive techniques.

This makes diagnosing endometriosis a challenge, and therefore an experienced gynaecologist should be able to recognise symptoms  suggestive of endometriosis through talking with the patient and obtaining a  history of her symptoms. For this to be effective, it is important that the patient is honest with her physician about all her symptoms and the pattern of these.

An ultrasound, MRI and CA125 levels are some of the other tests that may be performed pre-operatively to help with the differential diagnosis.

Maulvis roped in to spread awareness on vaccination drive in Thane