Is mental healthcare becoming a reality? 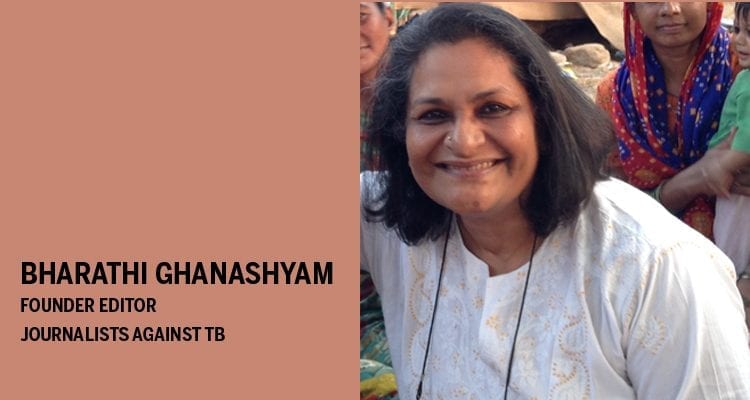 Nearly 150 million Indians are in need of active intervention for mental illnesses, with the treatment gap as high as 70-92 per cent for different disorders. Bharathi Ghanashyam, Founder/Editor, Journalists Against TB, reviews what India has to offer in terms of commitment and legal frameworks

My father set out on a sunny Sunday morning for his daily round of golf, promising my mother he would be back in time to take her out for lunch. The next we heard was that he had suffered a cardiac arrest on the golf course and passed away before he could receive help.

Mum seemed to have taken the shock in her stride and coped well for a few years after that. Change crept in so insidiously it took us a while to realise she needed help. She would often wake up disoriented in the night and ask when Dad would return home. She forgot numbers; even simple tasks were difficult to accomplish and she began abusing sleeping pills and pain killers. She was diagnosed with clinical depression and put on medication.

Now, years later, at 84, cured completely, she lives alone, keeps track of her own finances and is a feisty woman no one can take for granted. Mum’s story had a happy ending, probably owing to the comparatively progressive environment she lives in but there are millions of people suffering curable mental illnesses who are not so fortunate.

Mental illness is complex and not a ‘one size fits all’ problem. A simple Google search for types of mental disorders throws up 45 kinds. And yet, it seems a large section of society perceives mental illness as a simple, linear condition, commonly termed ‘madness’. People with mental illness are victims of stigma, judgmental attitudes and lack of support, and suffer needlessly, despite help being available.
The problem begins with imagery. Ably fuelled by ill-conceived scenes in cinema that make caricatures of them, people with mental illness are perceived as creatures to be feared and shunned or put away in homes. Even worse, they are often left to the mercy of quacks and tantriks who use inhuman methods to ‘cure’ them. The truth is that mental illness is all around us in imperceptible ways. All or any of us could be suffering from some form of it, and not even be aware.

According to the National Mental Health Survey of India, 2015-16 conducted by Nimhans, Bengaluru, and supported by the Union ministry of health and family welfare, at least 13.7 per cent of India’s general population has suffered from a variety of mental illnesses and 10.6 per cent of this requires immediate intervention. In all, nearly 150 million Indians are in need of active intervention and the treatment gap is as high as 70-92 per cent for different disorders. Seeking care could take from 2.5 months for depressive disorder to 12 months for epilepsy. The report also went on to state that almost half of those with mental disorders suffered disability on all three domains i.e. work, social and family life. This indicates a gap in treatment availability as well as demand.

Societal attitudes and fear of stigma and isolation, coupled with poor awareness on mental illness undoubtedly deter patients from seeking treatment. However, it is also important to consider whether treatment is easily accessible for patients. A look at what India has to offer in terms of commitment and legal frameworks. India is a signatory to several international conventions and declarations, such as the Alma Ata Declaration of 1978, which states that health, which is a state of complete physical, mental, and social wellbeing, and not merely the absence of disease or inﬁrmity, is a fundamental human right. 40 years later, this commitment was reiterated in the Astana Declaration 2018. India also signed the UN convention on the Rights of Persons with Disabilities in 2006, which includes people with mental impairment. India has a Mental Health Act and the Persons with Disability (PWD) Act, which provide for treatment, protection against human rights abuses, and equal opportunities for the mentally ill. As per Section 18 (2) of the Mental Healthcare Act, 2017, Section 18 (2) “The right to access mental healthcare and treatment shall mean mental health services of affordable cost, of good quality, available in sufficient quantity, accessible geographically, without discrimination on the basis of gender, sex, sexual orientation, religion, culture, caste, social or political beliefs, class, disability or any other basis and provided in a manner that is acceptable to persons with mental illness and their families and care-givers.”

Strong commitments, but where are we on the ground? What are the barriers we need to overcome in the path to ensure that everyone everywhere is able to enjoy the highest possible standard of mental health?

Dr Soumitra Pathare, Director, Centre for Mental Health Law and Policy Indian Law Society, unravels the layers that need to be addressed, “Governments both state and central have for long neglected building institutional capacity for implementation of mental health programmes. There is a lack of human resources for mental health service delivery. This does not just include doctors, but also nurses, social workers, psychologists, lay counsellors etc. The problem is compounded by inadequate funding. All these issues are inter-linked and one cannot address just one of these and expect implementation to happen.”

He strikes a positive chord too. “The Mental Health Care Act has made access to mental health care a justiciable right. There is an emphasis on training PHC staff in the District Mental Health Programme (DHMP). Change is happening, albeit slowly.”
A visit to an Urban Primary Health Centre (UPHC) on the fringes of a posh locality in Bengaluru reveals a heartening scenario. The guidelines of the DHMP are prominently displayed in the Medical Officer’s office. She declined to be named but said she regularly sees and counsels and treats people with common medical disorders such as anxiety, sleeplessness and feelings of hopelessness. She also reports that several men attempting to give up alcohol, and who are grappling with withdrawal seek help. She says, “I have attended trainings on how to deal with these cases and am happy that we are making a difference. Patients come back and share that they are better. We refer the cases that need a higher level of care to the Psychiatrist at the General Hospital. ”

Dr N S Prashanth, Faculty from Institute of Public Health, Bengaluru, who has hands-on experience in providing mental healthcare at PHCs, spotlights the magnitude of the task at hand, “While the DMHP has made a great beginning by placing psychiatrists in most district level hospitals, it is important to strengthen referral pathways from PHCs and ensure continuing support to PHC doctors. There is also a need for building the capacity of thousands of ASHAs and ANMs to diagnose and manage mental health problems in community settings.”

The bustling General Hospital at Yelahanka, Bengaluru Urban District has a Psychiatrist in place, indicating that the pathways are getting defined well. Dr Asma Tabassum, Administrative Medical Officer strikes a note of caution, “We have the facilities but I fear that a lot of people in need of care do not seek it. They prefer to go to tantriks. This must change.”

A consultant psychiatrist working with the DMHP lists the problems on the ground, “Karnataka has progressed well with the DMHP. It has been rolled out across the state. However, the issue is not only with access to care. It is also a matter of demand. I often see patients with severe mental disorders who have done the rounds of quacks and holy men and spent a lot of money with no impact. When they come to us and get better, they often regret not coming earlier. This calls for much greater awareness to be built among the general population on the curable nature of mental illness, and the need to seek the right kind of help.” He continues, “There is a need for dedicated staff at PHC and other levels, such as psycho-social workers. Currently the staff is multi-tasking and might not be able to devote the time required for the various kinds of support that mental illness demands, such as community level motivation, care-giver and patient counselling. They might also lack the level of skills required.” He ends on a positive note, “We are however progressing slowly and the coming years will definitely show a good picture.”

That there is change is evident. But currently, there are more questions than answers. Within Karnataka itself, what is the level of penetration into rural and underserved areas? Is mental healthcare delivery consistent and of high-quality? How about the rest of India? What about awareness measures? It would be tragic if access is provided and there are no takers. This can lead to the real danger of initiatives being watered down owing to poor demand.

Are these in place? The Government of India is committed to providing free services. How about funding for the task at hand? More questions. But that is for another story. For now, the changes and progress are encouraging. The need of the hour is to increase demand for mental healthcare through awareness and back it up with quality care. The rest will follow.