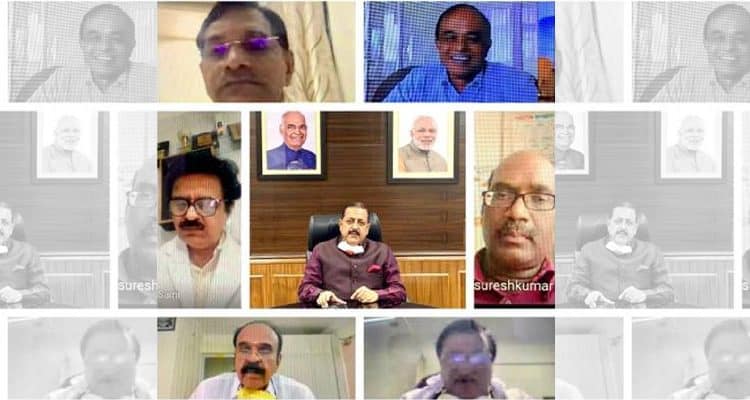 Presiding over the meeting, Dr Singh complimented the medical fraternity of India for having commendably lived up to the occasion and successfully fought the war against corona. He said the medical fraternity, as well as health infrastructure of India, had, during this time of crises, proved to the world its inherent potential and capacity to reorient itself at short notice and successfully discharge its responsibilities to the community.

Dr Singh referred to the non-pharmacological practices in medical management, including hygiene and cleanliness, which were prevalent in India till the 1970s or 1980s before the advent of superior anti-microbial drugs. To that extent, he said, Indian physicians are better tuned to deal with infections and communicable diseases compared to most of the western physicians.

Dr A Muruganathan, who moderated the webinar, spoke about the need to popularise the use of AarogyaSetu and focus on Indian models of prevention and subscription-based health insurance practised in some of the hospitals, particularly in South India.

The task ahead now, said Dr Singh, is to focus on the preventive aspects and gear up for pandemic preparedness for all times. In this regard, he also referred to the Ayushman Bharat which is a unique health insurance scheme, which could be further worked upon to become more extensive and inclusive.

Various suggestions that came from the participant doctors included the need to have fewer regulations on the private sector, urgent need to check unlicensed practitioners, doing away with avoidable procedures so that young medicos could be encouraged to set up medical clinics, promotion of PPP models etc.