It would cost only 0.1 per cent of COVID-19 losses to discover 500,000 zoonotic viruses: Dr Shahid Jameel 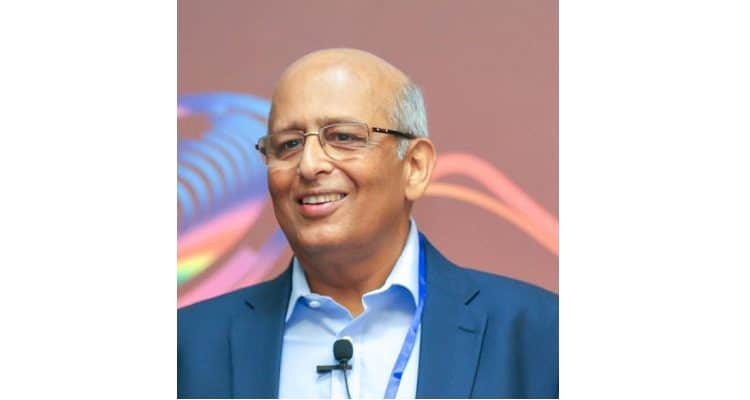 Leading virologist, Dr Shahid Jameel, CEO, Wellcome Trust-DBT India Alliance and Director, Trivedi School of Biosciences, emphasises on the role and importance of robust public health systems and research programmes to deal with healthcare challenges, as he shares insights on some crucial lessons learnt from the COVID-19 pandemic, in an exclusive interaction with Lakshmipriya Nair

Are we seeing a re-emergence or advancement of different strains of infectious diseases? What are the major causes for it?

Diseases are emerging and re-emerging all the time. A 2008 study of emerging infectious disease (EID) events between 1940 and 2004 found these to be distributed non-randomly across the globe. It found EIDs to be dominated by pathogens that emerge in wild animals and then transfer to human populations to cause disease, and that such events were increasing over time. The causes are complex. As human and livestock populations have expanded, there are increasing demands on land, which leads to deforestation. This has increased the frequency of contacts between wild animals, domesticated animals and humans, and with it the threat of new diseases emerging into human populations.

Animal spillovers account for two-thirds of all human infectious diseases and three-fourths of newly emerging diseases. The spillover potential is greatest for viruses from domestic animals and species that are better adapted to human landscapes, and from wild animals whose habitats have been exploited or destroyed. Birds and mammals (including bats) have many potentially zoonotic viruses, and more frequent animal-human contacts increase the spillover probability. Anthropogenic activities and environmental change remain the biggest drivers for spillover of zoonoses. This can happen directly through animal bites, the consumption of raw or undercooked meat or other animal products, or through contaminated water. Indirect spillover results when humans come into contact with infected animals or through vectors such as mosquitoes, ticks, etc. Both wild and domesticated animals can pass the disease to humans.

According to you, what are the measures needed to monitor, study, and control the outbreak and spread of acute infectious diseases? What are the broad-based strategies and research programmes that need to be developed for better understanding?

As human activity increases, diseases will continue to emerge. The key is to be able to monitor these in animal populations before they get into humans. Over 75 per cent of emerging zoonotic diseases over the past 50 years are caused by viruses. While we know of 240 zoonotic viruses, there are an estimated 500,000 viruses yet to be discovered. These circulate in animals and though not all will make us sick, some will. The first step towards mitigation is to know potential pathogens that are likely to emerge. The tools for discovery are available, and once we discover these we can quickly develop diagnostics and vaccines. But it is the lack of public (and political) will and consequently the lack of funds in peacetime that prevent us from doing so. While the COVID-19 pandemic is estimated to lead to global economic losses of about $5 trillion, it would cost only about $4 billion, i.e. 0.1 per cent of COVID-19 losses to discover all those 500,000 viruses. This would be a fantastic return on investment.

Of course, once we decide to do this, just like with the Human Genome Project, it would lead to developing even better and more affordable technologies. It would also spur other discovery platforms and research programs directed towards what we discover. Science is a very powerful tool to discover and mitigate future threats, but we need to invest ahead of time and not just during an outbreak.

Are we (India) making sufficient investment in intellectual and economic resources to investigate the causation of these illnesses?

Unfortunately not. India is projected to be a hotspot for the emergence of new diseases, but our capacity to detect these in time is woefully inadequate. Building a robust public health infrastructure that brings in elements of discovery, surveillance and surge capacity is the key to protecting not just our population but also people in other countries. Today a new infection can travel around the world in less than 24 hours, much less than the incubation period for most diseases. As we have seen with COVID-19, besides economic losses there is also a loss of prestige and goodwill for the country from where a new disease spreads around the globe. Besides being a matter of national security, it is also a matter of national prestige as we aspire to be a world power.

What kind of improvements and advancements are needed in animal health and veterinary science to prevent and contain the spread of infectious diseases as many seem to have a zoonotic origin?

Research in India in veterinary diseases and animal health lags far behind that in developed nations. With over 1.3 billion people, 536 million livestock and 851 million poultry, India has the world’s highest density of each and is thus a ripe ecosystem for pathogen exchange. There are 117 species of bats in India, but what viral secrets they hold remain unknown. Research and investments must increase in these areas. Equally important is a ‘One Health’ approach in which animal and human health are treated in unison. The coordination is often missing simply because scientific research, animal and human health are managed by different government ministries – Science & Technology, Agriculture and Health & Family Welfare, respectively. This must change towards more effective collaboration.

Have the overuse and misuse of antibiotics led to drug resistance in infectious diseases, even in those caused by viruses? If yes, how can this problem be tackled?

Certainly. Antimicrobial Resistance (AMR) presents another serious challenge for the treatment of known infectious diseases. Till the 19th century, all known pandemics were due to plague, a bacterial disease. However, with the discovery of Penicillin in 1928 and subsequently other classes of antibiotics, bacterial diseases became treatable and no longer a pandemic threat. Viruses were just beginning to be understood towards the late 19th century, even though the largest viral pandemic in history – the Spanish Flu of 1918-20 – was not understood till much later when the electron microscope was invented in the 1930s and viruses were first visualised. Antibiotics don’t destroy viruses, but AMR can lead to uncontrolled secondary bacterial infections following a viral infection. The nexus between tuberculosis (a bacterial disease) and AIDS (a viral disease) is too well known. Antibiotic-resistant TB is a severe challenge and the cause of high mortality in immunocompromised AIDS patients.

However, viruses can also become resistant to antiviral drugs, if these are not used judiciously. Viruses mutate much more rapidly than bacteria, and if a random mutation occurs that allows the virus to escape an antiviral drug, such populations expand into drug-resistant viruses. This has led to strains of HIV (the causative agent of AIDS) to quickly become resistant to single-drug treatments. And this is the reason why AIDS patients are treated with a combination of antivirals that target different parts of the viral multiplication cycle. It is much more difficult for a virus to simultaneously become resistant to multiple antivirals.

What are the most significant wins and major lapses in the way the coronavirus pandemic is being handled, in India and globally?

India now has the third-highest number of confirmed cases and the fourth-highest number of COVID-19 deaths in the world. With this background, one can hardly talk about any wins. We can possibly take comfort in the fact that mortality per million population is about an order of magnitude lower than some other countries like the US or countries in Latin America and Western Europe. But, this reduced mortality is seen not just in India but also in all other countries in South and Southeast Asia and is likely to have a biological basis (e.g. population genetics, exposure to other viral infections, etc.).

Though the national lockdown was brought in early, a major lapse has been the way it was implemented. A public health emergency soon turned into a law and order problem. A four-hour notice to lockdown left millions without livelihood and sustenance and caused a huge migrant crisis, which moved the virus from large cities to small towns and villages. With poor healthcare infrastructure in these places, we may not even know the real extent of the problem. Though a national lockdown delayed the early peak, it also led to an economic crisis, making continued lockdown a policy with diminishing returns.

A key win, if there is one, is how scientists, doctors and other healthcare professionals have come together to fight the pandemic. Our recovery rate compares to the best in the world. Our testing has increased due to impressive voluntary efforts. Many indigenous technologies have been developed to fight COVID-19. For example, before the pandemic, India hardly made any personal protective equipment, but we are now the world’s second-largest producer.

What are the lessons we can learn from the outbreak and containment of other disease epidemics/pandemics such as Ebola, Zika, SARS etc.?

The key lesson is that good public health systems, backed by effective surveillance and epidemiology are required to contain outbreaks. That happened with SARS in 2003, with Zika in 2015 and Ebola in 2014-16. But all these measures were reactive in nature, i.e. only after the outbreak had affected large numbers of people and caused significant mortality. The frequency of new emerging diseases has increased to about three per year. In the entire 20th century, there were three pandemics – Spanish Flu (1918), Asian Flu (1957) and Hong Kong Flu (1968). In just the first two decades of the 21st century, there have been two pandemics – Swine Flu (2009) and COVID-19, with a few other pandemic threats. Therefore, the lesson for the future is to work proactively. We have the tools but must find the public will to support these efforts.

What have been the crucial learnings for virologists and other public health professionals from the coronavirus pandemic?

Viruses and the diseases they cause are full of surprises and have a sobering effect on scientists who study them. Though SARS-CoV and SARS-CoV2 are closely related viruses, the former caused less than 9000 infections and about 850 deaths in 2003, but for the latter, till date, there are over 23 million confirmed cases and over 800,000 deaths. We don’t fully understand why this is so? One reason may be that while the former was shed only when infected people showed symptoms, the latter starts shedding a few days prior to symptoms. The latter is a virus much better adapted for human-to-human transmission compared to the former, even though they are 80 per cent identical. Eight months into the pandemic, we are still learning key clinical features, transmission dynamics, immune responses, etc.

Another key learning is that pandemics are not just biological but also sociological events. Once human-to-human transmission begins, the spread depends on human behaviour, which is complex and difficult to model. Behaviour change – wearing masks, hand hygiene and distancing – may seem like simple mitigation strategies, but are hard to implement as a public health measure. The key to this is building trust, which we failed to do, not just in India but in many developed countries as well.