The healthcare vertical is rife with error and misuse 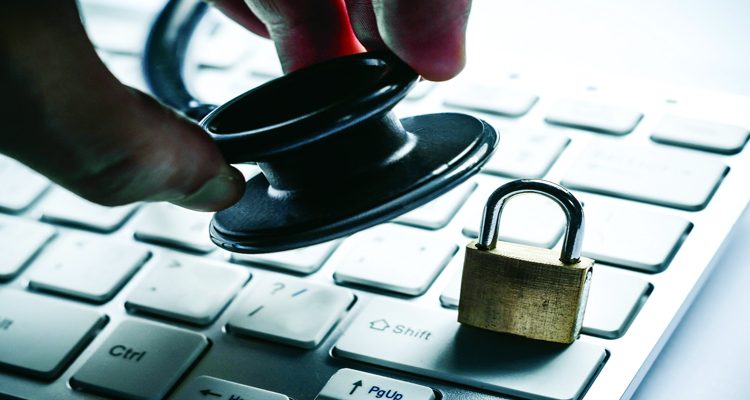 Ashish Thapar, Managing Principal and Regional Head – APJ, Verizon in an interaction with Sanjiv Das, elaborates on the alarming rate of breaches in the healthcare sector, its impact and ways to prevent it

What was the methodology used to collect the data? How many countries/focus areas were taken into consideration while going in for collecting the data?
The collection method and conversion techniques differed among contributors. In general, three basic methods (expounded below) were used to accomplish this:

For a potential entry to be eligible for the incident/breach corpus, a couple of requirements must be met. The entry must be a confirmed security incident, defined as a loss of confidentiality, integrity or availability. In addition to meeting the baseline definition of ‘security incident,’ the entry is assessed for quality. We create a subset of incidents (more on subsets later) that pass our quality filter. The details of what is a “quality” incident are:

What makes it more vulnerable and how can the vulnerabilities be fixed?
Healthcare is not only fast paced and stressful, it is also a heavily-regulated industry. Those who work in this vertical need to do things right, fast and remain in compliance with legislation such as HIPAA and HITECH (in the US) and other regional or global data privacy statues. Effectively monitoring and flagging unusual and inappropriate access to data that is not necessary for valid business use or required for patient care is a matter of real concern for this vertical. Across all industries, internal actor breaches have been more difficult to detect, more often taking years to detect than those breaches which involves external actors.

Another concern that is bothering the healthcare companies is the threat of medical devices being tampered with or made to malfunction by adversaries. These are very scary scenarios where let us say an insulin pump, drug infusion pump or a pacemaker; the devices that keep people alive, can be hacked to malfunction leading to a critical medical emergency for a patient. Things to beconsidered to avoid vulnerabilities:

Can you elaborate on how huge can be the adverse impact of breaches of medical data?
The impacts of medical data breaches could be humongous. Healthcare sector has seen a great amount of digital automation and it continues to advance in how medical care is being provided to patients which often results in more data being gathered and processed. The sensitive patient data or protected health information (PHI) is processed and transmitted across several systems that may not be adequately protected against cyber-attacks. In the hands of criminals, PHI can be abused in all types of crimes including identity theft, prescription fraud, and the provision of medical care to a fraudulent third party in the victim’s name. Another very important perspective is that the healthcare data has a very long/permanent life as it cannot be changed unlike a credit card information which can always be changed to limit the exposure.

How has India fared in measures to prevent data breach as compared to other countries?
The healthcare industry in India is growing at an exceptional rate of 15.92 per cent per annum, according to the Indian Pharmaceutical Congress, which will help the industry grow to the $55 billion mark by 2020, positioning India in the sixth place globally. Apart from the growth of the industry, digitalisation has also led to a rise in collection and analysis of data making it susceptible to the cyber criminals and being infected with malware. With the right to privacy now being made a fundamental right in India and increase in the number of data breaches, the Ministry of Health and Family Welfare (MoH&FW) has decided to roll out the draft legislation titled Digital Information Security in Healthcare Act (DISHA). The act seeks to regulate the generation, collection, storage, transmission, access and use of all digital health data. Further, the personal data protection act (yet to be passed in the parliament) should pave the way for stronger data protection framework in the country A regime to mandate disclosure of data breaches to regulators and affected entities would also be very helpful in creating effective deterrence and transparency in the industry.

What type of steps are required in terms of building policies, creating strategies and investment at micro and macro level?
A critical step in defending your reputation and the security of your customers is managing the risks involved in collecting and storing personally identifiable health information. The question to be asked is ‘Are you protecting against today’s threats or tomorrow’s?’ Below are a few points to consider protecting the healthcare industry from an attack:

Risk management in combination with robust cyber response strategy is the key to both mitigation of cyber threats and recovery from a breach. A healthcare entity that knows the risks and controls the data flowing both within and outside its walls is better equipped to protect sensitive data, mitigate and respond to possible security incidents and, most importantly, assure the safety and security of its patients.

Pregnancy coaching is becoming increasingly popular as a ‘work from home’…

4baseCare to offer targeted oncocare tests at one-fourth the cost

As ICMR has approved the guidelines to include asymptomatic people, employers will…