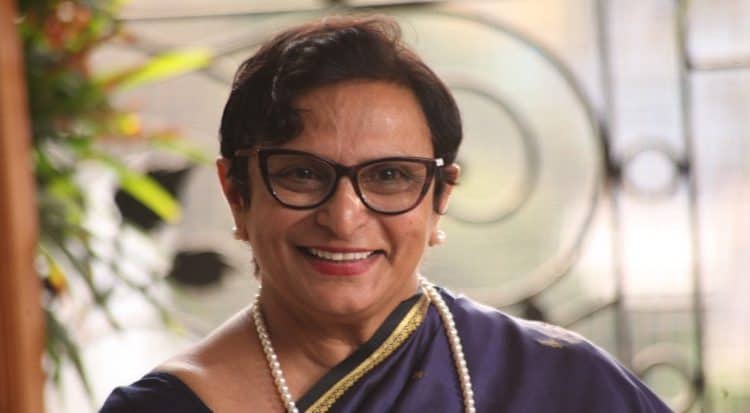 Dr Villoo Morawala-Patell, Founder, Avesthagen and her team has been researching on genetic basis of disease risk associated with longevity and the endogamy prevalent within various communities. Their purpose is to deliver population-specific qualified biomarker targets to achieve the holy grail of genomics – predictive, preventive, and personalised medicines. In an interview with Raelene Kambli, Dr Patell reveals more on their research and its application in the development and validation of cancer biomarker. She also delved into explaining the need for a cross-disciplinary integration of scientific and clinical expertise for research especially in the field of cancer

What according to you is the most promising area of your current research?

The most promising area of our current work in terms of innovation is the significant and prolific outcomes from the Avestagenome Project for cancers, neurodegenerative conditions, and rare diseases. Our recent work on the genomics of the Zoroastrian-Parsis converges, ancient history, human migration, endogamous population genetics, social behaviour and customs that express in genetic signatures of wellness and health.

Specifically, we present a population genetics study wherein we assembled the first, de novo Zoroastrian-Parsi Mitochondrial Reference Genome from one individual and the first Zoroastrian-Parsi Mitochondrial Consensus Genome derived from the assembly of 100 complete mitochondrial genomes of the dwindling, endogamous, non-smoking Zoroastrian-Parsi community of India. Phylogenetic analysis of the 100 Parsi mitochondrial genome sequences, showed a largely Persian origin for the Parsi community of India. Disease association mapping showed that the majority of the mitochondrial variants to be linked longevity and its associated conditions revealing the genetic basis for many of the heritable diseases in the community like cancer, neurodegenerative diseases like Parkinson’s, Alzheimer’s and many rare genetic conditions. Our study is a first in tackling the genetic basis of disease risk associated with longevity and the endogamy prevalent within the community. The outcome of this study has an impact on all populations

So, your paper suggests that Zoroastrian-Parsi genes may help scientists characterise biomarkers predictive of diseases caused by tobacco use, such as lung, head and neck, and oesophagus cancers. Can you elaborate on the same?

How helpful is this information for your research and what does it imply?

Our study is unique and provides a road map for understanding the genetic factors that underlie ageing and longevity associated diseases. A vast majority of the 420 mitochondrial variants are associated with longevity and conditions like Parkinson’s disease, Alzheimer’s disease as well as breast, colon, prostate, ovarian cancer, infertility disorders like asthenozoospermia and rare neuronal diseases associated with mitochondrial dysfunction. Indeed, epidemiological studies of the community do show a preponderance of these diseases and a strong bias for the inheritance of these genetic disease variants owing to the practice of endogamy within the community. Our current study will complement our research goals as we accelerate our whole-genome analysis of the Parsi community to identify from the control population, alongside other comparative population subjects. The purpose is to deliver population-specific qualified biomarker targets to achieve the holy grail of genomics – predictive, preventive, and personalised medicines.

What are the key findings of this study?

Our insights from the assembly of the archetypical Zoroastrian-Parsi mitochondrial genome extend from human migration to the genetic basis of disease prevalence. Our phylogenetic analysis shows a largely Persian origin for the Parsi community and revealed the presence of seven major haplogroups and 25 sub-haplogroups in our study group. We believe the strict endogamy practised by the Zoroastrian-Parsi community, has meant that their maternally inherited mitochondrial genome has remained largely unchanged from that of their ancestors in Old Persia. We also see the prevalence of genetic variants, specifically 217 unique variants linked to longevity and 41 longevity associated conditions like cancers, neurodegenerative disease, and rare diseases. We did not find any mitochondrial variants previously reported for lung cancer in our study and found an extremely low frequency of mutational signatures linked to tobacco carcinogens, reflective of the strong disapproval of smoking in the Zoroastrian religion. Another exciting outcome of our study is the discovery of 12 unique mitochondrial gene variants distributed across 27 subjects that have not been reported in public databases that index mitochondrial variants discovered thus far in other studies. We are currently in the process of investigating their function in the context of diseases.

So, you mean the gene expression picked from this study can be implemented to tailor adjuvant therapy among common cancers?

Mutations in mitochondrial DNA (mtDNA) can cause a range of incurable and life-limiting metabolic diseases in humans. Our current study has identified crucial disease associated with genetic variants in the mitochondrial genomes of the Zoroastrian-Parsi community. Our study is a necessary first step to tailor therapeutic strategies that involve targeting validated mitochondrial biomarkers involved in diseases. Given the advent of technologies that enable precise genome editing like CRISPR, we believe our study will benchmark crucial mitochondrial disease-associated variants, classify its prevalence and risk outcomes to complement and tailor therapies that can correct genetic mutations, thus improving patient outcomes in the case of complex genetic diseases like cancers.

How much of your study will pave the path to an era of personalised medicine?

It may be fortuitous that our current study is published on the heels of another study published describing important milestone in editing mitochondrial genomes. Mok, BY et al (Nature, July 2020) has demonstrated the ability to enable precise editing of mtDNA. Our study and its future outcomes will provide a database of mitochondrial variants associated with various conditions to further enhance the possibility of precisely editing the inheritable mutations in mitochondrial genomes, moving the needle towards personalised medicines.

Are there any indicators that may raise caution?

Indeed, any disease associations in a dwindling population is a cause for concern. We show an increased association of variants with conditions like Parkinson’s disease, prostate, colon and ovarian cancers, rare diseases resulting in an inherited visual disability like LHON, hearing disability, muscular dystrophy like diseases and infertility. Understanding the molecular mechanisms of these variants resulting in clinical manifestations is extremely important in framing healthcare policies that include precise diagnostic platforms for early disease diagnosis and therapy, steps necessary to arrest the declining numbers in communities like the Zoroastrian-Parsis and other close-knit communities across the world.

What are your predictions for the next five years in cancer biomarker development and validation?

In the next five years, understanding of most cancers would be linked to population genetics and would be individualised into specific groups for treatment. Specific targeted drugs linked to a subset of biomarkers found in each individual patient leading to precision individualised therapies would be the order of the day.

Do you think that there is a need for a cross-disciplinary integration of scientific and clinical expertise for research especially in the field of cancer?

Cross-disciplinary research, especially in cancer, is increasingly relevant and important to reducing that gap in what is identified as ‘best practice’ and what happens in clinical care. Narrowing this knowledge–practice gap continues to be a slow, complex, and poorly understood process, particularly for research that encompasses the notion of transdisciplinarity, as in the case of complex diseases like cancers. The assimilation of diverse perspectives, research approaches, and types of knowledge is important in helping research teams tackle real-world patient care issues, create more practice-based evidence, and translate the results to clinical and community care settings.