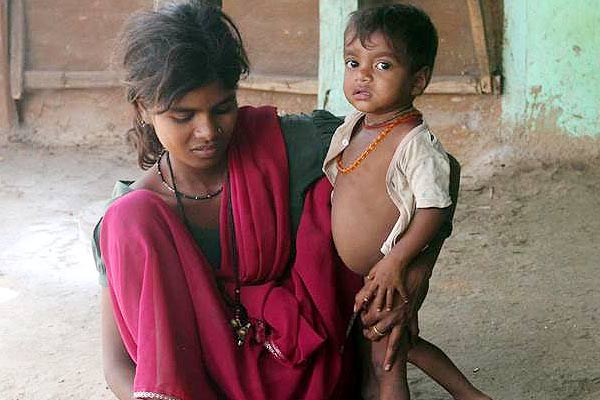 Although child mortality and child growth failure indicators have improved substantially across India from 2000 to 2017, inequality between districts has increased within many states, and there are wide variations between the districts, according to findings of the India State-Level Disease Burden Initiative released recently.

The first comprehensive estimate of district-level trends of child mortality and child growth failure in India published in The Lancet and EClinicalMedicine, stated that if the trends observed up to 2017 were to continue, India would meet the SDG 2030 under-5 Mortality Rate (U5MR) target but not the SDG 2030 Neonatal Mortality Rate (NMR) target.

Child and maternal malnutrition were behind 68 per cent of the under-five fatalities in India, while low-birth weight and short gestation led to 83 per cent of neonatal deaths.

The findings, which are part of two scientific papers on child survival, have been published at a time when the country is fighting COVID-19 pandemic.

Health experts say, “They remind us that while we must do all that we can to control coronavirus infection, other crucial health issues in India should also continue to receive attention commensurate with their contribution to health loss in India.”

The studies stated that the under- five Mortality Rate (U5MR) dropped in India since 2000 by 49 per cent but there is a six-fold variation in the rate between the states and 11-fold variation between districts of India.

The NMR has dropped by 38 per cent since 2000 but there is a five-fold variation in the rate between the states and eight-fold variation between districts of India, the study stated.

“The reduction in NMR has been less than for U5MR, and this reduction has been quite variable across states and districts,” the study said.

Child growth failure, measured as stunting, wasting and underweight has improved in India since 2000, but their rates vary four to five fold between the districts of India and the inequality between districts within many states has increased, it stated.

Preterm birth (27.7 per cent), birth asphyxia and trauma (14.5 per cent), lower respiratory infections (11 per cent) and congenital birth defects (8.6 per cent) were the leading causes of neonatal deaths in 2017. Also,80 per cent of the neonatal deaths were in the early period of 0.6 days.

Rakhi Dandona, Professor, Public Health Foundation of India and the lead author of the child mortality paper, said, “Comparison of child mortality trends in each of the 723 districts of India with the National Health Policy and SDG targets has identified the districts with high gap where more targeted attention is needed. Bringing down death numbers among newborns in the first month of life by addressing specific causes of death is crucial. Malnutrition continues to be the leading risk factor for child death and low birth weight is the biggest component in this risk factor.”

“Even neonatal mortality which was previously slow to change is now showing improvement. This decline needs to be further accelerated. Child malnutrition is a major determinant along with maternal malnutrition for these deaths and should be accorded highest priority for corrective action,” he said.

While stark inter-state and inter-district differences in health and nutrition continue to be challenges, these gaps must be bridged through effective and equitable social development, nutrition and environmental health programmes.

“Our preoccupation with COVID-19 should not let these development imperatives slip into the shadows,” he underlined.

The study stated U5MR and NMR were lower with the increasing level of development of the states. In 2017, there was 5.7 fold variation in U5MR ranging from 10 per 1000 live births in the more developed  state of Kerala to 60 in the less developed state of UP, and 4.5 fold variation for NMR ranging from seven per 1000 live births in Kerala to 32 in UP.

The annual rate of reduction of NMR was lower than that of U5MR in all states during 2010-2017, but this varied considerably between the states, the study stated.