Home  »  News  »  Vaping is much safer than combustible cigarettes 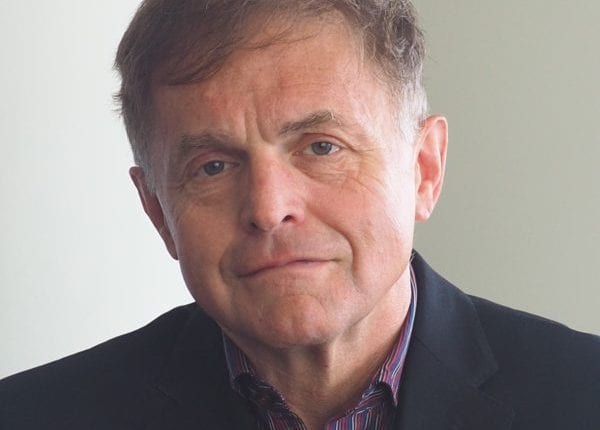 Canada-based policy expert and lawyer, David T Sweanor JD, Chair of the Advisory Board, Centre for Health Law, Policy & Ethics, University of Ottawa recently criticised the Indian Government for enforcing a policy to ban e-cigarettes. In an email interview with Usha Sharma, David expresses his views and believes that India could lead the world on disruptive technology that replaces toxic tobacco products and export products and expertise to other countries

For three decades you have worked on various policies. Give us a brief background to it.

From a young age I was very interested in public policy and public health. By the time I was in law school it was clear that cigarette smoking was the leading cause of premature death in Canada, but the interventions to try to reduce this terrible death toll were weak and not addressing underlying policy issues. Determining what causes disease is a medical/scientific pursuit but dealing with those causes tends to be a legal/political pursuit. So in 1983, I put my career where my interests were and became the first lawyer in the world to work full time in pursuing changes in laws and economics that would reduce cigarette smoking.

Many of the things I became involved with set national and international precedents. In Canada, we reduced smoking by over 40 per cent among adults and over 60 per cent among youth in just a decade. No other country had been as successful at that time, and our policy interventions went global. Measures including the use of tax policy, advertising bans, smoke-free policies, graphic package health warnings and restrictions on points of sale became globally endorsed policies. I worked with international bodies such as the World Bank and the World Health Organization to help make that happen.

Why did you criticise the Indian Government for failing to uphold the rights of the vaping community?

People should be empowered to make decisions that give them more control over their health. That is a basic tenet of public health. Rights of consumers to accurate information and access to safer products and services is also critically important. When there are about 10 times as many tobacco users in India as there are people in Canada, the public health benefits of giving access to far less hazardous alternatives should be a priority and should be a consumer right. Banning the least hazardous products reduces the ability of consumers to protect their health and results in excess disease and death.

Which other countries have banned e-cigarettes? What steps are you taking to educate and inform various countries about e-cigarettes, which according to you are relatively safer than combustible cigarettes?

Many countries initially tried to ban vaping products. Including my country of Canada and places like the United States and New Zealand. But due to people fighting back against measures that put their lives at risk by seeking to deny access to low risk alternatives to cigarettes, combined with thorough analyses showing such products to be far less harmful that smoking cigarettes, the bans are being reversed. In terms of my own actions, I have contributed to submissions to various countries and to global bodies such as the WHO pressing the need for rational regulation of nicotine products.

How can e-cigarettes be a better option for cessation when compared to combustible cigarettes?

Combustible cigarettes lead to the inhalation of smoke, which is what causes the cancers, heart and lung disease. Vaping, like low risk smokeless tobacco products such as Swedish snus, give a much safer option to people who would otherwise smoke. It is a matter of replacing a very high risk activity with a much lower risk one.

Why do you believe that smoke emitted from open fire is more dangerous than combustible cigarettes, please justify it?

No, I believe that the long-term inhalation of smoke in any situation is particularly dangerous. That is why unventilated cooking over open fires or smoking cigarettes leads to premature deaths and disease. Our lungs are not equipped to inhale smoke without deleterious consequences.

Tell us your views on the need for policy change to regulate e-cigarettes in India. What is the scenario in developed countries?

I think we need risk-proportionate regulation. Something that ensures that the more harmful the product, the greater the restrictions compared to less hazardous alternatives. That ‘nudges’ people in a healthier direction. Public education on relative risks reinforces the advantage of switching to lower risk for such products.

India also has an enormous business opportunity. Given the huge market for toxic tobacco products in the country, there is an opportunity for a regulatory system that spurs research and development that can lead to huge new businesses that can do very well financially while doing tremendous good for health. India could lead the world on disruptive technology that replaces toxic tobacco products and export products and expertise to other countries, generating massive numbers of high tech jobs and generating huge wealth while solving one of the greatest health challenges facing the human race.

How can people be more empowered when it comes to take a decision about their own health?

Many of the greatest breakthroughs in public health come from a very simple equation. We give people sufficient information to make informed decisions, give them access to the products and services that allows them to act on that information, and encourage the change to better health through tax and regulatory policies that are proportionate to risks.

Globally, cigarette smoking is currently killing over seven million people annually, or 20,000 each day. We can end this carnage, and to do easily. This should not be a complicated issue. We simply need to align market forces to empower consumers to make better personal decisions.