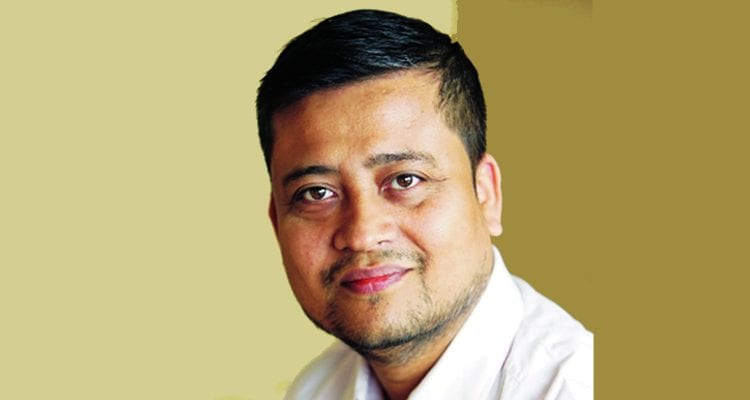 What is the current scenario of child eye care in India?

Since children constitute only three per cent of the world’s blind population, childhood blindness has not been given its due importance as compared to other causes of blindness and visual impairment. However, if childhood blindness is measured in blind-person-years, it is second only to cataract blindness.

What are the major causes of blindness? In what ways can it be prevented in children?

Childhood blindness refers to a group of diseases and conditions occurring in childhood or early adolescence, which, if left untreated, results in blindness or severe visual impairments that are likely to be untreatable later in life. The major causes of blindness in children vary widely from region to region, being largely determined by socio-economic development and the availability of primary healthcare and eye-care services. In high-income countries, lesions of the optic nerve and higher visual pathways predominate as the cause of blindness, while corneal scarring from measles, vitamin A deficiency, the use of harmful traditional eye remedies, ophthalmia neonatorum and rubella cataract are the major causes in low-income countries. Retinopathy of prematurity is a major cause in middle-income countries. Other significant causes in all countries are congenital abnormalities such as cataract, glaucoma and hereditary retinal dystrophies.

What are the other major eye diseases people get affected?

Refractive errors are the largest cause of moderate and severe visual impairment and it is on the rise. Reduced outdoor play and exposure to the sun are increasingly replaced by indoor activities and games for children. This increases the chances of children developing myopia.

Globally, where does India stand when it comes to the visually-impaired population?

India is the second most populous country in the world and home to over 20 per cent of the world’s blind population. Unfortunately, it is also home to the largest number of blind children in any one country. In addition, the divide between the rich and the poor continues to increase, leaving a significant portion of the population without access to basic healthcare services — most of whom live either in rural India or urban slums. A majority of ophthalmologists in India live and practice in urban areas.

How can India be a leader in paediatric eye care? How is Orbis India contributing to this cause?

In 2000, there were only four comprehensive tertiary paediatric eye-care centres in India. At that time, with a population of one billion, India needed 100 Children’s Eye Centres (CECs) as per the World Health Organisation (WHO) guidelines of one centre per 10 million population. Building India’s capacity for paediatric eye-care presented itself as a mammoth challenge. Examining that children need special skills and their treatment protocols require specific training, knowledge and equipment. This meant we had to build the infrastructure for service delivery including equipping the facilities and supporting community work, along with development of all cadres of human resources required. Having the right people in the right place is the cornerstone of any successful public health programme. Keeping all this in mind, in 2002, the India Childhood Blindness Initiative (ICBI) was launched by Orbis to help ensure that India’s children have access to quality eye-care for generations to come.

Today, there are 33 Children’s Eye Centres (CECs) that have been developed with Orbis support across 17 states in India, and the good work is continuing at these child-friendly facilities. This is the largest network of CECs in the world. Besides, some of these centres continue to provide training and support to the eye-care system in India and many neighbouring countries. Further, this model has been successfully replicated in Nepal and Bangladesh. Besides, three of the existing tertiary-level paediatric facilities in the country were developed as paediatric ophthalmology learning and training centres (POLTCs) by providing infrastructure as well as technical support. This included standardisation of the curricula for different cadres of eye health professionals for the CECs and community work.

What challenges do you face in your journey and how do you overcome them?

The India Childhood Blindness Initiative (ICBI) began by identifying tertiary-level eye hospitals where CECs could be established. Further, a country-wide survey was undertaken to generate evidence for human resource and infrastructure requirements for elimination of avoidable childhood blindness. This was the first time that such an extensive survey was undertaken in India. The easier part was the development of infrastructure and systems. The challenging aspect was identifying staff and creating the paediatric ophthalmology teams at a time when paediatric ophthalmology was not recognised as a distinct sub-speciality in India. This resulted in limited career options and therefore, initially, not many individuals were willing to undergo the training. However, today, after almost two decades, we can proudly say that we have played an important role in establishing paediatric ophthalmology as a distinct sub-specialty in the Indian ophthalmology landscape thereby making sure that children across India have access to quality care for generations to come.

Kindly elaborate on the ‘sight saving initiative in India.’ Also, tell us how is Orbis India funded?

Orbis India launched ICBI, our flagship programme in 2002, to help ensure that India’s children across geographies have access to quality eye-care for generations to come. Till date, 33 Children’s Eye Centres (CEC) have been developed across 17 states of the country, and the good work is continuing at these child-friendly facilities.

Orbis is fighting the problem of Refractive Error – the largest cause of moderate to severe visual impairment – through the REACH (Refractive Error Among Children) programme across 15 districts of India.

We have also worked in the areas of eye banking, diabetic retinopathy and quality assurance. Building on our work in quality assurance at eye hospitals, we have developed a Quality Resource Centre which is now supporting eye-care facilities across India and internationally.

Today, we train doctors, nurses, other cadres of eye health professionals, community outreach teams and medical technicians to save and restore sight and leave a lasting footprint everywhere we go. We treat patients with a variety of eye health conditions to preserve and restore sight,expand access by supporting local hospitals and clinics with the infrastructure and systems to provide primary and tertiary care as well as build and improve public awareness around eye health. We stay connected through our digital telemedicine and tele-education platform, cyber-sight, and other initiatives.

ICMR issues revised advisory on use of hydroxychloroquine