4D images assist in analysis of deformation and motion 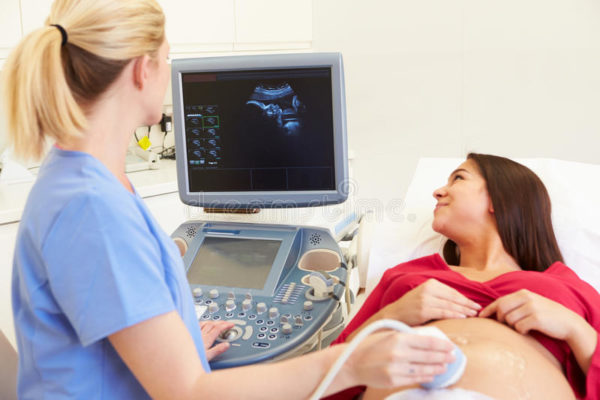 Can you elaborate on 4D radiation therapy in clinical practice and its implications on quality and patient care improvement?

Radiation therapy is a cancer treatment method that employs high-energy radiation beams to destroy cancer cells by damaging the ability of these cells to reproduce. The need for normal tissue sparing is of increasing importance as there is clinical evidence that technologies that allow an increased dose to the tumour while sparing healthy tissue will improve the balance between complications and cure.

Barring brain,  motion affects all tumour sites in the thorax and abdomen, even the pelvis motion broadly has two components:

Traditionally, the planning and delivery of radiation therapy has been conducted as if the patient was static over the several weeks of therapy. Although it has long been understood that this approximation is incorrect, technology was not available to deal with patient motion directly.

Instead, a common strategy employed was to expand the target volume by a ‘safety margin’ to accommodate estimated motion of the target volume, and to then irradiate larger fields under the expectation that this would compensate for the unknown motion.

In the past two decades, imaging, planning, and delivery technologies have progressed to the point that it is now possible to deal with a 4D model of the patient, consisting of three spatial dimensions plus time as the fourth dimension which is simply called 4D radiotherapy.

Because there is no one solution to deal with the different types of motion encountered over all potential treatment sites, techniques to model and deal with various types and magnitudes of temporal change in anatomy are necessarily specific to the site and type of motion. Thus, it would be difficult to provide a general but an in-depth review of 4D imaging and planning methods for all sites. Instead, we have chosen to review 4D imaging and planning techniques for dealing with respiration since this area is the most mature and respiratory management has become very common in the field.

What role does it play in cancer treatment?

Basic 3D medical imaging acquisition and reconstruction principles are based on the assumption that the object being imaged is static over the course of the acquisition. Imaging moving anatomy (such as the thorax and upper abdomen during respiration) violates these principles and results in the presence of artefacts in the reconstructed image. These artefacts can lead to incorrect object position, shape, and size in the image, blurring or distortion of the object boundary, decrease in contrast resolution, and increased image noise.

In radiation therapy applications, the motion pattern impacts target design and delivered dose, and is therefore necessary information to generate an acceptable treatment plan. 4D imaging techniques developed specifically for radiation therapy applications have emerged to capture this information. The introduction of 4DCT into radiation therapy was quickly followed by 4D MRI, 4D cone beam CT (CBCT), and 4D PET. AAPM TG-76 recommends use of the proper motion management and 4D technologies when greater than 5mm motion is observed in cancer (target) in any direction.

What are the tools used in 4D Imaging?

The 4-D images provide geometry (functional) data for treatment which can be used for the spatial/extrapolation  margins prediction during the treatment course.

It has a superior soft-tissue in contrast to CT and has no risk of radiation exposure. It is flexible in image plane selection and offers a variety of image contrasts

How effective is it in emergency medicine?

4D technologies have no utility in emergency medicine. 4D technologies have gained relevance whenever significant normal tissue sparing can be achieved using proper respiration motion management strategies.  This technology is useful whenever we are using high precision radiation therapy in conventional fractionation i.e. 5 fractions a week spread over 6 weeks or Stereotactic Body Radiotherapy (SBRT) where surgical doses of radiation are delivered in 3-8 fractions based on the location of the tumour.

What are the differences between 4D and 5D imaging?

Now there is an advent of 5D imaging, how long will it take for India to adopt it?

5D image processing has become a major challenge within the field of medical imaging. 5D images are dynamic 3D images (4D) that are acquired at multiple time points and patterns of deformations are analysed. A typical example would include dynamic cardiac CT scans and/ or gated cardiac MRI acquired at three-monthly intervals and dynamic cell growth and shape change in weekly intervals. 4D images significantly assist in the analysis of the deformation and motion. The pattern of this deformation and motion can be used for recognition and diagnosis when another dimension is added. Another dimension usually comes from atlas, template, historical data, etc. The correlations in 5th dimension (e.g. the pattern of deformation for dynamic cardiac CT) can be extracted for recognition, tracking and diagnosis. The correlation in the 5th dimension can be widely used in objects tracking and recognition using radar image, cell and sub-cell particle monitoring using microscopic image and medical diagnosis using dynamic CT or MRI. 5D technology is a form of automation where you go through and do a scan and you get the results auto-populated for you.

5D technologies are also used in the ultrasonography and Samsung is the only player in the 5D ultrasound technologies. The whole concept of 5D is workflow – building efficiency, consistency and speed into the reporting by standardising the entire process.

5D imaging technology can digitally scan living tissue and is useful in detecting important biological molecules, especially signs of disease giving insights into understanding how diseases interact within a living organism. The dubbed Hyper-Spectral Phasor analysis (HySP) uses fluorescent imaging to locate proteins as well as other molecules situated in cells and tissue. Using a dye which glows under the skin under certain types of light to tag molecules, HySP is able to pick up specific clusters of diseased cells or tissue. This would make it easier for medical professionals to diagnose and administer targetted treatments.

It is very possible that 5D technologies can be easily adopted into India in the next one to two years as awareness of modalities become more evident. Only factor which precludes early adoption is the prohibitive cost of equipment. As times passes by, pricing will come to more reasonable levels where it can become viable for regular usage.

Qure.ai is focussed on automating reads of X-ray, CT and MRI Scans

CT-detected emphysema is linked to a higher risk of lung cancer: Study