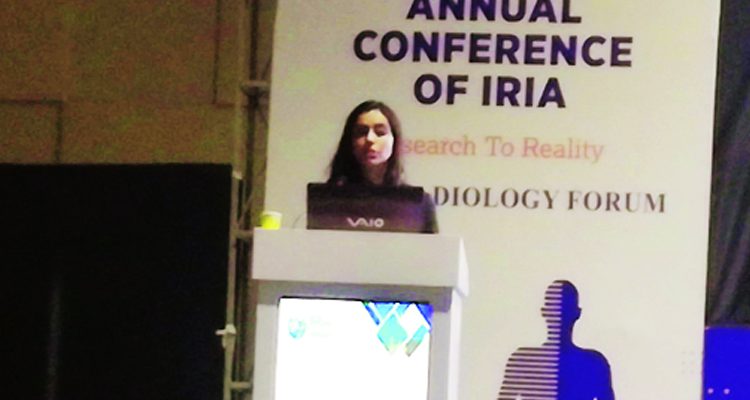 Mild TBI is a leading cause of death and disability with over 42 million cases reported worldwide. It is estimated that 75-90 per cent of traumatic brain injuries can be classified as mild, informed Dr Hemal Grover, Dept of Radiology, Icahn School of Medicine at Mount Sinai, New York during her session yesterday.

She went on to say that the total numbers might be underestimated as many cases of mild TBI are not presented to the ED. Underdiagnosed and unidentified on conventional imaging such as CT, MRI is also the reason why mild TBI can go unnoticed. Dr Grover then explained the definition of TBI in clinical terms and gave a background of the pathophysiology of the post-concussion syndrome that includes metabolic derangements that occur after TBI and animal models point to initial Sodium(Na+) influx and membrane depolarisation. She informed that there is some evidence about ionic imbalance which persists after the injury. Clinically patients can be more susceptible to second injuries, she warned.

Dr Grover then expounded on why Sodium MRI in patients with TBI is suggestive and the applications of sodium MRI which is utilised in the study of the brain, trauma, stroke, multiple sclerosis, Alzheimer’s disease, epilepsy, bipolar disorder and breast tutors. Additionally, she presented her research work that provides much evidence on these facts.
Changes in TSC are believed to reflect intracellular Na+. The report is supportive of the idea that there is ongoing callosal WM Na+ channelopathy after injury, such as channel dysfunction, altered expression. She recommended the use of sodium channel blockers as a potential target for therapy in a patient with mild TBI and post-concussion syndrome.

AI: The radiologist’s friend or foe

Readiness is the key to detect and combat spread of the new coronavirus: WHO

Future of healthcare after the fury of COVID-19: New horizons for radiology