‘Diseases can be prevented by creating and maintaining healthy ecosystems’

Grammy Award winner Ricky Kej, in an interview with Express Healthcare, shares how music can make citizens aware about climate change, in turn leading to the prevention of diseases 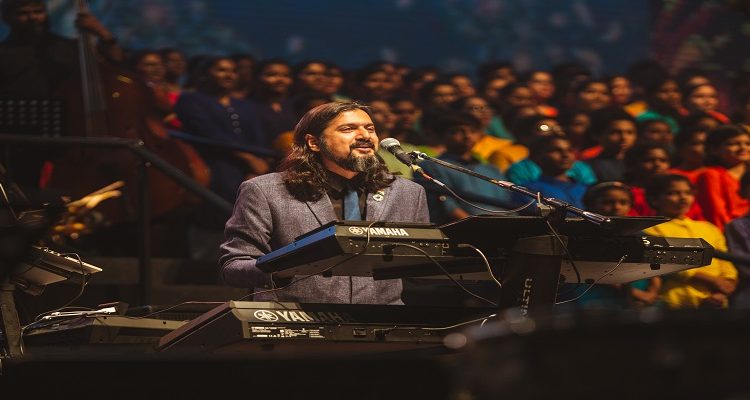 When was the first time you decided to associate yourself with the cause of saving environment? Any particular incident that inspired you to be an eco-warrior?

Music and conservation have always been two pillars that dictate my life. Ever since I remember, I have been a musician. I would learn about different cultures and people through music. It was through my music that I fell in love with our natural world. I found a deep connection within music and nature. I also realised that I loved hanging around with animals and within nature than I did with humans, and I would see a personality in every single animal I saw, including insects and reptiles.

After I won the Grammy Award for my album ‘Winds of Samsara’, our prime minister Narendra Modi invited my wife and me for a private meeting to his office. The meeting turned out to be an hour-long philosophical discussion. The Prime Minister knew that I was a strong conservationist and inspired me to dedicate my life and my music to the sole cause of environmental consciousness. This was the push I needed, and ever since then, my music has been about the environment and raising awareness on climate change.

How can music help and inspire people to save environment and be more aware of health issues?

I am a very strong advocate of the Sustainable Development Goals of the UN. I have always believed that only when people start acknowledging an issue and start a dialogue to solve it, a solution will come. My aim is to inspire this dialogue through my music as music has the power to retain a message deep in the consciousness of a listener. Our audience will sing our songs, and keep humming them many times a day. One goal will catch their attention, followed by another, and another, becoming a topic for conversation that will build into a cause for action. I have performed to audiences consisting of world leaders, decision makers and prominent dignitaries to urge them to create stronger policies to tackle environmental and health issues, and I have also performed to hundreds of thousands of the general public to raise awareness about these issues.

What preventive measures should the government and citizens take to improve and preserve the environment, so that disease burden can be prevented or lessened?

We have to realise that we are all a part of the same ecosystem. We only get what we give and any damage that we cause to our environment by polluting our water, air, land etc. will definitely end up affecting our own health. Diseases can be prevented through creating and maintaining healthy ecosystems. We as humans only protect what we love. As an artist, I have made it my mission to make everyone fall in love with our natural world and hopefully through that love, we will find it within ourselves to clean, protect and conserve the environment. We cannot rely on others to do it for us and we have to take the necessary steps to make this happen.

Music composer, environmentalist and professor – how do you manage all the three roles?

The titles of these roles might be different but they are all interlinked and serve the same purpose. I have dedicated my life and my music towards various causes. I do all I can to create awareness about environment and positive social impact through my music. If we are speaking about creating a more environmentally-conscious society, we need to start with the children and hence, I also focus my messages to the younger generation. Through this, I hope to inspire them to follow their passion and make a positive difference to our planet, no matter what career they choose.

Conferred with the title ‘Youth Icon of India’, what is your message for the youngsters of India? How can they help in making the environment healthier and safer?

India has over 600 million people under the age of 25 and population of youngsters in India is higher than anywhere else in the world. Youngsters today are more in tune with environment and are aware of the effects of global warming. They are more technologically connected than any of the previous generations. They have to understand that sustainability and development can go hand in hand. They have to make better choices in their lives with the products they consume and the resources they utilise. I urge them to come up with better alternatives to fossil fuels, to plastic, to environmental degradation, to marine and air pollution, etc. We need greener technology to sustain our planet and I believe the youngsters of our country can lead the way. The future of India and our planet is in their hands.

Last year, you were appointed as UNICEF’s celebrity supporter for Andhra Pradesh, Karnataka, and Telangana. In line with this, what have been your roles and responsibilities?

With my role as an official celebrity supporter for UNICEF for Andhra Pradesh, Karnataka and Telangana, I hope to uphold the vision and values which guide UNICEF’s work for children, by being their representative, interacting with policymakers and high-level government officials, participating in conferences, summits, advocacy and other such events. Also, I wish to creatively and artistically communicate data and key messages to the relevant authorities/ governments and general public so that it will be understood and retained in their consciousness rather than it just being an academic information, and also make known the exemplary work done by UNICEF in these states and India in general. Through this communication, I also wish to inspire my audience and fans to move to action – for realising our common vision towards ensuring every child is in school, safe from harm and be able to fulfil their potential.

I have worked with multiple state governments. For eg, I worked with the Government of Andhra Pradesh to promote ‘Zero Budget Natural Farming’ by making several trips to the remotest parts of the state to observe and learn first-hand from the tribal farmers about the Zero Budget Natural Farming (ZBNF) technique being followed there. This technique does not use any pesticides or chemicals, and is 100 per cent natural. I noticed the massive difference that this technique is making to the lives of the natives. I tasted the freshest produce. I also musically collaborated with the tribal farmers to create a music video called ‘One with Earth’ to showcase this technique to the world. I launched this song along with the chief minister of Andhra Pradesh, Chandrababu Naidu, at the UN Headquarters in New York.

Recently, I completed work on an original score for India’s first blue-chip natural history film called ‘Wild Karnataka’ that was made by some of India’s finest film makers and is narrated by the legendary Sir David Attenborough. This film is presented by the Karnataka Forest Department. Just last month, I went to Australia as a part of a delegation for the Australia – India Youth Dialogue to foster better relations between the two countries. I am always collaborating with various government bodies within India and in other countries as well. It’s absolutely necessary because governments represent the people. They have the power to make a massive difference in our lives.