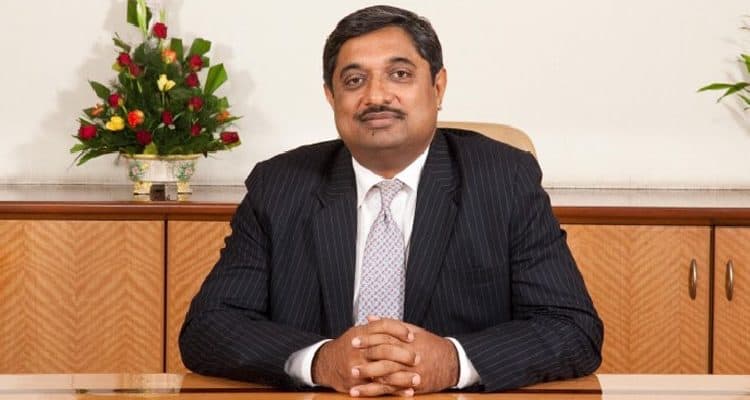 The global pandemic has overwhelmed healthcare systems of most developed countries, including the ones with state-of-the-art infrastructure as was the case with Europe and the USA. India with a population of over 1.3 billion has been working towards pre-empting such a situation from occurring. India’s tally of patients infected with the novel Coronavirus has crossed four lakhs and the death toll at around 14900. Globally over 9.5 million people have been infected.

India has so far adopted a three-pronged approach: lockdown of the entire nation, creating containment zones and ramping up the healthcare infrastructure and supply chain. In recent weeks, some states have ramped up testing.

The pandemic has proved that a successful response system is predicated on a few things. An agile healthcare system and a healthy population is key to the economic and social wellbeing of a country. The absence of that can be psychologically debilitating and can sap the confidence of the citizen and the nation. We also need a solid institutionalised planning capability and an implementation framework that is based on centre-state dialogue and cooperation, transparency and coopting of the private sector.

The most recent government statistics show, India spent only 1.28 per cent of its GDP on health in 2017-18, compared to nearly 18 per cent in the United States, and far lower than neighbouring countries, including Indonesia (1.4 per cent) and Sri Lanka (1.68 per cent).

Reinvesting and scaling up the healthcare system with a futuristic vision is thus become a priority of the Indian government. The much-needed government spending to scale up an existing healthcare ecosystem could also give the much-needed stimulus to economic activity, create employment and empower the health care ecosystem which will truly help India become Atmanirbhar.

India’s response to the healthcare crisis

India as a developing world has faced many health challenges—communicable and non- communicable. India did succeed in defeating polio and managing the outbreak of Nipah virus, which claimed 17 lives in the southern Indian state of Kerala in 2018.

In a recent report of India Council of Medical Research (ICMR), titled India: Health of the Nation’s States: The India State-Level Disease Burden Initiative(2017), it is observed that the disease burden due to communicable, maternal, neonatal, and nutritional diseases, as measured using Disability-adjusted life years (DALYs), dropped from 61 per cent to 33 per cent between 1990 and 2016.

The learnings from the aggressive Polio Eradication Immunisation drive clearly give India an edge in checking the spread of COVID 19. A strong partner and healthcare worker network, door to door/local monitoring, awareness campaigns with celebrities and aggressive immunisation have ensured India eradicate polio completely.

To tackle a pandemic of this scale and be future-ready for any such virus outbreaks, the government would have to adopt a grassroots strategy. Aggressive testing and door to door monitoring through a strong partner/volunteer network would help curb immediate cluster outbreaks.

The long-term solution would require strengthening the district hospitals, medical college hospitals and primary health care infrastructure. This is crucial because the current capacity of the government medical system is severely curtailed by poor quality overall and yet it is to them that falls the task of providing hospitalisation capacity and medical care.

India under the leadership of Prime Minister Modi has set the ball rolling to build a robust health care ecosystem in the country. The world’s largest healthcare scheme – Ayushman Bharat, is the first step in that direction. The flagship programme covers hospital costs up to Rs. 500,000 for the poorest 40 per cent of Indians. COVID19 can be an opportunity for the government to strengthen the social healthcare scheme in the country. The scheme aims to cover more than 500 million beneficiaries and provide coverage of Rs. 500,000 per family, per year.

To increase the access of health services across the country the government is also aiming to promote the use of technology in healthcare. The slogan on telemedicine and Make in India has the potential to transform the healthcare sector.

An example of the initial optimism is that with the strict preventive measures adopted by various states to restrict the movement of people to avoid the spread of the virus –most doctor consultancies apart from emergencies are becoming virtual. However, the demand is way higher as compared to supply. A country which had no manufacturing capability of PPEs has since the outbreak adapted existing units to produce over one crore PPEs.

But much needs to be achieved…

Under the Atmanirbhar Bharat programme, it’s important to bring back the confidence of people in the small nursing homes and local doctors. Due to the fear of infection people are postponing visiting doctors for other ailments. The private sector and the government through aggressive awareness campaigns have to address the fear of COVID 19 to ensure we don’t face another general health emergency. Tele-medicine has to be adopted rapidly by the medical fraternity. Digital healthcare platforms could be provided additional tax sops so that entrepreneurship in this space can be promoted. These platforms can work as aggregators and provide consultancy and on tap medical advice to the needy. This will also address the medical services gap that is currently prevalent in India.

Initiatives like Arogya Setu with the use of Bluetooth and geolocation technology alert users of COVID-19 risk in their surroundings. This capability can be further expanded to prevent the spread of many contagious diseases. The SmartWatch technology, data analytics and artificial intelligence can reduce human dependency in healthcare delivery. This will also help the sector address the significant shortage of doctors and nurses and paramedical staff.

Another crucial element is the channelling of the creative powers in the country. Hackathons that address and create tech-based solutions, engineering companies who rise to the occasion and create much-needed equipment often at a fraction of the cost as was the case with ventilators, harnessing production capabilities to scale up e.g. PPE or mask manufacturing and with urgent research for a vaccine. The environment for pooling of resources and collaboration must be fostered and encouraged.

Specialised hospital for communicable diseases and testing centres in every district

The government with the help of the private sector needs to now focus on bridging the healthcare gap then predict models for the handling of a pandemic. With the help of public-private-partnership India needs to build a network of communicable diseases hospitals across India. Existing hospitals need to build infectious diseases wings. Applying the grass-root strategy –every district health care facility should create and have the capacity to treat patients with these symptoms and diseases. Private sector partnerships and help from multilateral agencies could help India build this infrastructure.

At the initial stage of the outbreak, the National Institute of Virology was the ground zero for testing coronavirus infections in the country with a capacity to test an average of 25 samples daily. By March-end, as the cases in India took a dramatic turn, the government enabled more testing centres and laboratories apart from the existing 120 under Viral Research and Diagnostic Laboratories (VRDL) scheme initiated by the government in 2016. As of June 2020, there are 480 government testing laboratories along with 208 private laboratories across the country which have been set up to combat the coronavirus (COVID-19).

Yet, there is a need to ramp up the facility for such centres in the smaller regions of the country. This drawback can be overcome only if the government’s announcement to create a different block for infectious diseases in all district hospitals turns into a reality. It is always interesting to note that when we have a crisis we respond with sharper action. Probably it’s only then that we bypass the usual bureaucracy that plagues our country and also give clearances liberally.

As detailed earlier the fight to treat and cure is currently on in right earnest. However, COVID 19 is a wakeup call to all politicians, corporates and policymakers that preventive infrastructure, a healthier environment and humane living conditions are all essential to avoid the social frailties that have stand exposed today. Fitness regimens in school, playgrounds, green breathing spaces and parks, basic sanitation are all essentials to the preventive framework.   It is a wakeup call for city administrators for better town planning. Dharavi, Asia’s largest slum which emerged as a virus hotbed is the best example of bad town planning and callous neglect that has come back to bite us. A strong housing policy particularly slum redevelopment projects to ensure better living conditions to prevent and control the spread of such contagions.

However, what India is also discovering so painfully is that the linkages to good health are also not just about the health infrastructure. Yes, hospitals, adequate supplies of medical supplies, testing capacities, and temporary health facilities are all necessary. However, policies with respect to urban housing, documentation and tracking of large transient populations, basic sanitation infrastructure and robust supply chains for basic consumption and essential commodities is also critical. The basic governance architecture has to quickly co-opt the lowest common denominator like the panchayats as states like Kerala have shown. The capacity to galvanise a citizen volunteer force to support the civic authorities is also essential.  While advances made in the telecom infrastructure are impressive the last mile is still a challenge. Also, the ability to call on standby para medical and paramilitary type of resources to help existing teams is almost nonexistent and the resultant fraying of the medical services and the police and essential supply chains is stark. This pandemic has also taught us one crucial lesson. There is no hidden underbelly which we can ring-fence and ignore. Collective well being is not something we can ignore anymore. That somebody else’s problem can become yours too has been made all too clear.

Atmanirbhar Bharat, a dream harboured by our honourable Prime Minister is not an independent effort. It is a series of events and coordinated actions by each sector in the economy to ensure that our reliance and dependability on externally or foreign-produced goods is diminished. To keep this vehicle of Atmanirbhar Bharat working in good condition, it is imperative that we invest in creating a strong foundation that is predicated on the healthcare and sanitation infrastructure of the country. During this time of crisis, it is the healthcare system of the country that emerged as the real warrior. Thus, it won’t be wrong to quote that this is an essential system, deserving topmost priority in the nation’s capability to sustain growth and create resilience and to build confidence that we are always prepared in an institutional sense.

Indiscriminate use of Remdesivir can cause more harm than good: Health Ministry