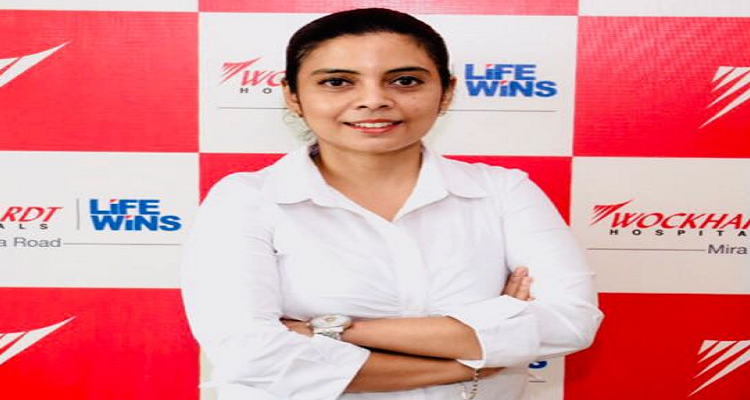 Chronic inflammation of the gallbladder either because of stones, infection by certain bacteria like Salmonella (that causes typhoid) or Helicobacter, pollutants/contaminant in food and water, besides a genetically pre-disposed population, are some of the factors that may lead to GBC. Dr Mallika Tewari, Senior Consultant and Programme Lead — Surgical Oncology, Department of Surgical Oncology, Wockhardt Hospitals, shares further insights

With changing lifestyle, improved longevity and better control of infectious diseases, non-communicable diseases have emerged as major health problems worldwide, more so in developing countries. After cardiovascular diseases, cancer has emerged as an important cause of morbidity and mortality in India. The Indian Council of Medical Research (ICMR) estimates that the country is likely to register over 17 lakh new cases and report over eight lakh deaths by 2020. Cancer registries under the ICMR collect and compile cancer statistics across the country. The National Cancer Registry Programme was commenced by the ICMR in December 1981 and is a major source of information on cancer incidence and pattern in the country. Currently, there are 29 population-based as well as hospital-based cancer registries (PBCRs). These cover about 10 per cent of India’s population.

The top five cancers among men are lung, head and neck region (mouth, tongue and larynx), prostate and oesophagus. While among women – breast, cervix, ovary, oral cavity and uterine cancer are the most common. ICMR reports 1.5 lakh new breast cancer cases in India, of which 70,000 succumb every year. The incidence of cervical cancer is declining over the past three decades whereas the incidence of colon/rectum, lung, breast and prostate cancer is gradually rising. There is significant geographical variation in the incidence of cancer in India. Higher incidence of gallbladder cancer (GBC) in north India and north-east (NE) region (in the Gangetic belt) compared to other parts, higher incidence of stomach cancer in Chennai and Bengaluru PBCRs, oesophagus cancer in Kashmir and NE region would indicate different etiological factors operating, for example, environmental, diet, lifestyle and genetic factors.

GBC is a lethal malignancy with surgery as the only hope for long-term survival, and is a common cancer in females in the Gangetic belt. Chronic inflammation of the gallbladder either because of stones, infection by certain bacteria like Salmonella (that causes typhoid) or Helicobacter, pollutants/contaminant in food and water, besides a genetically pre-disposed population are some of the factors that may lead to GBC. Various scientific research reports including ours have shown local demographic, environment and dietary factors may play a significant role in the etiology of GBC. Continuous pollution of the river Ganges from sewage, industrial (esp. Tanneries) and agricultural waste and diversion of the river water through several canals diverts the water from the river and reduces its flow. This high level of contamination of river alters not only the aquatic life, but also the surrounding soil. Several studies have reported high concentration of heavy metals like cadmium, nickel, chromium, lead, Arsenic, Zinc in water and soil and even in GBC tissue samples when examined under special microscopes. In addition, edible oil (e.g. mustard oil sold open) adulterants like argemone oil and butter yellow possibly also act as carcinogens. Our own published study has shown bacteria such as Salmonella Typhi and Helicobacter Pylori to be strongly associated with GBC. Even the core of simple gallstones has grown live bacteria.

As research continues to examine the factors leading to GBC it is worthwhile to stay aware of the symptoms of GBC, which might not be much different from chronic cholecystitis in the beginning. Symptomatic gallstones should not be ignored. It is advisable that all cholecystectomy specimens should be opened and sent for histopathological examination so as not to miss out an early GBC.

Surgery for GBC entails removal of the gallbladder along with a portion of liver and meticulous lymph node dissection (Radical Cholecystectomy). GBC diagnosed after laparoscopic cholecystectomy, termed as ‘incidental GBC’ may require additional surgery and an opinion from a surgical oncologist experienced in management of GBC is advisable. The ICMR, realising the importance of the problem formed a Cancer Task Force and its members brought out a consensus document for the Management of GBC that is available on the ICMR website.