Diabetes can darken your vision 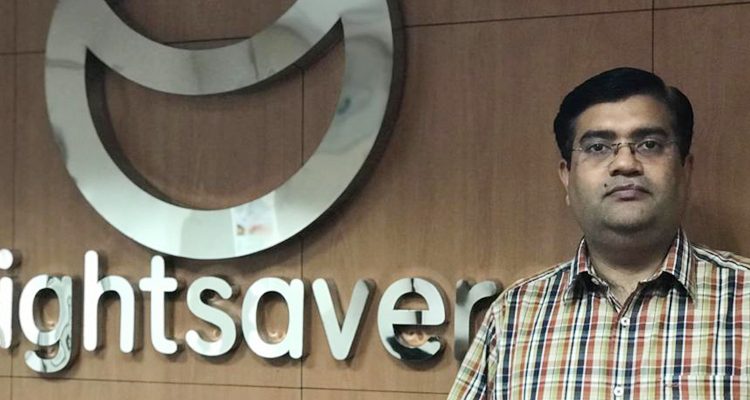 Diabetes, which was once thought to be a disease of the elite is now becoming one of the most common heath disorders amongst the masses. Increasing urbanisation and rapidly changing dietary and lifestyle changes have fuelled this rise which now impacts the rich and poor in-discriminatory. Apart from being one of the leading causes of premature deaths (under 70 years), it also adversely affects the productivity and quality of life in relatively young populations. As a multi organ disease, it can impact the kidneys (nephropathy), nerves (neuropathy), heart (cardiopathy) and the eyes (retinopathy).

A recent study conducted across 15 states in India, estimated that about 65 million people above the age of 20 are diabetics and this number is projected to increase to 109 million by year 2035. This puts India in the lead position in this growing epidemic of diabetes. More importantly a large majority of these cases are completely unaware of their status and thus never seek any medical care till they suffer one of the more serious complications of the disease. Of those who do seek treatment, not many are able to completely follow the advice given by the physician and thus remain in a vulnerable ‘uncontrolled diabetes’ state. Most also skip other related tests, such as an eye examination and thus miss out on identifying some early signs of trouble.

When unchecked, people with diabetes in general are 25 times more likely to go blind than those who do not, and this risk keeps increasing with the duration of the disease. The eye complication of diabetes may range from increased likelihood of certain infections (viral conjunctivitis or keratitis) and early cataract to potentially sight threatening, diabetic retinopathy. More than three fourth (75 per cent) of the people who are diabetics for more than 20 years will have some form of serious eye involvement and a tenth may need specialised treatment to prevent blindness.

At a personal level, blindness resulting due to diabetes has been quoted as the most dreaded complication by diabetics, more dreaded than losing a limb!

Diabetic retinopathy and diabetic macular edema (swelling of the central most sensitive part of the retina) are the most important causes for blindness due to diabetes. There has been a lot of advancement in diagnostic and screening options for retinopathy. These include extremely portable retinal screening cameras that can very effectively differentiate between ‘no retinopathy’ and ‘need for referral retinopathy’ using smart AI. On the treatment front also, advances in LASER delivery systems and Anti-VEGF drugs (drugs that, when injected into the eyes, dramatically reduce the signs of the disease). But all these are most useful when applied early in the disease and must be accompanied by strict control of blood sugar with medications and improved diet and lifestyle for the eye treatments to have a sustained effect.

Most individuals may not have any significant vision related complaints till very late in the disease. As a result, they are often quite late to visit the eye specialist. By this time all the surgeon can try for, is to prevent any further deterioration.

A detailed eye examination, including thorough retinal evaluation is recommended at the time of diagnosis of diabetes in all cases but, there is still a lack of coordination between the diabetologists and the eye specialists regarding prompt referrals for these.

Knowledge about the risks and complications of diabetes and ways in which simple steps can be taken to readily identify and control these are essential for preventing people from going needlessly blind due to diabetic retinopathy. Studies such as Diabetes Control and Complications Trial (DCCT) have shown that early detection and treatment of diabetes can reduce the risk of blindness by an impactful percentage. Eye examinations twice a year can be a boon for people with diabetes to control and identify any damage to their eyes.

Since March 2017, Sightsavers started supporting Capital Hospital, Bhubaneswar, which is the only government hospital in the state to have a super speciality cell for diabetes and DR support. Since then all diabetics visiting this centre have benefited by having their eyes tested for DR. Also, needful retinal treatment in the form of LASER therapy and Intra vitreal Anti-VEGF injection has been provided to those with significant retinal changes. These treatments have been supported by the newly launched initiative by the state government wherein financial allocation shave been made to provide these for the most marginalised. Majority of patients visiting the hospital belong to economically backward sections and disadvantaged communities. Therefore, the interventions in the hospital have played a significant role in providing free services to the people in need.

Health officials in Kerala on leave to be recalled

How modelling and simulation can deliver new medical insight into cardiovascular…