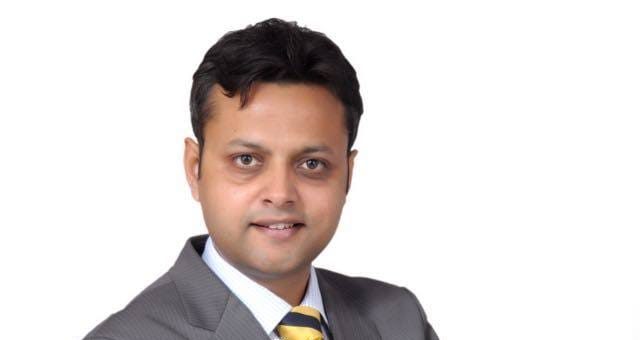 Prashant Mishra, Managing Director- India and South Asia, BMJ (British Medical Journal) provideds an insight into the burden of CKDs and the toll it takes on the lives of people suffering from it

Prashant Mishra, Managing Director- India and South Asia, BMJ (British Medical Journal) provideds an insight into how CKD afflicts millions of Indians, significantly elevating the risk of death CKD is a condition with important long-term health impact, which is often unrecognised until it advances and leads to kidney failure. Often called a silent condition, individuals with CKD are at an 8-10-fold increased risk of cardiovascular mortality, compared to those without kidney dysfunction. Treatment and management of CKDs is a long process comprising of lengthy hospital admissions – leading to mental, physical and economical strain on the patients and their caregivers.

Many initiatives by the government – such as the Pradhan Mantri National Dialysis Programme, rolled out in 2016, provides free dialysis to kidney patients in district hospitals. Under the Pradhan Mantri Jan Arogya Yojana (PMJAY), dialysis has emerged as the most claimed package under the scheme, highlighting the burden of kidney disease in the country.

According to the Indian Society of Nephrology (ISN), at least 1.5 lakh new patients with kidney diseases have been detected in India in 2018, this number stood at one lakh five years ago. Out of this 1.5 lakh, around 20 per cent patients seek dialysis and 2.5 per cent can afford a transplant.

India has a nephrology infrastructure of around 1200 nephrologists, 1500 haemodialysis units with 10000 dialysis stations, 230 renal transplant centres; 80 per cent of which are in the private set-up.

Out of the 1200 nephrologists, their density in north, south, west, east and central parts of India is 35.5 per cent, 30 per cent, 23 per cent, 9 per cent and 2.5 per cent, respectively. Certain parts of India do not have access to a specialist and by the time they do, the disease has already progressed to an advanced stage.

A vast proportion of kidney failure patients in the developing world, including India, die without receiving adequate treatment for renal diseases. Identification of CKD in early stages helps to delay the progression of the disease which in turn may reduce the mortality rate associated with CKD.

Late diagnosis of renal failure leads to complications. Early detection and referral are important for timely treatment of CKD. More than 65 per cent of patients of chronic kidney disease (CKD) present as end-stage renal disease (ESRD) to a nephrologist in India, requiring emergency hemodialysis. The problem of late diagnosis and referral to a nephrologist can only be solved when family physicians are also actively involved in management of CKD.

Given the rising burden of CKD, and the shortfall in the number of nephrologists, screening and early evaluation to diagnose and manage CKD are extremely important.

3.        Abantika Ghosh, Under PMJAY, most claims for dialysis (June 30, 2019)  https://indianexpress.com/article/india/pradhan-mantri-jan-arogya-yojana-claims-for-dialysis-kidney-disease-health-scheme-5807064/