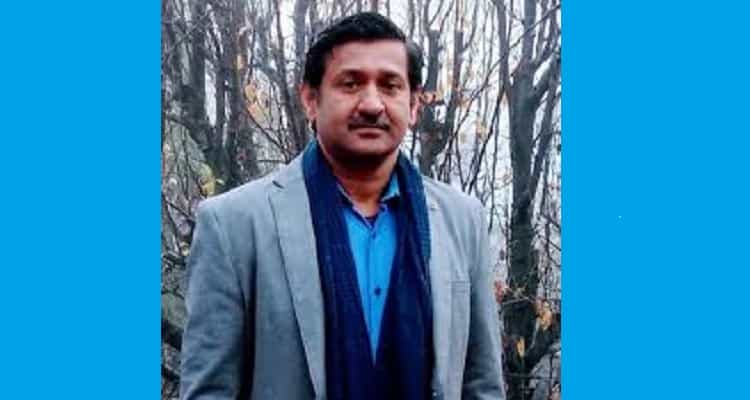 Pointing out that the quality of education and therefore the quality of medical graduates in India have been often questioned on various fora, Dr Sridhar Rao, President, National M.Sc Medical Teachers’ Association (NMMTA) and Associate Professor, Associate Professor, Pt. Jawaharlal Nehru Govt Medical College, Uttar Pradesh make a case for innovation in medical education and while a beginning has been made, he hopes that the National Medical Commission ensures it evolves further

Rajya Sabha’s parliamentary standing committee report on health and family welfare tabled in 2018 highlighted a sub-optimum doctor-population ratio of 1:1655 in India as against the WHO norms of 1:1000. For a population of 1.3 billion, there aren’t enough doctors; the deficiency is more pronounced in rural areas. There are 3.8 times more doctors in urban areas than in rural. The exact number of doctors providing healthcare is unknown, but the health ministry in 2019 has estimated that around 9.26 lakh allopathic doctors may actually be providing service. Additionally, around 7.88 lakh practitioners of traditional medicine (Ayurveda, Unani and Homeopathy) are also serving society.

The government’s plan of enabling the practitioners of traditional medicine through a bridge course to practice at the primary health care level and prescribe allopathic medicines is being met with resistance from the practitioners of allopathic medicine. At present India has 554 medical colleges that annually provide 82,950 MBBS seats. In order to cater to the increasing requirements of society, the government is promoting the opening of new medical colleges and increasing the number of seats in existing medical colleges. It is estimated that by 2024 India would achieve a ratio of 1.03 doctors per 1000 population.

Several shortcomings of the Medical Council of India- the regulator of medical education forced the government to replace it with a new body-the National Medical Commission (NMC). In order to reduce the monopoly of doctors in the commission, the originally mooted proposal recommended 40 per cent of the members to be non-doctors. Eventually, the participation of non-doctors got reduced to a mere three persons.

There are apprehensions that a regulatory body dominated by the members of its own profession may not be effective. The regulatory body in the UK has 50 per cent non-doctors as its members. While the government failed to ensure good participation of non-doctors in the NMC, only time will tell if NMC turns out to be any better than the body it replaced.

In the previous scheme of things, the Executive Committee of MCI was the dominant body that dealt with various roles such as the approval or recognition of the medical colleges, enhancement of seats, curriculum, professional misconduct, etc among others. Under the NMC, there are four autonomous boards- each for undergraduate and postgraduate education, assessment, and ethics/registration. While the idea to segregate them is sound, it remains to be seen how these boards perform autonomously.

Shortfalls in the medical education system

Currently, there are several shortfalls in various aspects that ultimately affect quality. The NEET exam is supposed to access the competency of candidates for admission into MBBS/BDS courses, but there are reports of candidates with poor NEET scores securing admissions. Erstwhile MCI had stringent requirements, which was difficult for some of the newly established medical colleges to meet. Such colleges resort to a variety of unethical means to “pass” the inspections. Although such colleges used to obtain MCI’s approval, they were actually deficient in quality and services. Instead of striving to enhance the quality, most institutions merely strive to meet the regulator’s prescribed requirements. The ultimate aim of the colleges is to “pass” the inspection and plenty of efforts are devoted to just this purpose.

Many colleges struggle to find faculties both in the clinical and non-clinical disciplines. Appointments, promotions, and transfers of faculties are common occurrences just before an impending inspection.

Opening and running a medical college with a hospital while meeting the prescribed norms incur huge costs; start-up colleges usually have to set up in the city outskirts or rural areas where the patient inflow is less. “Arranging” patients during the inspection is a major challenge many colleges face.

Due to the persistent shortage of faculties, many colleges tend to appoint faculties merely based on their qualifications without assessing competence, attitude, or aptitude. A variety of unethical practices are often undertaken during the course of education, be it attendance or the conduct of internal or university examinations. There is hardly any resistance to these practices, as everyone stands to benefit from them.

Rating the college/hospital in real-time

Most of these “open secrets” can’t be proved, hence they never get discussed in the public fora. If the quality of medical education has to be raised, all ailing issues must be addressed. Students, faculties, non-teaching staff of the medical colleges and patients seeking healthcare from the associated hospitals must be allowed to discreetly rate the college/hospital in real-time and such ratings should be publicly posted on NMC website. Not only the institution and its infrastructure, ratings of the individual department and faculty (including the physician and surgeon) must also be made. This will enable the aspiring students to select the best college and the lowly-ranked colleges would be under pressure to rise their levels.

Like all branches of science, medicine too grows with research. Research in developed countries is mainstream; it is an integral part of modern medicine. Research activities in most Indian medical colleges are generally not natural; often they are forced or undertaken for the purpose of promotion or mandatory PG dissertation. Many of the publications are out of synthesised data, duplication of existing work, or don’t generate any practically useful results.

Since many private institutions run on “for-profit” mode, they generally don’t invest in research as they are expensive and yield no financial returns. In institutions that run PG courses, the only research activities are those undertaken by the PG students for their dissertation, many of which are mere repetitions or are substandard.

Research is hardly a priority in the understaffed colleges and overburdened doctors often have little time for research. Many institutions don’t have the right infrastructure; the central research department in some colleges is the repository or museum of defunct equipment and machinery. Timely procurement of equipment and reagents is still a challenge many institutions face. Grants from ICMR or DHS are not easy to come by.

Thanks to the COVID-19 pandemic, government has made it mandatory for all medical colleges to have biosafety level-2 Virology labs. Only a handful of government medical colleges have a Virology Research and Diagnostic Laboratory (VRDL); likewise, the post of research scientists is almost non-existent in most medical colleges. Although there are few ICMR-sponsored schemes to encourage UG research, a lot is desirable.  The importance of research must begin from the early UG days. Instead of forcing research on the institutes, the government must create an ecosystem such that institutes themselves promote research.

NMC is implementing the new curriculum proposed by the erstwhile MCI. Although not a paradigm shift, the new competency-based curriculum also focuses on early clinical exposure, horizontal and vertical integration with other disciplines as well as on attitude, ethics, and communication. Deficient infrastructure and shortage in faculty might prevent successful implementation of small group teaching. Students who have been spoon-fed or tutored since the beginning will find it difficult to shift to self-directed learning. There are efforts to train the teachers on these aspects, successful implementation will take time as colleges adjust to the new curriculum.

The current COVID-19 pandemic has put a spoke in the wheel. The pandemic has also introduced the concept of online teaching, something that was never practiced until now. The focus of the students needs to shift from merely clearing the examination or acquisition of the degree to becoming a competent practitioner with the requisite knowledge, skill and attitude.

Medical education needs to evolve continuously, a new beginning has been made; NMC must ensure it evolves further. A mere increase in the number of seats won’t be sufficient, the quality of doctors has to be increased by proper education and assessment methods. At the same time, India needs more specialists. More than 44,000 PG medical seats (including MD/MS/DNB/FNB) will be available for MBBS graduates, but that may still not be sufficient. The public-private partnership (PPP) model should help produce more specialists in the time to come.

The system of medical education varies across the countries. We need to watch others without trying to emulate them. There have to be more discussions among the stakeholders on how to evolve medicine with changing times. Too many regulations are not healthy as most institutions try only to meet the regulations. We need to have systems where institutions evolve through their own efforts. Medical colleges must compete with each other and universities must have the freedom to experiment and innovate. In the absence of regulation or regulatory body, the quality would certainly fall but too much government regulation will also be detrimental.

All medical colleges except those instituted by the parliamentary act come under the ambit of NMC and have to follow the system prescribed by it. What if there is a revolutionary concept of conducting medical education? Say someone wants to create a new system of medical education wherein after two years of basic sciences the students can pursue the next three years in the chosen clinical discipline so that at the end of 5 years, we have specialists ready.

There must be provisions in the law for innovation in conducting medical education. There is always a resistance to change; people who accustomed to the existing system or have benefited from it tend to oppose changes. We must be open to new ideas and experiment with them; be it allowing foreign teachers or appointing scientist teachers in non-clinical or clinical disciplines. Suggestions must be considered on merit without bias or prejudices. In many countries the license to practice needs to be periodically renewed; the same has been resisted in India.

Over time new diseases may appear, the manner in which diseases are diagnosed and treated will keep on evolving. Indian medical education should keep pace with all the developments and be a significant contributor on the global stage. The policies and the policymakers have to be dynamic and keep evolving according to the changing needs.