The highs and lows of the e-cigarette ban 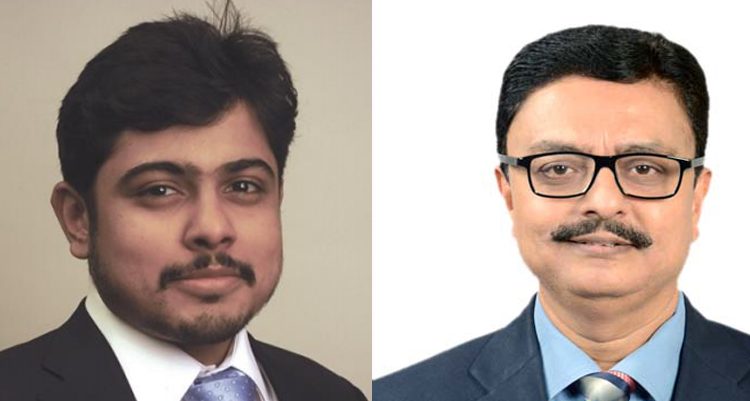 The commercial dealing in e-cigarettes was banned by the Union Government on September 18, 2019 through an ordinance. Before it was banned, quite a few Indians did not even know what an e-cigarette was. For those who still don’t, it is basically an electronic device that gives the same ‘kick’ as a tobacco cigarette without producing any smoke that is normally associated with smoking. Instead, it produces something loosely similar to water vapour, because of which it is also referred to as a ‘vape’.

It felt strange to many that the Union Government perceived e-cigarettes to be such a serious public health issue that it could not wait for the Parliament to legislate on it in the normal course. Had it waited, there would have been scope to debate the ban before the ban.

E-cigarettes did not invade India a few days ago. They have been around for a couple of years. The same ones that have been banned. Is it possible that the Government was not aware of their existence until very recently? Not really. It was way back in 2011 when a company got a NOC from the medical device regulator to sell or distribute e-cigarettes in India. A similar NOC was granted to another company in 2013. An e-cigarette is hardly a medical device even if ostensibly sold for nicotine de-addiction. Therefore, perhaps the regulator did the right thing then by granting a NOC. However, it establishes the fact that e-cigarettes were not being sold clandestinely in India.

Let us now evaluate the scientific evidence against e-cigarettes. If something is to be outrightly banned in an exceptional manner, it must be really harmful. Logically, e-cigarettes must be more harmful than regular tobacco cigarettes which are known to be carcinogenic but are sold openly.

In May 2019, the Indian Council for Medical Research (ICMR) published a white paper that basically reviewed all available scientific evidence against e-cigarettes and recommended a ban on e-cigarettes. The white paper was timed to be published on World No Tobacco Day, which is a bit ironical since e-cigarettes do not contain tobacco at all and are widely marketed as a substitute for tobacco products. Even if the evidence cited in the ICMR paper is taken at its face value, the ICMR recommendation did not, by any stretch of imagination, imply that e-cigarettes were more harmful than tobacco cigarettes.

Strangely, the text of the ordinance does not mention the apex medical research body’s recommendation even once. One wonders whether this deliberate omission could be to avoid an inconvenient situation in case ICMR recommends a ban on tobacco cigarettes in future. After all, tobacco cigarettes are a rich source of ‘sin’ tax for the government, incomparable to the contribution of e-cigarettes. Or perhaps, was it because ICMR’s recommendation was in relation to e-cigarettes containing nicotine, but the ordinance banned e-cigarettes that do not contain nicotine as well?

What is more strange is that the ordinance does not cite any real medical or scientific evidence whatsoever. Instead, it cites the government’s non-binding international obligations from five years ago and the constitutional directive principles to promote health and well-being of its citizens as the reason for the ban.

In a way, it may not be right to search for scientific justification behind the ban in the ICMR’s 2019 white paper. The government has been trying to ban e-cigarettes for a while now. The earliest attempt to ban e-cigarettes was perhaps made by the Punjab Government which banned e-cigarettes as an unapproved drug in 2013 and later classified nicotine as poison under Poison Rules, 2014. It seems to have taken the step to save the youth from falling prey to such devices at an impressionable age. Other states such as Karnataka, Tamil Nadu, Haryana and Maharashtra followed suit, banning e-cigarettes either as an unapproved drug or as a poison. In fact, the Ministry of Health and Family Welfare issued an advisory to all states in August 2018 urging them to ban e-cigarettes. However, the advisory was restricted to e-cigarettes containing nicotine only.

Interestingly, various state governments attempts to ban e-cigarettes were met with limited success as they could not withstand judicial scrutiny. In March this year, the Delhi High Court in Focus Brand Trade case questioned whether e-cigarettes could be banned as ‘drug’ and then stayed a government circular that required e-cigarettes to be approved as a ‘drug’ prior to its import and sale. Then, in August, the Bombay High Court in Godfrey Philips case also granted relief against prosecution by Maharashtra’s Drug Department by referencing the Delhi High Court’s order.

At this point, it is fair to ask why did the Union Government not regulate or prohibit e-cigarettes under the Cigarette and Other Tobacco Products Act, 2003 (COTPA) instead of resorting to an advisory? It is because the COTPA applies to products containing tobacco, which e-cigarettes don’t have. They have a liquid that contains nicotine, a potent chemical found in tobacco. Some e-cigarettes do not even have nicotine. Assuming for the sake of argument that COTPA could apply to e-cigarettes containing nicotine, the government does not have blanket powers to ban a tobacco product under COTPA. This necessitated the introduction of a special law to ban e-cigarettes, such as the one promulgated by the ordinance.

So, will the ordinance be challenged in courts as well?

Let us appreciate the case against e-cigarettes. It would be foolish to be led to believe that e-cigarettes come without health risks. After all, ICMR had recommended to ban them because of the associated health risks.

In fact, very recently, there have been reports from the US of a mysterious lung illness that has affected a small but significant number of users of e-cigarettes. In some cases, the illness has proved fatal. The medical community agrees that the illness could be connected to e-cigarettes, but is divided over the precise cause of the illness. It is reported that more than 80 per cent of patients were vaping products containing THC, a known psychotropic substance, and 17 per cent patients were vaping nicotine-based products. However, a large majority of the user base of e-cigarettes is not reported to have been affected. Therefore, it is not scientifically appropriate to generalise the medical evidence and paint all e-cigarettes in the same light as dangerous. But it is certainly worth investigating.

There is also some evidence that the rate of adoption of e-cigarettes among youth (even the young) is significantly high as compared to tobacco cigarettes. This could imply that e-cigarettes are working as gateway devices for the youth to addictive substances.

However, if at all the ordinance is challenged, the core judicial debate would not be centred around whether e-cigarettes are harmful or not. Instead, the debate would be centred around whether e-cigarettes constitute a separate class of products that are reasonably distinguishable from tobacco cigarettes, which though known to be harmful, are allowed to be sold openly with some restrictions. After all, the law is supposed to apply equally to equals, isn’t it?

If e-cigarettes do not constitute a class separate from tobacco cigarettes, Indians will see the last of either the ordinance or tobacco cigarettes. We suspect that for a lot of Indians, perhaps the government itself, that would be an easy choice to make.

If e-cigarettes do constitute a separate class, it is still worth asking the government about the compelling scientific and clinical evidence before it that prompted it to ban e-cigarettes without a debate in the Parliament, especially given that e-cigarettes have been around for years. If there was such evidence, why isn’t it cited in the recitals or introductory part of the ordinance so that the common man is aware of it? And if there wasn’t any such evidence, would it not have been proper to first commission a scientific fact-finding study and then ban a product on the basis of supporting evidence?

Let’s hope that the smoke around the ordinance clears soon.