Stigma of COVID-19 amongst healthcare professionals 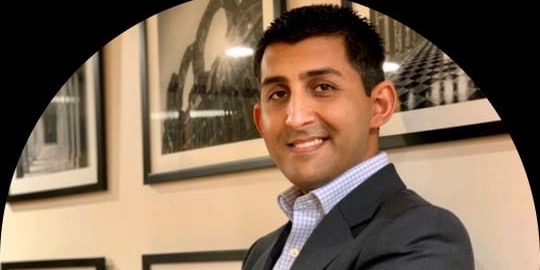 Dr Marcus Ranney, General Manager, Thrive Global India discusses how healthcare workers are being shunned by people from fear of being infected and how fake messages on social media platforms are one of the leading causes and what Indians as responsible citizens need to do help the frontline workers defeat COVID-19

Tom Hanks and wife Rita Wilson, HRH Prince Charles, Canadian PM Justin Trudeau’s wife Sophie, UK Prime Minister Boris Johnson; celebrities and personalities that have all tested COVID-19 positive. A list that will no doubt lengthen in the coming months. But for the corona warriors, who are fighting this battle on behalf of humanity, those most at risk of exposure and contagion, for our overworked Indian healthcare workers (HCW’s), they are now increasingly fighting on a whole new front in the COVID-19 battle: stigma.

Over the past few weeks, the country is reporting cases of doctors, nurses, and other HCWs, on the frontline of the battle, being shunned by others for fear of being infected. This includes the threat of being evicted from their own apartments, general ostracism and even police assaults – to the point that Dr Harsh Vardhan, the Indian Health Minister, himself a doctor, came forward on Twitter and asked people to not panic and stop harassing doctors. Our country is already facing a severe shortage of medical equipment and personnel and this stigmatisation will only make matters worse.

But why is there a stigma associated with COVID-19? Many people who have it, non-medical individuals too, are scared to talk about it for fear of persecution and harm. Through history we have seen that fear and anxiety about a disease provokes xenophobia and leads to social stigma. The 1918 influensa pandemic, commonly termed the ‘Spanish flu’, is a classic example of this stigmatisation at a national level even though it is unlikely that the disease even originated in Spain (much more likely that the possible origin was either France, Britain, the US or China). There have been repeated tendencies for governments to associate new infectious diseases with foreign countries and nationals – the current case being US President Donald Trump’s repeated use of the phrase ‘the Chinese Virus’. Overt acts of racism and discrimination, as well as more covert feelings of hostility, are often driven by panic and uncertainty—emotions that will be riding high during a pandemic. These feelings can awaken prejudicial instincts and inspire the creation of scapegoats based on distorted perceptions of risk.

Because of this, globally, groups of people who are already experiencing stigma because of this include persons of Asian descent, people who have recently returned from having travelled to a COVID-19 hotspot and most worryingly the emergency responders and HCWs. Social media sites like Twitter and Facebook are full of posts showcasing how these stigmatised groups are being subjected to social avoidance or rejection, denials of healthcare, education, housing or employment and in some cases physical violence.

The larger questions we must all ask ourselves, as human beings, is the question of how we perceive sick people? Whilst the origin of the virus appears linked to a specific region of China, no one racial or ethnic group is at greater risk of infection or spread. Discrimination also promotes distrust in the healthcare profession, mass panic, and social marginalisation. Decades of research have shown that discrimination is associated with poorer health outcomes and stigmatised groups are particularly vulnerable during these times. Stigmatisation can lead people to hide symptoms of illness to avoid discrimination. They may not seek healthcare when they need it and may further isolate themselves, which comes with its own health risks.

In these coming months we will inevitably physically distance ourselves further from one another, leaving space for stigma, social disruption, and the consequences described above, to flourish.

Societal cracks will continue to emerge as people retreat into their own smaller communities and private dwellings, with faces hidden behind masks that do more to conceal and divide us. We need to look after our soldiers that are fighting this war in the front lines on our behalf. So, what can we do to combat this stigma?

The first is to use science, data and factual based information only – and rid the crazy, baseless, misinformation that is causing anxiety, panic and negativity in the world, particularly those forwarded over WhatsApp messaging. We need to correct the myths, rumours and stereotypes, and challenge those whose language promotes bias. We should engage influencers – like any other communication campaign – to raise awareness and de-stigmatise the illness. And lastly, we should celebrate stories of recovery, as most people who contract the virus recover, and it can be reassuring to the public to hear their experiences, particularly when these individuals reflect the diversity of our communities. Similarly, honouring frontline care providers can reduce stigma against these groups. This needs to be with a fine balance to not reduce the seriousness of the disease and being respectful of those who have (and will) lose their life to it.

By promoting an ethical and balanced media coverage of this pandemic, showcasing the different communities who are suffering, it will be facts, not fear, that will stop the spread of COVID-19.

Bio-economy: The need of the hour & the solution to be future ready