Home  »  Blogs  »  WHO’s credibility put at task like never before! 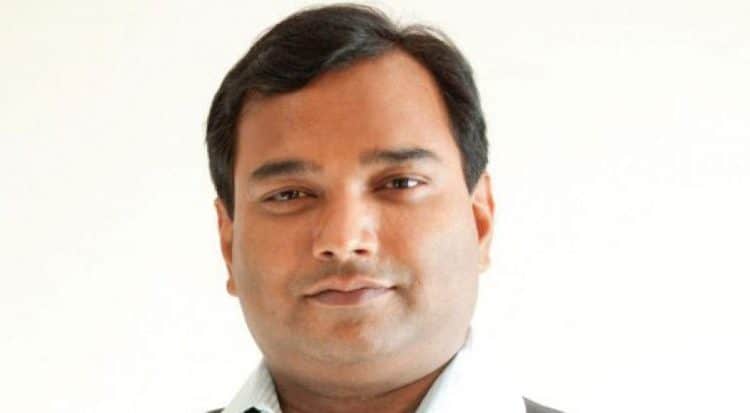 Dr Swadeep Srivastava, Founder & Mentor, @HEAL discusses the crisis that WHO is facing currently due to the COVID-19 pandemic and how WHO handled it, was kept in the dark by Chinese authorities which otherwise should have helped nations curb the spread of Coronavirus had the UN agency been more proactive

Among the many that fell prey to the deadly Coronavirus was the credibility of the World Health Organisation (WHO). On the one hand the WHO has been accused of dancing to China’s tunes and, on the other, there are serious questions on the powers that the WHO enjoys when it comes to taking strict action against deep funders like China.

There is no gain saying that had the WHO been proactive, swift and alert in the late winter of 2019 when the Coronavirus started spreading in China, the world could have been spared of the misery that it is now going through. Instead, precious time was lost on allowing the virus to have its run across the globe and the action that followed was a bit too little that came a bit too late.

A livid US cut aid to the WHO in an act of retribution, but that too is questionable.

But did the WHO walk on leaden boots when the virus was galloping? It may seem so, but the fact is that the WHO was itself deeply frustrated at China and it could do nothing except watch with exacerbated breath.

New information coming out says rather than colluding with China, the UN agency was largely and deliberately kept in the dark by authorities in Beijing.

What triggered the ire of many was that throughout January, the WHO patted China for what it called a speedy response to the new Coronavirus and thanked the Chinese government for sharing the genetic map of the virus ‘immediately’.

But the fact was otherwise. That was the time when Chinese officials deliberately delayed releasing the genetic map of the deadly virus for over a week after multiple government labs had fully decoded it. China obviously did not share details in order to gain an advantage in designing test kits, drugs and vaccines. Money was the reason behind China walling all details, leaving the WHO helpless.

Finally, health officials only released the genome after a Chinese lab published it ahead of authorities on a virology website on January 11. Even then, China kept mum and stalled passing any information to the UN agency for two more weeks. By then the world had entered into a topsy-turvy new year along with a deadly companion that later messed up with lives, economy and healthcare.

With one hand the WHO had to praise China and with the other it had to hit its head in deep frustration as the world started panicking and placing the blame on the UN agency’s doorsteps.

The story behind the two voices of the WHO – one of praise and the other of frustration – has not eased the siege of the UN agency one bit. The agency continues to be the bad boy and the punching bag, raising questions on its survival.

US President Donald Trump cut ties with the WHO after lambasting the agency for allegedly colluding with China to hide the extent of the epidemic.

But Chinese President Xi Jinping said China had always provided information to WHO and the world “in a most timely fashion”, which is not factually correct. The truth is that the Xi’s lie has cost the world dearly.

All this has put the WHO in a tight spot, with extreme voices calling for its dismantling; the more sane ones want a restructuring to be done at a time when the UN agency is stuck in the middle between and aggressive West and a stone-walling China.

The fact is that the World Health Organisation is now positioned itself inadvertently as a toothless World Helpless Organisation. Though international law obliges countries to report information to the WHO that could have an impact on public health, the UN agency has absolutely no enforcement powers. It can only plead, coax and wait for the cooperation of member states. It is this weakness that China exploited.

Some say that the WHO could have done its own independent analysis and taken quick action – like caution countries to cut international travel. A little proactiveness from the WHO could have softened the blow by the virus. It is to be noted that from the time the virus was first decoded on January 2 to when the WHO declared a global emergency on January 30, the outbreak grew by a factor of 100 to 200 times, according to retrospective Chinese Centre for Disease Control and Prevention data.

Rather than blaming the UN agency, it is China that played a villainous role.  In between all this, some have questioned the functioning of WHO director general Tedros Adhanom Ghebreyesus. It was unfortunate that he had to face racist comments. What wrong did he do? In January, he and top scientists made a trip to China and at the end of the trip, he thanked China profusely, declining to mention any of WHO’s earlier frustrations.

The world today needs a neutral arbiter of medical data and the WHO falls short of expectations not necessarily due to its fault. Today’s global institutions are so dependent on their donors for funding that they often become pawns for their political agendas. When the US cut funding to the WHO, China increased its contribution. This will only make matters worse as the UN agency will be more China-dependant.

But the WHO is not a failure. Probably it needs a restructuring. In the 70 years since its founding, the WHO did a commendable job in helping eradicate smallpox, reduced polio cases by 99 per cent, and has been on the front lines of the battle against outbreaks like Ebola.

So, what is the solution? Some states in the US and countries like Germany are planning to sue China for creating an economic mess. But that will hold no ice with China. The starting point could be an impartial probe into the Coronavirus crisis. European nations and Australia have been gathering support for such an “impartial, independent and comprehensive evaluation” of  “the WHO-coordinated international health response to COVID-19.” Apart from India, the UK, Japan, South Korea and Canada are some of the countries that have backed the motion.

This could provide some answers to the road ahead.