Nipping oral cancer in the bud 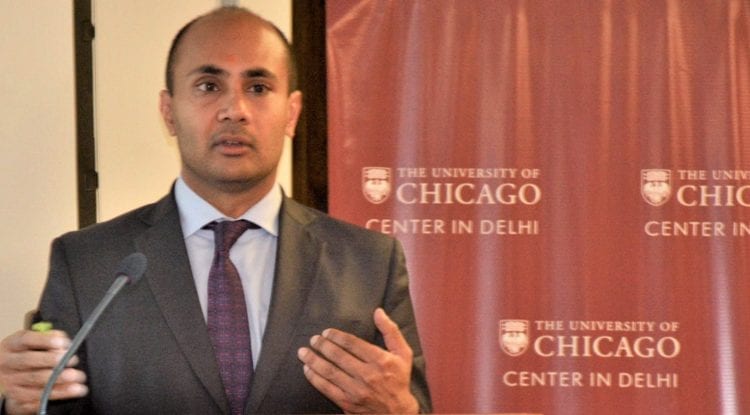 If World Health Organization’s (WHO) International Agency for Research on Cancer is to be believed, India lost about 800,000 people to cancer in 2018. Last year, we received a grim reminder of how steadfastly cancer is eating into our lives when a Lancet study claimed that the number of deaths due to cancer in India increased from 382,000 in 1990 to 813,000 in 2016—a jump of 113 per cent.

Oral cancer ranks among the top three types of cancer in India. It is also the leading cancer among men and the fifth most frequently occurring cancer in women. India, reportedly, contributes nearly 60 per cent to the oral cancer burden worldwide, and the number of cases is expected to double by 2030. So, how do we respond to this wake-up call?

The UN Sustainable Development Goals target reduction of premature mortality from non-communicable diseases, which include cancer, by one-third by 2030 through prevention and treatment. This brings us to the most crucial aspect of beating cancer—early detection. Unfortunately, 60-80 per cent of oral cancers are diagnosed at advanced stages when survival is well below 50 per cent. Individuals who are diagnosed with advanced stages have a poorer prognosis for both retention of function and survival. The earlier the stage at diagnosis, the higher the chance of survival after treatment. In fact, the five-year overall survival rate in those with stage 1 and 2 oral cancers is typically 70 to 90 per cent. This makes timely diagnosis and treatment all the more important.

Challenges of dealing with oral cancer
Apart from the delay in reporting of oral cancer due to the absence of diagnostic aids, we are faced with two other challenges when dealing with oral cancer: heterogeneous nature of cancer and lack of useful biomarkers for disease diagnosis or surveillance. There is great tumour heterogeneity within a patient’s cancer, and even among patients who have the same kind of cancer. In fact, no cancer is the same. Moreover, due to paucity of disease-specific biomarkers, clinicians are forced to rely on conventional imaging and clinical examination to evaluate disease burden, response to therapy and disease recurrence.

Detecting mutations in tumour
The Tata Centre for Development at UChicago, which facilitates research implementation across several domains, has been instrumental in helping our team at UChicago Medicine and Bengaluru-based Strand Life Science has been able to develop a non-invasive saliva-based test that could be used in high-risk patients to detect tumour DNA from mouth cancers. The core objective of this research project is to detect the presence of mutations in the tumour in patients across all stages of oral cavity squamous cell cancer (OCSCC).

This test uses the potential of saliva, which contains cells, DNA, RNA and proteins, to enable detection of oral cancer. Preliminary results of our research suggest that the presence of certain mutations in tumour DNA makes it a highly specific biomarker when detected in body fluids. In our study, when both plasma and saliva were screened, rtDNA was detected in 96 per cent of all patients, and 100 per cent of early stage disease.

In the course of observational clinical trial, currently going on throughout India to validate the test, we are collecting tumour tissue and matched saliva from patients of all stages. This is followed by targeted sequencing on tumour and saliva, and confirming mutation of tumour tissue. By classifying mouth cancers at their earliest stages, we can ensure that they don’t affect speech, swallowing and breathing among patients.

Why we are looking at molecular biology?
Despite the oncologists’ most aggressive approaches using a combination of surgery, radiation, chemotherapy and immunotherapy, many patients are still succumbing to cancer. That was our motivation behind looking at the molecular biology of head and neck cancer to diagnose them at earlier stages. After years of treating patients with similar cases, I am convinced that discovering and removing cancer at an early juncture with favourable prognosis is non-negotiable. As we gear up for conducting an interventional study in high-risk patients, I am confident that this low-cost salivary DNA test would amount to early diagnosis of oral cancer, decreased morbidity and mortality and improved quality of life, while minimising the disparity in outcomes due to socioeconomic barriers.

Directorate of Health Services, Government of Goa in partnership with Sanofi India