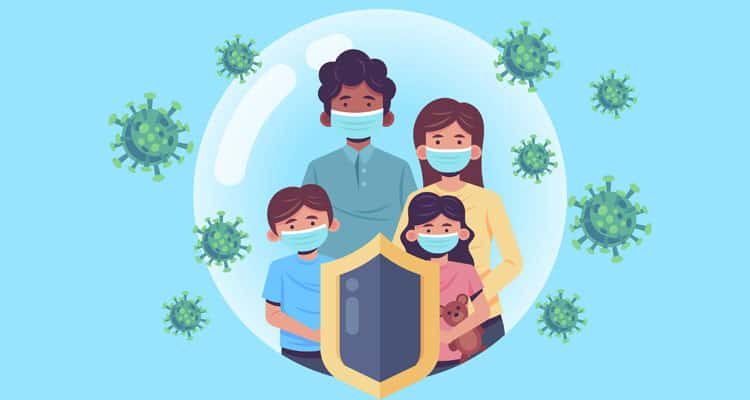 Relaxation in protective measures can lead to a rise of 26 lakh infections within a month, Committee says district and higher level lockdowns not much effective now

A committee put together by the Department of Science and Technology (DST) to analyse and predict the spread of the COVID-19 pandemic in the country, and to recommend future policy interventions, has released some findings of their research as a COVID-19 India National Supermodel.

The key conclusions of the COVID-19 India National Supermodel Committee are:

The Committee has also presented some analysis on the course of the pandemic, based on the mathematical model developed by the Committee, described at https://www.iith.ac.in/~m_vidyasagar/arXiv/SuperModel.pdf

As per the model, the number of active cases has peaked at around 10 lakhs in late September. However, the Committee notes that this number will start rising again if proper practices of masking, disinfecting, tracing, and quarantine are not followed. The downward trend will continue only if safety practices are continued.

In addition, based on temporal profiles of analyses done for Bihar and UP, the Committee concluded that the impact of labour migration on the total number of infections in these states was minimal. This observation indicates the success of quarantine strategies adopted for the returning migrants.

The Committee also simulated what would have happened in hypothetical alternative scenarios with regard to the timing of lockdown regime. With no lockdown, the pandemic would have hit India very hard, with a peak load of 140+ lakh cases arriving in June. Given the lack of preparedness back then, the healthcare system would have been overwhelmed, leading to many additional deaths.

Had India waited until May to impose the lockdown, according to the Committee model, the peak load of active cases would have been around 50 lakhs by June.

In actuality, the peak of active cases came in late September at around 10 lakhs. By this time, the Committee report analyses that the country was far better equipped to handle the pandemic in terms of diagnostics and vital equipment inventories.

Therefore, the Committee concludes that the imposition of an early and comprehensive lockdown pushed the peak of cases far into the future and also reduced the peak load on the system. In short, the lockdown “flattened the curve.”

An analysis of the actual deaths from the pandemic with various alternative scenarios concluded that without a lockdown the number of deaths in India would have overwhelmed the system within a very short timeframe, and would eventually have crossed 26 lakhs fatalities. Imposing the lockdown in May would have reduced deaths to around 10 lakhs. The prompt imposition of the lockdown on March 24 has resulted in deaths being around 1 lakh till date.

The committee’s experts also pointed to evidence that large gatherings cause rapid spread, citing the example of Kerala, where Onam celebrations between August 22 – September 2, 2020 was followed by a sharp rise in cases from September 8. Infection probability increased by approximately 32 per cent and effectiveness of medical response dropped by approximately 22 per cent for Kerala in September.

Recommendations of the Committee

The Committee members point out that the imposition of various safety protocols such as wearing masks, social distancing etc., together with a comprehensive lockdown has allowed India to fare better than many other countries. the report cites that although India has one-sixth of the world’s population (one-fifth excluding China), and one-sixth of the reported cases, the country accounts for only 10 per cent of the world’s deaths, and its case fatality rate of less than 2 per cent is among the lowest in the world (see https://coronavirus.jhu.edu/map.html for a worldwide comparison).

While the report points out that India’s fatality rate per million is about a tenth that of the European countries and the US, it also reminds that not much is yet known about the weather-specific perturbations of this pandemic (in general, viruses tend to be more active in colder environment) and the effects of possible future mutations in the virus.

In view of this and the scenarios analysed, as well as the upcoming festival season the Committee strongly recommends that: