Home  »  Interviews  »  “We are trying to address rare disorders”

“We are trying to address rare disorders” 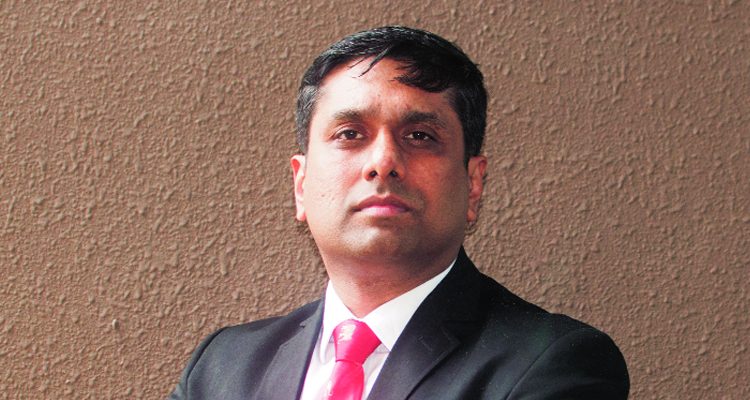 Recently, Bengaluru-based Vikram Hospital opened a state-of-the-art ‘Center of Excellence’ for Huntington Disease. In the coming time, the hospital is also planning to open up new exclusive clinics for various other rare disorders to fill the void of care in the health sector. Dr Prashanth LK, Consultant Movement Disorders Specialist, Vikram Hospital, Bengaluru gives more details on the hospital’s plan in an interaction with Usha Sharma

Tell us how big is the rare disease market in India? And in the last 10 years, how many rare diseases have been found in India?
According to definition, a rare movement disorder is one whose prevalence is less than 50 per 100,000 population. They are ‘rare’ only by terminology and account for more than 7000 medical disorders. Hence overall, they constitute about 6-8 per cent of population. Keeping this in picture, India constitutes 1/5th of this global scenario. Many of these disorders require dedicated healthcare services and some of them have dramatic medical care. Because of rarity of these disorders, most of these are usually misdiagnosed and do not get proper interventions.

Recently, Vikram Hospital has opened a state-of-the-art center of excellence for Huntington’s disease, tell us about the objective behind making an investment?
Huntington’s disease comes under the category of rare movement disorders. More prevalent disorders like Parkinson’s Disease, Alzheimer’s, dementia, diabetes are well recognised leading to general population awareness, special clinics and government policies follow with them. This is lacking in rare movement disorders. We are trying to address this void in healthcare by creating niche clinics for specialised disorders which require team efforts for management. These clinics will create awareness in public, support to the families and finally getting required support from government and insurance companies for supporting them.

Huntington disease (HD) is one amongst the rare disease portfolio, how chronic it is?
Huntington’s disease is a progressive neurodegenerative disorder, which over a period of time affects a person’s normal functions, leading to complete dependency. People affected with huntington disease have symptoms related to behaviors, cognition and movements, hence has a significant burden on family and caregivers. Other major issue is that Huntington’s disease is usually noted during the most productive years of a person (40-60 years), affecting the family and workplace equations. The life expectancy after the clinical onset of symptoms varies from 10-25+ years. These people require exclusive team care involving movement disorders specialists, psychiatrists, and psychologists.

In India, how many such centres are available and how does each centre co-ordinate to generate data?
Currently in India, there is paucity of team care for these disorders. Most of the Huntington’s disease patients are either seen in a neurology clinic, psychiatric clinic or in few instances ‘Movement Disorders Clinic’. As of now probably there is no such team approach exclusively for Huntington’s disease in India. We have now created a specialised ‘Huntington’s Disease Clinic’ under our ‘Center for Parkinson’s Disease and Movement disorders’, which can cater to this specific disease groups. Our Huntington’s Disease clinic involves movement disorders specialist, psychiatrist, psychologist, and therapist. With this, we are aiming to have a uniformity in standards of care for these families and this will lead to high end qualitative data. This data can give a better glimpse of situation in India, which is lacking till now.

Tell us about the available treatment methods for HD and the steps initiated by researchers?
Huntington’s disease is currently on a cusp, wherein it’s moving from a stage of no treatment till 1990s to symptomatic treatments around the millennium to currently possible disease modifying therapies within next decade. Off late, various therapies targeting gene dysfunction has shown promising results in recently published medical literature.

What are the diagnosis methods for HD and is it possible to detect during prenatal testing?
Huntington’s disease is diagnosed by a blood test, wherein they look for specific repetitive pattern in a gene called as ‘CAG repeats’. This test can confirm the diagnosis of Huntington’s disease (i.e., people with more than 40 CAG repeats). CAG is genetic coding sequencing, which keeps on repeating in Huntington’s disease subjects leading to abnormal function of the gene and accumulation of end product called as “Huntingtin”. As a general rule, having a higher number of CAG repeats is associated with an earlier onset and faster course of the disease. A common observation is that earlier the symptoms appear, faster the disease progresses. This CAG repeat test can be conducted during pregnancy. These tests are conducted during the first three months of pregnancy using foetal biosamples (blood, amniotic fluid). This will help the parents to decide on further plans.

Tell us about the key problems faced by the patients and relatives of HD and how challenging it is for medical practitioner to ensure patient adherence?
Huntington’s disease symptoms are well noted before clinical diagnosis can be considered. Most of these people initially start with behavioural issues like depression, aggression, maladjustment in work/ family leading to various social issues. By the time classical motor symptoms are noted, most of them would have various social issues burdened up. Neither the family members nor friends can pick up these early symptoms (except in whom the family history is well known and acknowledged) leading to more burden. Many patients do have suicidal tendencies and some end up committing suicide too! As most of these symptoms are commonly noted between the age group of 30-60, it leads to dramatic burden on patient, family and relatives. Even after diagnosis, there is a requirement of team approach not only for the patient but also for family members to cope and adapt to care. Given that the person becomes completely dependent over the span of 10-25 years, it further adds a humongous burden on the family.

Will the hospital management be considering opening up a dedicated center for other rare disease profiles as well?
Vikram Hospital, Bengaluru is working towards providing niche care for high end specialities wherein either disease modification therapies are present or those which require symptomatic therapies to improve quality of life. Our Institute of Neurosciences has branched out successfully into specialised areas of Parkinson’s disease, epilepsy, multiple sclerosis etc. We were the first hospital to launch apomorphine pump therapies for Parkinson’s disease in India. Currently, we are trying to address rare disorders as they require specialised care. Huntington’s disease clinic is our first initiative into rare movement disorders section. We do hope that with this we will bring a dramatic change to patients and their families. We are also looking to catapult this thought process into research fields. We are hoping to start new exclusive clinics for various rare disorders and fill the void of care in these health sectors.

NDHM facilitates a comprehensive feedback loop between researchers, policymakers, and…

Dozee able to detect increase in breathing, tachycardia among many COVID patients:…