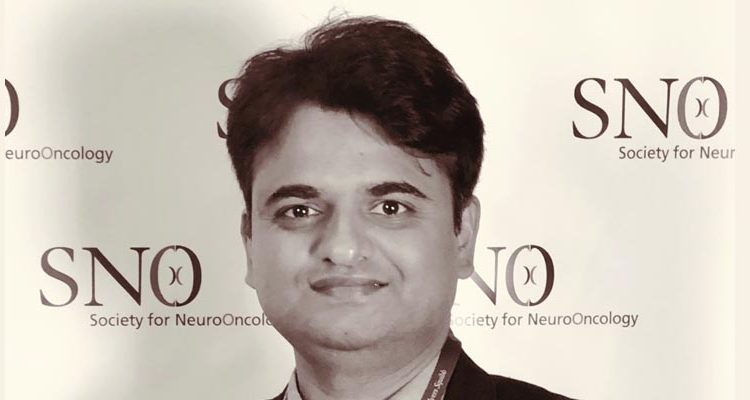 Cancer is a genetic disease with more than 200 types of cancers known to manifest in humans. So far, the use of genetic testing in the diagnosis is limited to a few cancers such as colon cancer. There is no single test that can accurately diagnose each type of cancer. Complete evaluation of a patient includes a thorough clinical history, physical examination, and diagnostic testing. Diagnostic procedures for cancer include imaging/scanning, laboratory tests (including tests for tumor markers), surgery, tumour biopsy, endoscopic examination, and genetic testing.

Genes and cancer
Genetic tests have diverse purposes, including screening for and diagnosis of genetic disease, the identification of future health risks, prediction of drug responses and identifying targeted therapies to provide customised cancer care. Genetics plays a major role in identifying high-risk individuals for precision-based surveillance of cancer. Genes can affect whether a person is likely to develop cancer or not. About 5 per cent to 10 per cent of all cancers are known to be strongly related to inherited gene mutations. Gene mutations or changes in genes play an important role in the development of cancer. Mutations can cause a cell to make (or not make) proteins that affect how the cell grows and divides into new cells. Certain mutations are found commonly in certain cancer types. Finding these common mutations can confirm the diagnosis of cancer.

Effective diagnostic testing is necessary to confirm or eliminate the presence of cancer, monitor the disease process, and to plan for and evaluate the effectiveness of treatment. Genetic testing is increasingly becoming an essential prerequisite for early and accurate diagnosis of cancer. Early detection of cancer gives the patient the best chance of fighting and overcoming it.

Incorporating genetic tests in present-day diagnostics
The results of your genetic testing may help to:

Following types of genetic tests play an important role in cancer diagnosis and management
Diagnostic testing is used to precisely identify the disease that is making a person ill. The results of a diagnostic test may help you make choices about how to treat or manage your health problems. Going forward diagnostic tests for cancer can become a part of the annual health-check plans for the earliest detection of cancers.

Screening test: This type of testing usually is offered to people who have a family history of a specific inherited disease or who belong to certain ethnic groups that have a higher risk of specific inherited diseases. Detection of specific mutations can help the person to pro-actively take preventive action, Angelina Jolie is one such example – she took the extreme step and underwent preventive bilateral mastectomy as she had the BRCA1/2 Mutations and a strong family history of cancer.

Pharmacogenomic testing gives information about how certain medicines are processed by an individual’s body. This type of testing can help your health care provider choose the medicines that work best with your genetic makeup. Some drugs do not help patients with certain genetic mutations. These mutations impact drug metabolism in an individual and affect its usefulness.
Genetic testing helps identify mutations that impact therapy. For example, cetuximab (Erbitux) and panitumumab (Vectibix) are drugs used to treat advanced colorectal cancer. However, patients with a mutation in the KRAS gene do not benefit from these drugs. Genetic testing can thus help therapy selection.

One of the most exciting advances in the treatment of lung cancer has come from an understanding of genetic changes in lung cancer cells. Whereas in the past lung cancer was broken down into perhaps five types on histopathological examination, it is now a known fact that no two lung cancers are the same. If there were 30 people in a room with lung cancer, they could have 30 different and unique types of the disease.

There are many mutations that are being studied by scientists looking at lung tumours. So far, driver mutations (mutations that drive the growth of the cancer cells) have been identified in approximately 60 per cent of lung adenocarcinomas and it’s likely this the number will increase in time.

Personalised treatments
The use of therapies based on individual genetic make-up, (medications that target particular genetic abnormalities in a tumour) has been coined as personalised medicine or precision oncology. What this means is that, rather than a conventional chemotherapy regimen of treating all cancer patients with a particular work-up, each individual receives the chemotherapy regimen as per genetic findings in the person and his tumour. In general, such treatments have fewer side effects than traditional chemotherapy and have an exceptionally better chance of therapy success. Many targeted therapies have been approved for people with lung cancer, E.g. Erlotinib for a specific EGFR mutation or Crizotinib for lung cancer with ALK4-EML gene rearrangement. There are many mechanisms by which patients may become resistant to treatments, and molecular analysis can detect such biomarkers enabling prompt modification of therapy. NCCN (National Comprehensive Cancer Network) clinical practice guidelines of 2019 for Lung cancer clearly state that ‘testing of lung cancer specimens for molecular alterations are important for identification of potentially efficacious targeted therapies as well as avoidance of therapies unlikely to provide clinical benefit’.

Certain genetic tests now available, analyse the gene expression and help predict which patients are more likely to have a recurrence of their cancer after treatment or which patients may benefit most from treatments.

The guiding principle of personalised medicine and its progeny—precision medicine and precision oncology is that an understanding of the molecular drivers of an individual patient’s tumour will lead to a better management strategy and outcome for that patient.
The ability to identify the molecular profile of a variety of cancers is an extremely rapidly developing area in genetics. Thus, by seeding genetic tests in the array of clinical patient scenarios, early and accurate diagnosis can be made.

The US Food and Drug Administration recently approved the treatment for adult and paediatric patients whose tumours are different but have a common genetic mutation. It has the ability to make sure that the right patients get the right treatment at the right time. This innovation in precision oncology drug development will help ensure more personalised and effective treatments for cancer patients.

There is increasing evidence to support the routine analysis of circulating tumour DNA in clinical decision-making for certain subgroups of patients with so-called hotspot mutations.
With continued refinement and technological progress, non-invasive molecular biomarkers including of circulating tumour DNA may be clinically useful at all stages of cancer management from diagnosis to disease progression.