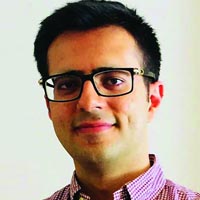 The structure of India’s healthcare system is multifaceted, consisting of various types of providers practising in different systems of medicine and facilities, and within different ownership structures. Congenital and hereditary genetic diseases today possess a significant health burden in India and contributes to third most common cause of mortality in newborns in India.

Factors contributing to this high prevalence include consanguineous marriages, high birth rate, improved diagnostic facilities, and a lack of expertise in genetic counselling. Prenatal testing is the best strategy for reducing the burden of genetic disorders and congenital disabilities that cause significant postnatal functional impairment. However, there are still many genetic disorders that occur in families without any history of an affected child or individual. For the most common genetic disorder like Down syndrome, beta-thalassaemia and neural tube defects, sufficient data has been published to establish the need for population-based screening for these disorders in India.

An approximate of 21,400 children with Down syndrome, 9000 with beta- thalassaemia and 5200 with sickle cell disease are born in India every year.

From introduction aneuploidy screening has continued to grow and evolved since its inception in the 1980s. Initially, conventional Down syndrome screening took place in the second trimester using alpha-fetoprotein (AFP) only and would eventually expand to include total or free Beta human chorionic gonadotropin (hCG), unconjugated estriol and dimeric inhibin A (DIA). By the late 1990s, an alternative screen in the first trimester using ultrasound (e.g. nuchal translucency, nasal bone) and biochemical markers, free Beta hCG and pregnancy-associated plasma protein A (PAPP-A) was introduced. More recently, AFP, Inhibin and placental growth factor (PlGF) have been incorporated into the first trimester screen.

Recently, a new screening technology using cell-free fetal DNA from maternal circulation has been introduced. This screening is characterised by high detection rates of ~ 99 per cent with low false positive rates but has an associated failure rate of 1–5 per cent. The failure rate coupled with the significant cost of the screen has hampered universal adoption of cell-free fetal DNA technology. NIPT has also become a highly preferred technique by doctors who consider it to be a safer, faster, reliable, less tedious.

Traditional prenatal screening and diagnosis methods still dominate large part of the Indian market with Amniocentesis, and Chorionic Villi Sampling .However, both these techniques, being invasive pose some risk to the developing foetus — which is why many conceiving mothers do not prefer these methods. The diagnostic market which has been dominated by conventional cytogenetic technique like Karyotyping and FISH has also seen rapid evolution with introduction of chromosomal microarray analysis -a molecular cytogenetic technique to visualise chromosomes at a very high resolution and QF-PCR a rapid diagnostic tool for common aneuploidies. In prenatal samples, cytogenetic microarray is considered an option even in foetuses with normal USG evaluation.

This technique helps in primary prevention of numerous well-delineated sporadic microdeletion/duplication syndromes. CMA has made its place in all invasive prenatal diagnosis and is here to stay and replace traditional karyotyping.

The other common genetic disorders in Indian ethnicity are Beta-Thalassemia, Sickle Cell Anaemia, Spinal Muscular Atrophy and Haemophilia A. Today multiple private labs offer carrier screening to couples planning for pregnancies testing common genetic disorders. The carriers are usually healthy people, but when both parents are carriers of a mutation in the same gene, the risk of having an affected child is high.

Currently, there is no provision for evaluation and screening population for genetic disorders, and no national public health programme is functional for carrier or newborn screening for genetic disorders. Multidisciplinary approach including government, policy makers, regulatory committees, clinicians, genetic counsellors and by private labs can help long way in helping families chose the right test in right time for efficient diagnosis and management.