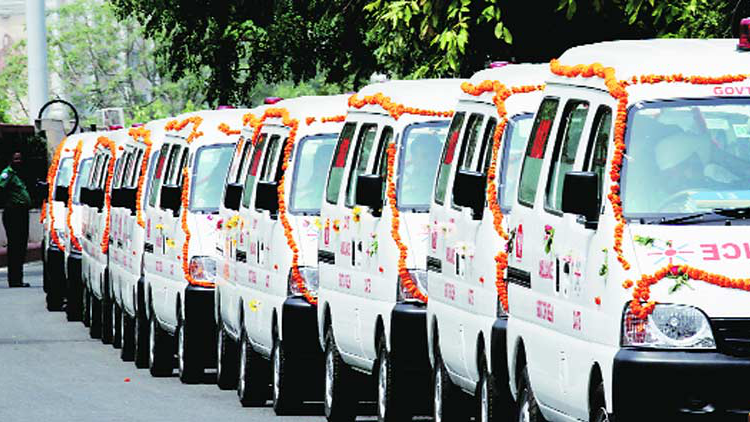 Muzaffarpur district is the worst affected

Of the 28 ambulances, eight were despatched to the most-affected Muzaffarpur district.

East Champaran, West Champaran got five each, Sitamarhi four while Samastipur, Gopalganj and Siwan districts got two ambulances each, an official release said.

With this, the total number of ambulances has increased to 426 in 11 districts affected by AES in the state, it said.

As many as three children have lost their lives in over a month due to AES at Sri Krishna Medical College hospital in Muzaffarpur which accounted for about 120 deaths due to the same disease last year.

The minister flagged off the ambulances at a function held at the State Institute of Health and Family Welfare (SIHFW) in Patna.

Over 700 AES kits were sent in the 28 ambulances to 366 health institutes in the AES-affected districts, it said.

The kits comprise 11 types of medical devices used in the treatment of AES patients, the release said.