Commemorating COPD Day in the times of COVID: Mechanical ventilator for COPD patients can be lifesaving 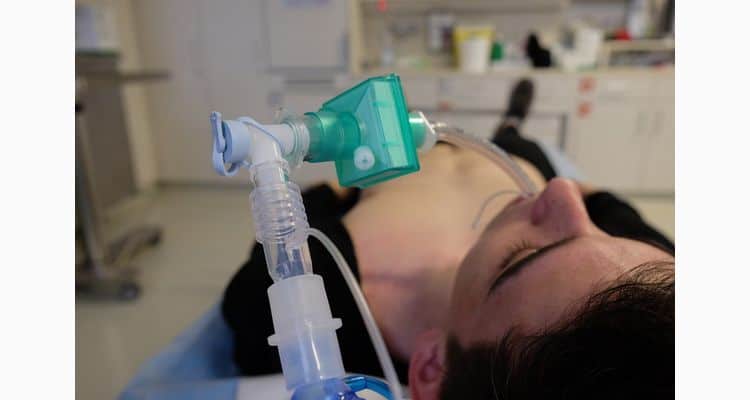 Nearly 1.71 lakh COVID patients alone are on ventilators in the country, if combined with COPD patients this number could rise much higher

While the battle against Covid-19 rages on, the COPD Day is a timely occasion for spreading awareness and consciousness about a dreaded disease that is responsible for the second most number of fatalities after heart disease in the country. A set of progressive lung diseases, COPD comprises a number of conditions such as Emphysema and Chronic Bronchitis impinging on lung systems and making breathing difficult for us.

Since COPD is progressive in nature, its onset is gradual and occurs over a longer time with the patient often failing to read the symptoms correctly and timely and fails to get requisite medical attention on time. While some of the early symptoms include shortness of breath especially after modest physical activity, mild cough, wheezing and feeling of tightness in chest, the more severe and later-stage symptoms would include chronic cough with the need to clear mucus, bouts of frequent cold, fatigue and lack of energy, swelling of feet, ankles and legs, and turning blue or grey of lips and fingernails. With Emphysema slowly damaging air sacs in the lungs and disrupting outward airflow, Chronic Bronchitis leads to narrowing of bronchial tubes and building up of mucus which needs to be repeatedly removed through coughing.

Ashok Patel, the founder and brain behind Max Ventilator said, “Although COVID-19 is a new phenomenon, COPD has remained a longstanding challenge for health authorities anywhere in the world including India. While oxygen therapy is used for some mild cases and non-invasive ventilation is successfully used for a few cases, for almost all severe COPD cases, mechanical ventilators have been the go-to devices for caregivers and patients. As such, depending on the severity of the condition, invasive as well as non-invasive ventilators have been put to great use for COPD patients. In other words, whereas a ventilator becomes a longstanding life-supporting aid for some COPD patients, for many it turns out to be a lifesaving device at that moment in time. In these times of pandemic, along with the surge in demand for ventilators for COVID patients, the continued requirement by COPD patients has further pushed up the demand for these lifesaving devices,” .

Dr Rajesh G Gajara, MD (Medicine), Consultant Physician and Cardiologist, Fortis, Mulund, Mumbai said, “Although many of us don’t realise it and are often dismissive of cold, cough and minor breathing problems as temporary and seasonal, a full-fledged COPD condition stealthily builds up over a period of time. And by the time a patient takes action and gets medical attention, it is too late and the disease becomes a lifelong part of his existence, acutely debilitating and disruptive of his daily and regular functioning. And for the more unfortunate, it can even reach the terminal stage from where there is no return. And in those cases, ventilators can only serve as end-of-life care devices. Research has shown that patients with COPD were much more likely to be admitted to an ICU with greater lengths of stay during their terminal hospitalization, than patients with lung cancer. Therefore, on this occasion of COPD Day, we must educate people on this dreaded disease and its symptoms while underlining the need to take early preventive measures.”

With the advancement of technology and boom of novel research ideas in the field of epilepsy, treatment is beaming with optimism