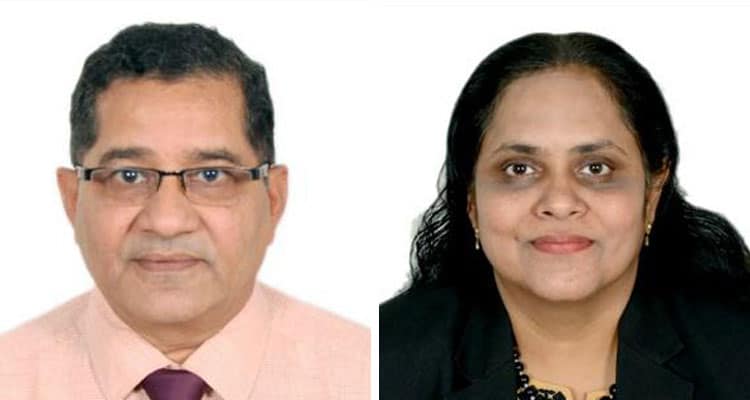 Ionising radiation sources in the form of X-rays and radionuclides used extensively for treatment and diagnosis of disease in the health care set-up.  The benefits in the use of ionising radiation for treatment and diagnosis to patients, generally outweigh the health risks that it poses, and hence is generally considered a preferred mode of diagnosis/ treatment.  Apart from the patients, the personnel, termed as “radiation workers” (as per safety regulations), who directly handle the radiation sources, i.e., radiation generating equipment or radionuclides may also get exposed to ionising radiation as part of their work profile and in the course of their routine duties.

The biggest difference between the two types of exposures termed as ‘Medical Exposures’ for exposure to patients and ‘Occupational Exposures’ to personnel is that the patients receive higher exposures as “Medical Exposures” but are generally occasional, while occupational personnel (i.e., radiation workers) may receive small amount of exposures as part of their occupation every day. Hence, different set of philosophies govern the radiation protection of personnel and patients.

For the personnel, the tenets of radiation protection are Justification, Optimisation and Dose limits. This means, the use of radiation sources, as a “practice”, which will eventually find in-roads into society, has first to be “justified”. This implies there should be a suitable justification as to why a “practice” should be allowed with an ionising radiation source.  The justification could be better results, better availability etc; Once a “practice” using ionising radiation is justified, because of its overall benefits to society, the possible exposures to personnel operating the equipment can be considered as to be within the premise of “occupational risks”. The second tenet then comes in- “Optimisation”. By this, the radiation exposure to personnel (and public) should be such that it is “As Low as Reasonably Achievable” (ALARA) with the caveat that social and economic factors are taken into account for achieving ALARA.  That means all design and operational aspects of handling radiation sources should be in such a way that dose received by the radiation workers is ALARA. The final tenet is “Dose limits”. While ALARA is the philosophical approach, the regulatory limit for exposures to personnel are the “Dose limits” that are specified by the regulatory body that oversees ionising radiation protection in the country i.e., Atomic Energy Regulatory Board (AERB). Exceeding the limits will call for appropriate investigations, under the Atomic Energy (Radiation Protection) Rules, 2004.

In a healthcare set up, in general, the risk to personnel during normal operation are quite minimal, as the radiation sources are operated from adequately shielded rooms, with proper barriers in place.

However, the other two principles of Justification and Optimisation apply to patient, albeit in a different form.  In simple terms, Justification in the context of patients is about the exposure itself. Take for e.g., a diagnostic examination. The practitioner should introspect in the backdrop of the clinical requirements, “Can the same result be obtained for e.g., through sonography/ MRI rather than through CT scan or X-ray? “If NO, the exposure is “justified” for the patient at that point. The exposure has to now be optimised. Optimisation in the case of patient is not explicitly about “ALARA”. It is about giving the patient as much exposure as needed to get the desired clinical result. Having said this, there are means to reduce the unnecessary exposures, which comes under the gamut of optimisation for patient. Continuing the example for diagnostic examination, correct exposure protocols, using proper filters, not looking for best quality images, proper quality assessment of the equipment etc; will ensure that the dose delivered is optimised.

Another difference is the age factor.  While there is a minimum age for the personnel to work as radiation workers i.e., 18 years, (16-18 are considered as trainees with a truncated dose limit) patients can be as young as infants. Biological effects of radiation are much more severe in foetus and children. Hence, care has to be taken for paediatric patients. In the diagnostic X-ray context, not using adult protocols for children is an important optimisation tool.

Interestingly, there are some “practices”, like nuclear medicine, that have implications to radiation personnel (and general public) because of exposure from patients. That is patients who underwent radio-pharmaceutical injection/ radioactive source implants. Hence, along with design and operational considerations, administrative procedures also play an important role.

To conclude, for both medical exposures and occupational exposures, it is incumbent on the persons-in-charge to ensure that no undue amount of radiation is received by either workers or patients.  That means, every medical practitioner, for his patients, and every health care institution employer, towards the personnel should be aware of their responsibilities to ensure radiation safety in the society.