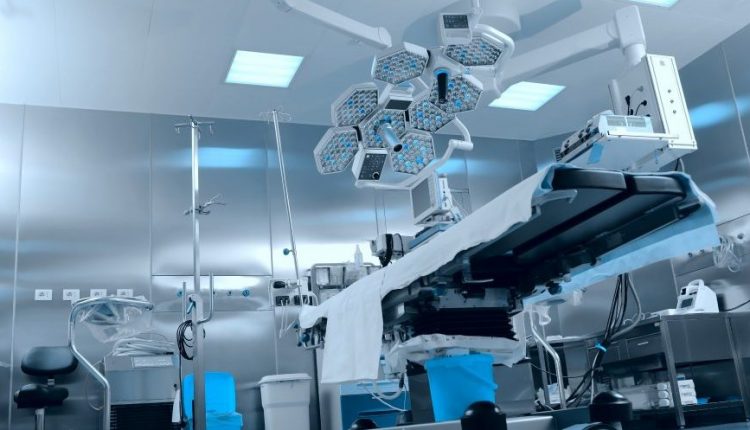 Medical Technology Association of India (MTaI), which represents research-based medical technology companies with footprint in manufacturing, R&D and training in India, said the growth in imports of medical devices is being purposely exaggerated by a section of the domestic manufacturers to suit their agenda of seeking a hike in customs duty.

This section of domestic manufacturers is presenting imports value of 2018-19 as being 25 per cent higher than the previous year. The numbers are being presented in rupee terms, which is an erroneous measure as the value of rupee has depreciated sharply and therefore it does not present the correct picture. During the fiscal 2018-19, there was a sharp decline in rupee to the extent of about 15 per cent at its peak and if a full year’s average is considered, the rupee depreciated by 8.5 per cent in fiscal 2018-19 over previous fiscal. Therefore, data in rupee terms is not comparable because of the effect of depreciating currency. One has to study the figures in US Dollar to deduce a logical conclusion.

A look at the import data from Export-Import Data Bank on Department of Commerce’s website makes things amply clear. Imports under chapter 90 that contains all medical devices, grew 19.82 per cent in 2018-19 from a year earlier when expressed in rupee terms. However, the corresponding growth in dollar terms was only 10.45 per cent.

“Besides repeatedly publicising hazy data that can skew the narrative, fictitious figures are being presented as facts,” said Pavan Choudary, MTaI Chairman and Director General and Managing Director, Vygon India.

The section of domestic manufacturers claim that before implementation of GST, imports of medical devices attracted 18.5 per cent taxes (including 7.5 per cent customs duty, 6 per cent countervailing duty and 4 per cent special additional duties) and that after GST only 0-7.5 per cent taxes are being paid by importers.

“The fact is after the GST regime, importers have to pay respective customs duty which is around 7.5-10 per cent in addition to 12 per cent of GST. So in effect, importers are paying more taxes after GST regime than before. It is true that the input tax credit is applicable against GST component on inputs, but the same is available for locally manufactured goods as well. In total, GST regime does not benefit importers in any way over domestic players. In fact, post-GST import duties on many implantable devices have gone up to 10 per cent due to increase in custom duties,” said Sanjay Bhutani, Director, MTaI and MD Bausch and Lomb.

Considering these facts, the demand of a section of domestic manufacturers to increase customs duties on imported medical devices based on inexact interpretation of government data is specious. Choudary added, “The saving grace is that such unrefined interpretations are not succeeding in distorting policy formulation. In fact, we are glad that the current government has for the first time constituted a National Medical Device Promotion Council to boost manufacturing, attract investments and promote exports. We hope this body will peer deep in to facts and come up with an irrefutable diagnosis and well considered prescriptions to catalyse make in India in patient and country interests.”

Higher custom duties would prove counterproductive by impacting the cost of medical devices which will ultimately pass on to the patient, which goes against the efforts of the government to provide affordable healthcare for all through path-breaking policies like AB-PMJAY. Additionally, since the custom duty regime on most of the medical devices in several neighbouring countries are lower than in India, the difference in duties created could lead to the smuggling of the low-bulk-high-value devices. The result will not only be a loss of revenue for the government but the patients will also be beset with products which are not backed by adequate legal and service guarantees.

“We must carefully note that China, even in segments like consumables where it has near self-sufficiency, has reduced their custom duties from 4 per cent to 3.3 per cent in 2017 for several products to avoid the problem of smuggling and to inject competition in the sector. Indian basic custom duty rate at 7.5 per cent is clearly too high in the Asia-Pacific milieu and should be revised downward,” says Probir Das, Director, MTaI.

The facts on the ground point to an advantageous situation for domestic manufacturers, whether local or global. The excise duty that was applicable on domestic manufactured goods got subsumed in GST. The GST imposition also gets balanced with the provision of input tax credit by the buyers of these goods.

“The government should actually look at reducing import duties on medical devices especially spare parts and implantable devices,” said Badhri Iyengar, Director, MTaI and Managing Director of Smith and Nephew, India. This is more important now than ever before as the bottom lines of several companies importing medical devices have taken a hit of 14-19 per cent because of multiple factors as enumerated below.

The landing cost has increased between 10-15 per cent due to rupee devaluation.

Inflationary trend as indicated by WPI of 4-5 per cent has increased operational cost.

Companies cannot increase the MRP of medical devices by more than 10 per cent in a year. Therefore the companies have to absorb any increase in costs, affecting their bottom line.

“The GST Council should also reduce GST rate on medical devices from 12 per cent to 5 per cent besides notifying hospital services under Zero GST rate. This would reduce healthcare cost to patients as companies will supply the devices at lower cost and hospitals will be able to claim input tax credit,” said Kaustav Banerjee, Director, MTaI and MD Zimmer Biomet, India. At present hospitals are exempt from GST, which prevents imposition of GST on their services but at the same time prevents them from claiming input tax credit.