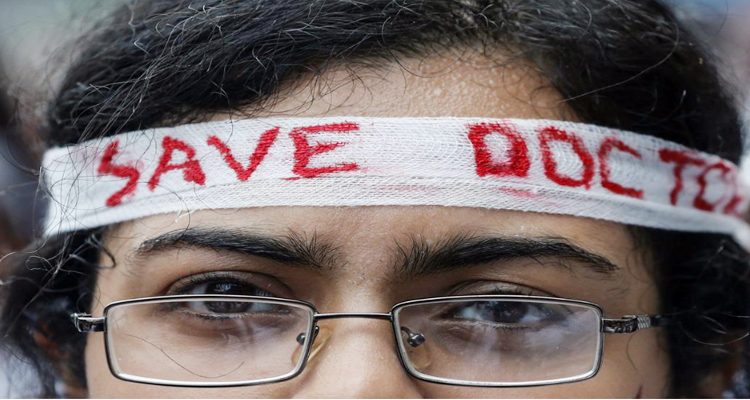 Last Saturday, when he wrote to Chief Ministers asking them to frame laws for protection of medical professionals, Union Health Minister Dr Harsh Vardhan attached to it a draft law framed by the Indian Medical Association (IMA).

The draft law was submitted by the IMA to the Ministry in 2017 — it had demanded a central law for the protection of doctors, and has raised it again in the wake of the NRS Medical College and Hospital incident in Kolkata.

According to a report in The Indian Express, the provisions of the draft law are stringent: it categorises both mental and physical abuse as violence against doctors, and covers not just hospitals and a radius of 50 metres around them, but also home visits. Such violence, it says, will constitute an offence that is cognizable, non-bailable, non-compoundable and fit for trial by a court of the Judicial Magistrate of First Class. Apart from penal provisions, it also provides that the offender in case of any property damage will have to pay twice the price of the damaged property as compensation.

In his letter to CMs, Dr Harsh Vardhan cited a July 2017 letter sent by the Union Health Ministry to all Chief Secretaries which contains the decision taken by the Inter-Ministerial Committee constituted under the Ministry to review the issues raised by the IMA.

Doctors in West Bengal agree to call off strike