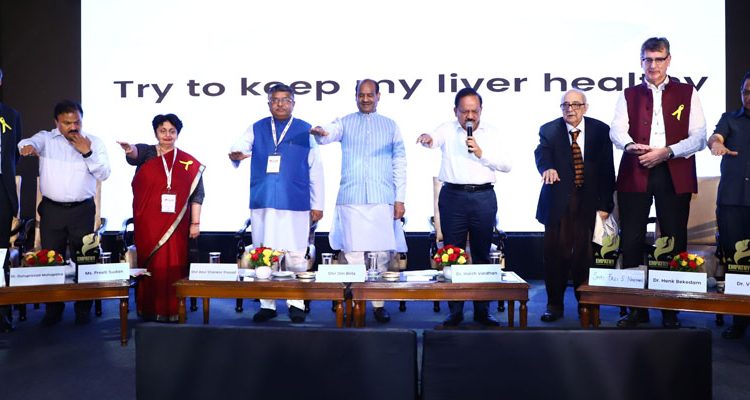 The Institute of Liver & Biliary Sciences unveiled an awareness campaign to educate people about hepatitis prevention and treatment and also to provide much-needed psychosocial support to patients suffering marginalisation in society. The ‘EMPATHY Concave 2019: Empowering People Against Hepatitis’ brought together leading policymakers, healthcare experts as well as social activists to discuss the way forward in India’s fight against viral Hepatitis. The country-wide awareness campaign is being implemented with support from the Airports Authority of India (AAI).

Speaker of Lok Sabha Om Birla, Minister for Health & Family Welfare, Dr Harsh Vardhan and Minister of Law & Justice, Ravi Shankar Prasad were among the key stalwarts who attended the event and shared their insights into government’s efforts to fight the disease as well as address stigmatisation of patients.

EMPATHY or ‘Empowering People Against Hepatitis’ is part of a four-year-long mega awareness drive on hepatitis started by ILBS in collaboration with AAI, on July 28, 2018.

“Fighting hepatitis is difficult because both hepatitis B and C are chronic infections that often remain dormant in the body for years before damaging the liver. Liver cirrhosis and liver cancer are the common culmination of these chronic infections. The problems are manifold. Firstly, most people infected with the virus are not aware of their disease status. Only preventive screenings to high-risk individuals such as those who have undergone dialysis or blood transfusions can identify dormant infections and treat them on time. Secondly, misconceptions and stigma attached to the disease often lead to marginalisation and discrimination against patients. Our fight against the disease must focus on multiple fronts — prevention of hepatitis B through universal vaccination, identifying and treating patients through screenings and providing psychosocial support to patients,” Dr (Prof) SK Sarin, Director, Institute of Liver and Biliary Sciences.

“Several initiatives are currently being undertaken by the government under the National Viral Hepatitis Control Program (NVHCP), to improve access to vaccines, diagnostics and treatment for patients and those at risk. However, the stigma and discrimination associated with these infections are a significant hindrance to care-seeking, treatment compliance and mother to child transmission mainstreaming. That’s the reason the rise in hepatitis-related deaths. It is vital to take steps to prevent the infection and keep your liver healthy. Through our EMPATHY conclave and associated campaign, we want to create a change in the mindset of the people,” said Dr Sarin.

All you need to know about paediatric hepatitis