God’s hand in the devils’ world! 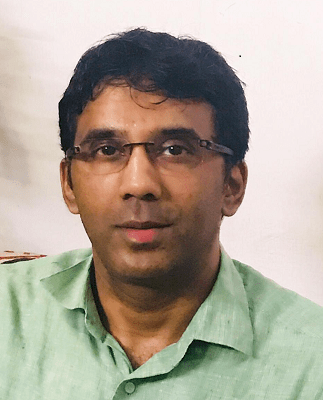 Dr Abdul Ghafur, Coordinator, Chennai Declaration on AMR and Consultant in Infectious Diseases, Apollo Hospital, Chennai explains that he supports the Indian drug regulator’s decision to introduce Covaxin into our COVID-19 vaccination campaign precisely at the same time as that of Covishield because he believes that during a pandemic, we cannot be rigid and adamant on our rules

A vaccine is one of the most potent weapons in our armamentarium in the war against the COVID-19 pandemic. More than one hundred vaccines are in various stages of development. A handful of vaccines are already licensed for clinical use in multiple countries.

The Pfizer, Moderna and the Oxford-Astra Zeneca vaccines received a licence after completing the full phase 3 studies. The Chinese administered their vaccine in the military personnel, immediately after completion of phase 2. Russians did the same with the Sputnik V.

India initiated the world’s largest COVID-19 vaccination drive on January 16, 2021 and aimed to vaccinate 300 million at-risk individuals in just six months. In the first week of January, the Drugs Controller General of India issued Emergency use authorisation to two vaccines manufactured in India.1 The Oxford University- Astra Zeneca vaccine manufactured by the Serum Institute of India, under the name Covishield received approval based on the phase 3 data from other countries. The bridging study data from India is not yet available.

The other one is Bharat Biotech’s Covaxin, an indigenous Indian vaccine, using killed whole virus vaccine technology, that has published phase 2 data. The phase 3 trial of the Covaxin is not yet completed, and no interim data is publicly available. Covaxin received an authorisation based on “restricted use in an emergency in the clinical trial mode”. The licensing process and the terminology used generated serious debate among the academic community and the general public.

I am a firm supporter of this bold decision by the Indian Government.  Several of my friends in the academic field and the media asked the reasons behind my highly vocal support. I do not have any direct or indirect Conflicts of Interests with the manufacturer of Covaxin- Bharat Biotech or Covishield-Serum Institute of India. Let me explain why I support the Indian drug regulator’s decision to introduce Covaxin into our COVID-19 vaccination campaign precisely at the same time as that of Covishield.

The scientific and ethical dilemma generated by authorisation of Covaxin has been extensively discussed in all sections of the media. Several experts believe we could have waited at least we have interim phase 3 data—no doubt this is a natural thought process. A pandemic is an extraordinary situation, and unprecedented challenges need unique solutions.

At a global level, the vaccine research and the regulatory approvals were done at a super-fast pace, in a highly distinctive way. Experts and regulators often repeat the international media claim that we haven’t cut any corners in the COVID-19 vaccine research. I do agree with this argument in a half-hearted manner. We may not have cut corners, but we have bent the rules in the research and regulatory steps of most COVID-19 vaccines, albeit at variable proportions!

The regulatory approval of Covaxin by the Drugs Controller General of India (DCGI) “for restricted use in an emergency in the public interest as an abundant precaution, in clinical trial mode” is indeed bending the rules. Is DCGI the only regulator who has done this?

Let us analyse the approval of the Oxford University-Astra Zeneca- Serum Institute of India vaccine- Covishield in India. The DCGI approved this vaccine as “restricted use in an emergency” based on overseas data, without bridging data from the Indian phase 3 studies. It is indeed a valid point that the presence of overseas data of the Covishield is far better than the scenario of no phase 3 data of the Covaxin.

Suppose we do a detailed analysis of the Oxford vaccine’s phase 3 data, published in The Lancet. There is very minimal data on the efficacy of the vaccine in the elderly, at the time of the paper’s publication and the granting emergency use authorisation (EUA) in several countries, including in India.

Only a minority of the trial participants belonged to the above 55-age group, and hence the study could not calculate efficacy in this group. It is indeed a paradox that it is the same elderly group that we are vaccinating first. Aren’t this licensing process and the vaccination protocol without adequate phase 3 data, bending the rules? Phase 2 had shown similar immunogenicity in older adults, including those more aged than 70, compared to the younger population.

Simultaneously, the Pfizer phase 3 trials had 45 per cent of the participants in the above 55-age group. As the United Kingdom is utilising both these vaccines to inoculate the elderly, isn’t it unfair to provide a vaccine with proven efficacy to a group of elderly and another vaccine with unproven efficacy to the other group of elderly citizens? I support the usage of the Oxford vaccine in the elderly despite the absence of the adequate phase 3 data, as I believe during a pandemic, we cannot be rigid and adamant on our rules.

The Pfizer vaccine trial was also not without pitfalls. Peter Doshi, an Associate Editor of The British Medical Journal, elaborated his concerns about the Pfizer trial in an excellent article. The article sought clarification on excluding 371 individuals from the Pfizer vaccine efficacy analysis and criticised the involvement of three Pfizer employees in the adjudication committee. The Chinese initiated inoculation of particular groups such as military with their vaccines, immediately after completing phase 2. The Russians mass vaccinated the public with Sputnik V, well before the phase 3 data was available.

The political leaderships of all countries take pride in their country’s scientific achievements and compete to project these in the global arena. Vaccines are expected to play a cardinal role in our efforts to end the pandemic and ameliorate the pandemic inflicted global economic catastrophe.

It is perfectly natural for any country or the leadership to be the messiah by delivering the vaccine miracle. The British are doing everything they can to project the Oxford vaccine, Americans their own Moderna vaccine and their adopted prodigy the Pfizer-BioNTech vaccine. The Russians consider their vaccine-Sputnik V a reincarnation of their space race triumph, the Sputnik satellite. The Chinese were no less competitive in the race to create a miracle. Several employees of the Chinese firm Sinopharm received experimental shots of their developmental vaccine, well before the Government approved testing in humans.

India is one of the leading manufacturers and global suppliers of the vaccines and a very talented contestant in the race to license the miracle ahead of the competitors. We should be naïve to assume that ‘restricted use in an emergency in clinical trial mode” authorisation of the Covaxin was not influenced by the genuine nationalistic fervour and pride of the political leadership.

In 2019 the global vaccine market was worth $48 billion. The market could grow to more than $100 billion by 2027.2 COVID-19 pandemic is a perfect opportunity for the vaccine industry to reap profits. Countries are willing to pay any amount of funds to procure a vaccine to fast track reopening of the economy. Various agencies have invested more than 20 billion sterling pounds in developing different COVID-19 vaccines. Out of this 20 billion, 8 billion is from Governmental and non-Governmental organisations.2

At present, the rich countries are willing to pay a higher price to grab as much vaccine vials as they can. Many more vaccines will be introduced into the market in the coming months, and the price could drop. Several vaccine firms have received Governmental funding to develop the vaccine. Some of these companies have promised to supply the vaccines at low cost until the pandemic is over.

The COVID-19 vaccine market is unpredictable and may not last long at the current demand. In the free market world, it is natural for the countries to help their companies develop and supply the vaccines faster for their use and the global market.

The western vaccine manufacturers and academicians were very harsh in their criticism of the Russian, Chinese, and Indian vaccines’ fast-tracking. At the same time, the westerners conveniently forgot that their manufacturers and regulators had bent the rules, if not broken, at least to an extent.

Let us not be naïve. The COVID-19 vaccine is not just a life-saving product. It is a business tool now and for several years to come. In the Devils’ world of games, a little help from God’s hand to score a goal is merely a poetic justice!