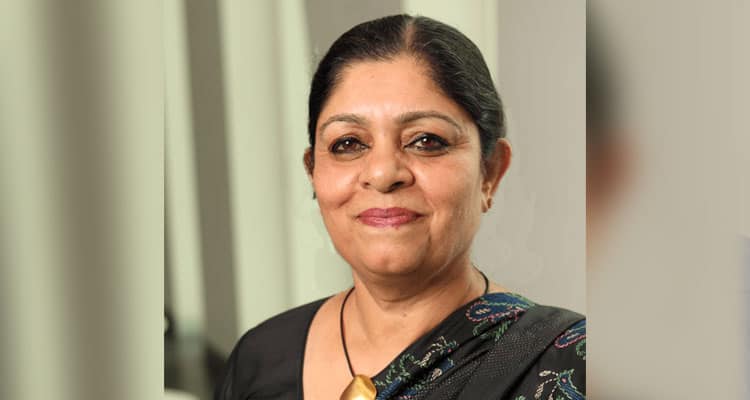 Poonam Muttreja, Executive Director, Population Foundation of India highlights that while there are reasons to celebrate, we must be cognizant of the interstate variations in Maternal Mortality Ratio (MMR) that continue to exist. The variations across states are stark, with seven states having “very high” maternal mortality—an MMR higher than 130

In early March this year, the Registrar General of India released the Sample Registration System data, which revealed that India’s Maternal Mortality Ratio (MMR)—defined as maternal deaths per 100,000 live births—has improved to 103. This is a stark improvement given that in 2004-06, India’s MMR stood at 254.

India’s commitment to reducing maternal deaths is evident from the remarkable progress in reducing the MMR in recent decades. In the year 1997-98, the MMR stood at almost 400. It came down to 212 in 2007-09 and further reduced to 103 in 2017-19. Every decade or so, India has managed to nearly halve its MMR. This success is an outcome of political commitment, effective policy and programmes, backed by adequate financial investments.

The maternal mortality ratio is globally recognised as a critical development indicator as it reflects both women’s socio-economic and health status in society, access to health care, and the responsiveness of the health system to their needs. Measuring maternal mortality levels is very important not only for identifying the risks associated with pregnancy and childbirth but also to understand women’s status in society. According to the World Health Organization, a woman’s lifetime risk of maternal death is 1 in 5,400 in high-income countries, versus 1 in 45 in low-income countries reflecting the persisting inequalities around the world.

In the year 2000, India committed to achieving Millenium Development Goals (MDGs) by 2015. The fourth and fifth MDGs referred to reducing child mortality and improving maternal health, respectively. A commitment to meet the MDGs influenced policy formulation, programme planning and provided countries, including India with a strong target-oriented agenda while highlighting critical development challenges.

The National Rural Health Mission (now National Health Mission, or NHM) launched by the Government of India in 2005 played a crucial role in the provision of health services and infrastructure that laid the foundation for progress. The NHM particularly focussed on improving reproductive, maternal, neonatal, child, and adolescent health. Among its many achievements, it considerably improved the quality of antenatal and postnatal care and ensured more institutional deliveries. The government began providing free institutional deliveries at its network of health facilities including sub-centres, primary health centres, community health centres, sub-district hospitals and district hospitals.

Janani Suraksha Yojana, a centrally sponsored scheme launched in 2005, provided conditional cash transfers to poor women and played a crucial role in bridging the urban rural divide in institutional deliveries. The proportion of women delivering in health facilities rose from 39 percent in 2005 to 89 percent in 2019. There was also increased financial investment in infrastructure and provision of resources such as blood banks, ambulance services and testing facilities equipped with updated technology.

The NHM also introduced ASHAs (Accredited Social Health Activists) to the public health system who went on to become a critical connection between the health system and rural women. Under NHM, more ANMs (Auxiliary Nurse Midwives) were also hired to provide skilled reproductive health services and handle common obstetric emergencies at birth. This training of ASHAs and ANMs to in recognising obstetric emergencies followed by swift action made a huge difference.

In 2010, the government recognised that there is a cause behind every maternal death. It instituted the process of Maternal Death Review to identify reasons behind maternal deaths and identify gaps in services that can be addressed. An incident in Barwani, a predominantly tribal district in Madhya Pradesh, also led to a landmark report. From April to November 2011, there were 26 maternal deaths of mostly tribal women at the district hospital, which led to widespread protests. The Advisory Group on Community Action (AGCA)—a group of public health experts and NGOs constituted by the government under NHM—prepared a fact-finding report, which identified several lacunae and provided detailed recommendations regarding the quality of care and accountability measures to ensure health services for the most marginalised. The state mission director of the NHM at the time, Manohar Agnani, steadfastly ensured the implementation of the recommendations, which led to an improvement in many aspects of maternal health in the system.

While there are reasons to celebrate, we must be cognizant of the interstate variations in MMR that continue to exist. The variations across states are stark, with seven states having “very high” maternal mortality—an MMR higher than 130. The COVID-19 pandemic and the resultant disruption in essential health services including maternal health threaten to reverse decades of progress.

In order to achieve the Sustainable Development Goal target of arriving at an MMR of 70, we need context-specific strategies and improved quality of care, especially in remote areas and among the most marginalized communities. While communities need to be involved in the planning and monitoring of health services, accountability in the highest echelons of decision-making must be ensured.

Addressing social determinants of health is imperative. Girls’ status in society has major implications for their health and well-being. We need to promote girls’ secondary school education, delay marriage age and empower women. Anemia among adolescent girls, which emerged as a big concern in recent government data, needs to be addressed. We must recognise that women’s health can’t be seen in isolation. Every maternal death has a cause, and we must aim towards ensuring that not a single preventable death takes place.