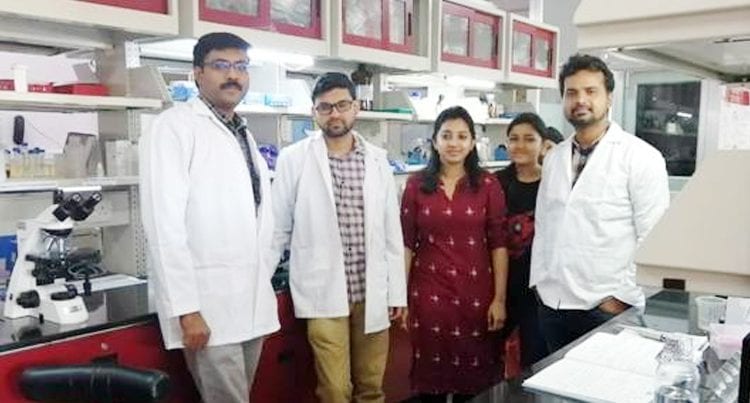 A joint team of scientists from Department of Biotechnology’s Bhubaneswar-based Institute of Life Sciences (ILS) and Bengaluru-based Jigsaw Bio Solutions, has come up with a method that promises to overcome the problem of inadequate identification of asymptomatic carriers of malaria.

Light microscopy and protein immunoassay-based rapid diagnostic tests (RDTs) are used in the diagnosis of malaria, in mass screening and treatment programmes for the diseases, and in surveillance of malaria control measures. They, however, miss out about 30-50 per cent of low-density infections, which typically have less than two parasites/microlitre and are frequently observed in asymptomatic carriers who serve as ‘silent’ reservoirs of the infection capable of transmitting the disease through mosquitoes. Identification of asymptomatic carriers in the endemic areas is recognised as a major hurdle in malaria eradication programmes. New diagnostic methods with higher sensitivity are needed.

In a new study, a team of researchers led by Dr V Arun Nagaraj of Institute of Life Sciences and Srinivasa Raju of Jigsaw Bio Solutions used a new concept of genome mining that identifies identical multi-repeat sequences (IMRS) distributed throughout the malaria parasite genome and successfully targeted them to develop what is called a “ultra-sensitive’ qPCR assay for malaria diagnosis.

Validation with clinical samples collected from malaria-endemic regions in India showed that those assays were highly sensitive – about 20-100 times more than the traditional methods. They could detect submicroscopic samples. They were four to eight times better than other high-sensitive methods. Further, they were extremely specific for Plasmodium falciparum, which is the deadliest species of the malaria parasite and did not cross-react with Plasmodium vivax species, which is the most frequent and widely distributed cause of recurring malaria, but far less virulent.

Dr Nagaraj said there is a scope to develop multiplexed assays for the simultaneous identification of different species. “Our study could lead to the development of highly sensitive, point-of-care molecular diagnostics that can be explored in miniaturised, isothermal, microfluidic platforms and lab-on-a-chip devices. The IMRS approach can serve as a platform technology for the diagnosis of other infectious diseases as well.”