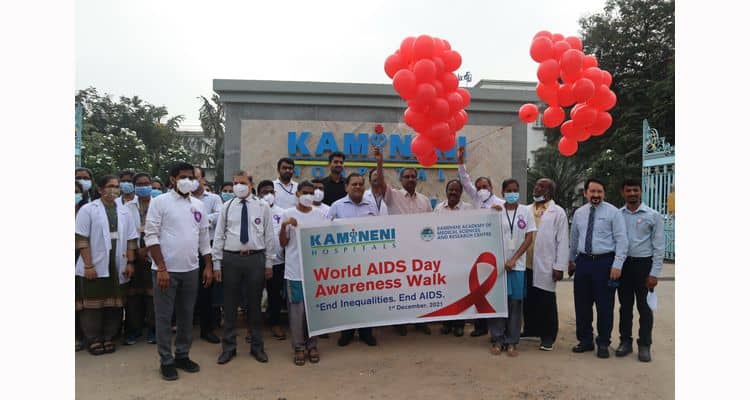 Speaking on the occasion Dr Swamy M said, “India has the third largest HIV epidemic in the world. In 2019, HIV prevalence among adults (aged 15-49) was an estimated 0.2%. This figure is small compared to most other middle-income countries but because of India’s huge population (1.3 billion people) this equates to 23.49 lakhs people who are living with HIV. A major issue with the disease is that (1) people do not realize the symptoms of HIV until it is too late, and (2) most HIV victims do not seek help until the virus has spread all over making the disease reach a more advanced stage which makes treatment and recovery harder. No one can get AIDS from a hug or a handshake or a meal with a friend. The younger generation can play a pivotal role in spreading awareness among the public very effectively.”

“On an overall scale, India’s HIV epidemic is slowing down. Between 2010 and 2019, new infections declined by 27% and AIDS-related deaths more than halved, falling by 56%. There is no cure for HIV, but with the latest combined Anti-Retroviral Therapy, the virus can be controlled and HIV patients can live long and healthy lives. Staying aware is the best way to end AIDS” Dr Swamy added.

As part of the World AIDS Day program followed by the awareness walk, the Department of General Medicine in collaboration with the Department of Microbiology, conducted a workshop on the latest updates in HIV & AIDS for undergraduates, Post Graduates, Nursing Staff and General Practitioners.