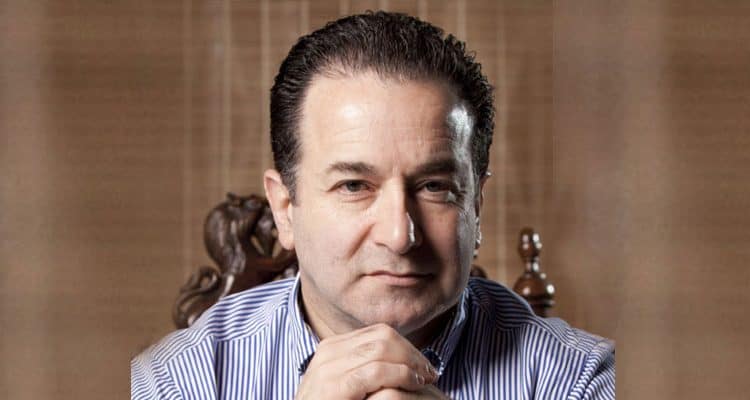 Having reviewed the data which has been presented and disclosed regarding the Sputnik V vaccine and commenting on the race to get a COVID-19 vaccine to patients, Prof Nadey Hakim, Vice President, International Medical Sciences Academy, President’s Envoy, Imperial College, London emphasises that it would be welcome to see cooperation between multiple different countries and producers, as we need a joined-up effort to succeed in the fight against COVID-19

Vaccines will be a major tool in the fight against COVID-19 and, ultimately, in saving the lives of many people around the globe. The approach taken towards production and administering of the vaccine should be based on the best available technologies, whilst making sure the vaccine is available equitably across the world. Countries need to construct a diverse vaccine portfolio, and the Russian vaccine, Sputnik V, should be among them without question.

The term ‘Sputnik’ is a reference to a satellite that was launched by the Soviet Union in 1957. ‘Sputnik’ connotes a breakthrough for the human race, both in its previous form as part of the breakthroughs in space technology we saw in the 20th century, and in a similar vein in the rapid development of new vaccine technology we have seen in recent months.

I have reviewed the data which has been presented and disclosed regarding the Sputnik V vaccine, and the corresponding publications in The Lancet, one of the leading international medical journals. It is clear that the results of the clinical trials of the Sputnik V vaccine have indeed shown to be effective. And what is the most important consideration for any vaccine? Conclusive proof that it is safe and effective. The fact that Sputnik V has this conclusive proof, while using a proven platform based on human adenoviral vectors and an advanced prime-boost vaccination scheme through two different adenoviruses, makes it even more impressive.

It is a well-known and accepted fact that Russia has a long and successful track record in vaccine development. Russian Empress Catherine the Great set the precedent for this in 1768, when she received the country’s first smallpox vaccination, 30 years before the first vaccination was done in the United States. I have also visited Russia myself, and I have seen first-hand the outstanding work the country has done in the fields of science and medicine.

There has also recently been an encouraging development for Sputnik V, with several countries in South America forming agreements to produce the vaccine locally, and this is also happening in other countries such as China, India, Brazil, Korea and Turkey. These countries will then be able to export Sputnik V to neighbouring countries and further afield in the future.

It would certainly be welcome to see cooperation between multiple different countries and producers: we need a joined-up effort to succeed in the fight against COVID-19. Let`s take Russia and the UK for example. Personally, I’ve seen comments or assumptions in the press, which are ill-conceived or thought-out, and sadly, often coming due to envy, I believe, of the other country’s successes in vaccine development.

Both countries have advanced significantly with Phase 1 and 2 trials. I know for a fact that Oxford vaccine trials have been put on hold a few times, because of suspected side effects. 10,000 UK volunteers have been invited, as you have probably heard, to join a leading Phase 3 COVID-19 vaccine trial. The speed of progress in these trials is clearly still an impressive achievement, and according to early results, the vaccine provokes a strong immune response in both parts of the immune system. The vaccine provoked a T-cell response within 14 days of vaccination, as was the case in trials of the Russian vaccine.

My personal view is that hopefully we will be back to normal by March 2021, but I still believe that the vaccine will be of great use and hopefully it will be available to everyone. In sum, I am very encouraged by the South American continent being on board with the Sputnik V vaccine.