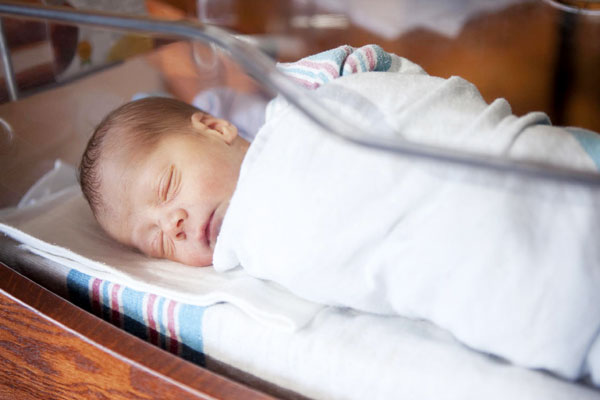 LifeCell International, an Indian stem cell bank and mother & baby diagnostics company recently announced the launch of ‘RightStart’ – the world’s first Integrated DNA testing for newborn screening to detect over 50 medical conditions. This technology has been proven to be more accurate than current screening methods and has also been found to drastically reduce the false-positive reporting thereby avoiding unnecessary follow-up tests and anxiety of the parents.

In the current process of newborn screening, a few drops of blood are obtained through heel prick from the baby’s heel, usually 48 hours after childbirth, and is analysed by profiling a specific set of metabolites present in the blood. If an abnormal metabolic profile is found further testing is recommended for confirmation.

The confirmatory test would need an additional sample to be taken once again from the child. Since most routine screening labs do not have DNA testing capabilities, the child is referred to specialised labs leading to further delays in diagnosis & treatment apart from causing further agony for the parents. The DNA based test, is considered a gold standard and is most reliable for confirmation as it does not get impacted by interferences such as medications, nutrition, temperature, or preterm status.

LifeCell’s ‘RightStart’ newborn screening, which adopts an integrated DNA testing approach, does not require an additional sample since a portion of the sample collected initially can be used. Also no additional costs would need to be incurred by the parents. The screening provides more accurate results and also saves time & effort enabling a speedy diagnosis to initiate treatment. More importantly, the parents are alerted to the risk only if the DNA tests are positive thereby reducing parental anxiety.

Ishaan Khanna, CEO, Diagnostic & BioBank Divisions, LifeCell International said, “As a leader we always bring the first and best to the country and ‘RightStart’ is another milestone achievement. For the first time over 50 conditions can be tested with ‘RightStart’s integrated DNA testing in the country with a faster throughput and higher accuracy of test results”.

Citing an example of a condition called Congenital Adrenal Hyperplasia (CAH) it was observed that less than 10 per cent of alarms raised with current screening technologies are finally confirmed as being truly being affected by the condition with DNA testing. Hence with DNA testing the predictive power increases to 100 per cent, thereby eliminating any false alarms.

Dr Ratna Puri, Chairperson, Institute of Genetics and Genomics, Sir Ganga Ram Hospital added, “New Born screening today is one of the most widely used pediatric health initiatives in the world for timely detection, diagnosis and intervention of treatable genetic disorders. For these group of Disorder’s early diagnosis and initiation of treatment is associated with good outcomes. We have preliminary data in India of the utility of NBS but implementation at a nationwide level as a part of a public health program is awaited. However pockets in different states in India have taken the initiative and started newborn screening. Newborn screening and early diagnosis is advantageous in all circumstances. Molecular confirmation of the disorder flagged off in the NBS screen is a new initiative that will help to accurately confirm the diagnosis for the families. Testing on the stored blood spot for confirmation decreases family anxiety and repeated clinic visits and resampling.”

With LifeCell launching the new programme, the laboratory facility at Chennai has been upgraded with complete capabilities to perform these specialised DNA testing in-house.

Femtech had overall funding of over $1 bn, in the last few years

Vera Clinics to set up 300 plus primary smart clinics, to invest $15 million in the…