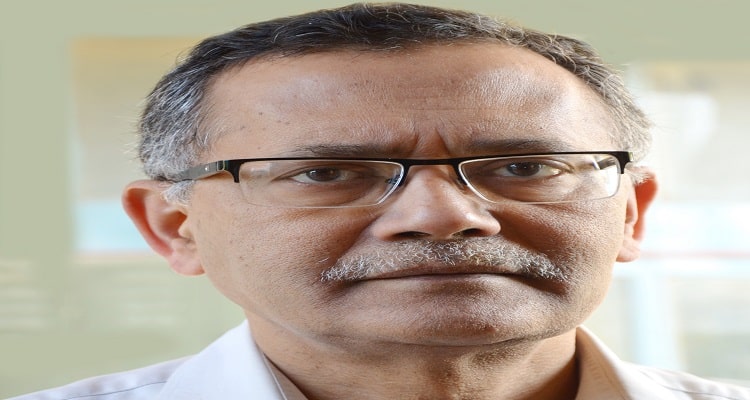 For years, fungi were placed on the lowest rung in the hierarchy of pathogens. Fungal diseases did not and still do not get the attention that viral or bacterial diseases do. They were considered a problem only in people who were significantly immunocompromised. However, the sudden emergence of mucormycosis and its deadly progress has brought the fungi into spotlight.

As a medical mycologist, I have spent 36 years studying fungi, and despite my long experience in this field, I have to say that the current unforeseen situation has left me concerned. In a recent multi-centre study, we noted a 2.1-fold rise in mucormycosis cases in India from September to December 2020, when compared to the same months in 2019. Up until 7th June, more than 28,000 mucormycosis cases have been reported from 28 provinces in India. The figure is mind-boggling, as many clinicians in other parts of the world see very few cases in their lifetime.

Mucormycosis is caused by deadly fungal hitchhikers that appear to thrive under conditions created through COVID-19 and its treatment. According to the same study, it has a case-fatality rate of 45.7 per cent at 12 weeks. The impact has been even more severe in India during the second wave.

Mucormycosis is an aggressive and angio-invasive disease that affects the blood vessels in the body. We know of about 38 different species of ‘mucorales’ fungi that can cause mucormycosis. So far, most cases have been seen in those with uncontrolled diabetes, which is the most important pre-disposing condition in India, while in developed countries, those with blood, lymph nodes and bone marrow-related malignancies; and bone marrow and solid-organ transplant recipients appear to be at a higher risk. Clinically, mucormycosis can occur in multiple forms. Typically, the rhino-orbital-cerebral form which affects the sinuses and eyes is the most common in India, followed by the cutaneous (skin), pulmonary and other forms.

The immune response to mucormycosis

The human immune system is a complex defence system, and contrary to popular understanding, it includes monocytes and neutrophils beyond the T and B cells. However, we are still studying how the immune system responds in the case of COVID-19 and mucormycosis together.

What we do know is that different cells in the immune system play a role in trying to get rid of the mucorales fungi. These include the type of white blood cell known as ‘neutrophils,’ as well as T cells. Natural killer (NK) cells can also damage the string-like part of the fungus known as ‘hyphae’ but do not affect the fungal spores which are largely responsible for the infection. Even platelets, normally known for their ability to aid blood clotting, help to damage the fungal hyphae.

Traditionally, the prevalence of mucormycosis in India has been estimated to be about 70 times higher than the global average. However, those estimates are from before COVID-19. The current spike in the number of mucormycosis cases is being fuelled by four factors: the human host, SARS-CoV-2 treatment and the hospital environment.

What needs to be done

The judicious use of corticosteroids, along with the careful monitoring of blood sugar levels when a patient with COVID-19 is in the hospital, and use of a mask even at home after getting discharged from a COVID hospital, to avoid exposure to mucorales, and the timely anti-fungal treatment and surgical resection when appropriate, are the crucial measures to stem the rapid increase in mucormycosis cases, and lower the associated mortality rate.

While it may seem like the worst is behind us, the next one to two months will also be crucial. Further, as long as COVID-19 cases are being detected in India, doctors would need to be alert to possible mucormycosis presentation. Some cases may also be diagnosed after discharge, for which reason doctors should advise patients about the early signs of mucormycosis like nasal blockage, one-sided facial pain, black- or brown-coloured nasal discharge, loosening of teeth, etc. In addition, ENTs and general practitioners should be vigilant to pick up mucormycosis cases early.