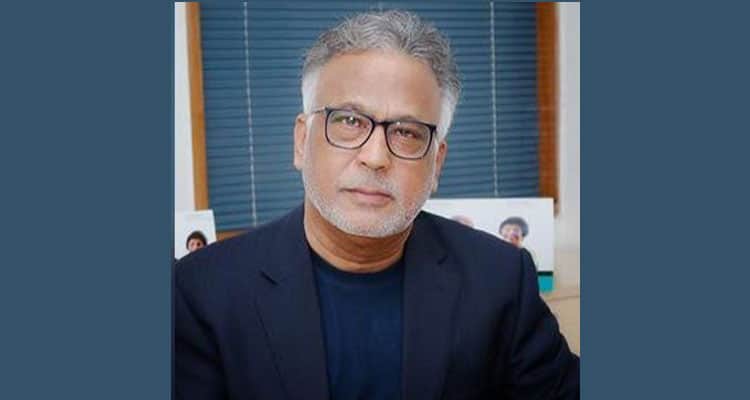 World over, people are praying that OMICRON is the last Act in a 3 Act play called COVID-19. The year 2021, which was also witnessed to the second Act titled Delta, India is currently reporting: 3,06,064 new cases, COVID count soaring over 77 per cent in a day, Omicron tally 3,071. Several states have re-imposed curbs, including night curfews.

Globally, the situation in various countries has seen surges in the weeks of December since South Africa reported the first case. There’s a scramble for vaccines and high expectations from the booster dose; although, reports have emanated that Omicron has infected those that have had a double dose and the booster shot!

Cut back to early 2020. Similar situation. Lack of information and knowledge about the virus infecting people in large numbers in Italy and the USA, amongst a host of other countries.

The conventional healthcare infrastructure has not changed or upgraded dramatically. It’s time for the country to leverage the potent home healthcare endeavours that have earned their stripes in the last few years, including during the first and second waves of COVID-19.

The good news is that Omicron is generally believed to cause mild ailments when infected.

India had taken a lead in this during the first wave and the home healthcare industry came up and managed a significant number of Home Isolation patients out of a total of 21.5 million that were treated at home.

This strategy of the government enabled 93 per cent of patients to recover at home and only 7 per cent were moved into a facility.

During the second wave, it was witnessed that the virus spread very rapidly affecting entire households and creeping into community settings, resulting in ‘containment zones’ appearing across the city. It was the sheer magnitude of numbers infected within a short period that cracked open an already creaking healthcare infrastructure of the country.

While Omicron is mild, it is believed to be three times more transmissible than the delta variant. Some projections predict a caseload of 300,000 Omicron infected patients in India.

The important role that home healthcare can play is that of isolating the infected patient and at the same time, quarantining the rest of the family to mitigate the risk of the virus spreading in the family and further into the residential society and the community at large.

Application of rigid protocols not only obviate the need to seek highly qualified medical staff who may be required for more critical ailments and elective surgeries that are running a backlog, but they will also enable a canned approach to the management of the Omicron wave. It is the scale of infections that are the high point of worry rather than the depth, complexity, and risk of fatalities of the variant.

Early analyses of the Omicron variant highlight two other trends: a) percentage of young people getting infected is forming a large proportion, and b) the virus is attacking the unvaccinated in large numbers.

While initially there were two categories of infected patients – those with severe symptoms that required hospitalisation and maybe an ICU, and those with mild, flu-like symptoms that recovered within two weeks. However, through Acts I and II of the COVID-19 play, a third category emerged: those that begin to recover from COVID-19 but continue to experience heart issues, shortness of breath, fatigue, or cognitive difficulties, often for weeks or months.

Barring those cases that require an ICU setting of a hospital for acute care, the other categories can eminently be treated at home. Either through a full onsite isolation program, or via telemedicine, or indeed, a blend of onsite visits and telemedicine.

Home healthcare can support these patients across the chain, including those that can be discharged from an ICU after acute care. The home care setting can be transformed into a virtual ward or a hospital-at-home.

Some mature home healthcare companies, with defined clinical pathways for critical care, can create an ICU environment at home and deal with complex cases involving co-morbidities and multi-organ dysfunctionality. From being able to provide ventilator and BIPAP support to suctioning and TPN, clinical interventions that thus far required admission in hospitals, can now be implemented at home; including, but not limited to, dialysis at home and chemotherapy infusions at home.

Home Healthcare had demonstrated its prowess during the second wave of the pandemic enabling 60 per cent of COVID patients to be treated at home.

Telemedicine also got significant impetus gaining acceptance by both the patient and the clinician. E-Sanjeevni, the national telemedicine service, completed over 3 million consultations during the first year of its inception.

The home care model has established evidence of components of care that are patient-centric, efficient, and sustainable. It needs to be promoted, supported, and leveraged to ease the difficult task of navigating through the Omicron crises affecting an already battered economy and mental health of nations and their people.