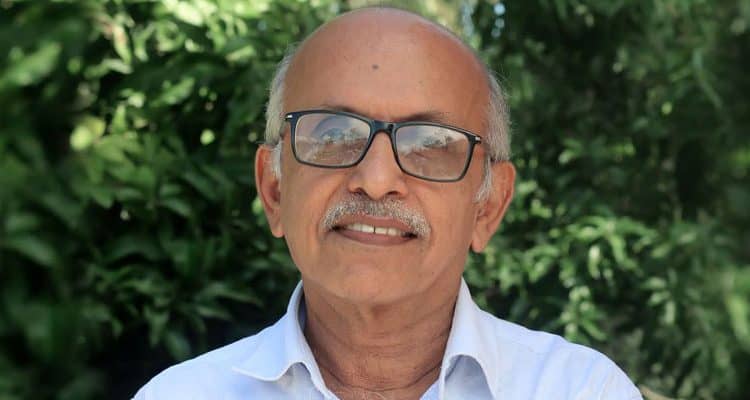 This year, October 10 is World Palliative Care Day as well as World Mental Health Day. 35 years after it came into the country, palliative care continues to be in infancy in India, according to Dr M R Rajagopal, founder, Pallium India. In an interaction with Viveka Roychowdhury, he rues the lack of skilled staff, the reasons why corporate hospitals are slow to offer palliative care and the work still to be done to expand palliative care in the country

Dr Rajagopal, you are considered the ‘father of palliative care in India.  Less than 2 per cent of India’s 1.2 billion people have access to palliative care. Why is it taking so long for palliative care to become more accessible? Is it a question of economics?

There are many reasons why the growth of palliative care in the country is so slow.

Specifically in response to the question, “Is it a question of economics?”

The answer is Yes and No. In a negative kind of way, there is an economic reason. Palliative care is low cost. In its absence, patients often receive expensive and aggressive disease specific care which destroys families.

But it’s also easy to see that palliative care may adversely affect the profit of some health care institutions. If the hospitals see profit only in terms of money, then they may be reluctant to bring in palliative care. Indeed, the vast majority of large corporate hospitals do not yet have palliative care in the true sense of the word.

But if the institutions look at profit also in terms of good will to the hospital, they will see that palliative care is essential. Indeed, corporate hospitals nowadays have started including palliative care. But the change is slow.

Do we have enough clinical staff qualified to practice palliative care?

Not at all. 35 years after it came into the country, palliative care continues to be in infancy in India. For a country of 1.3 billion, we have only 10 doctors qualifying with an MD in Palliative Medicine per year as the course is conducted only in three institutions – AIIMS, Delhi, TMH, Mumbai and GCRI, Ahmedabad.

The stipulations regarding the number of faculty, the number of inpatient beds etc, prevent most institutions from starting similar courses. On the non-government sector, there are several courses but none that would be attractive enough for young doctors because unless a course is approved by the Medical Council of India, they will not provide the doctors with adequate career opportunities. We have a long way to go.

Are hospitals and hospices in India geared to offer palliative care?

No, but they can easily be. Palliative care doesn’t require a lot of expensive equipment or technology. It is low cost in most ways except that it is manpower-intensive.

In the light of the opioid crisis and abuse, how can authorities ensure that there is no abuse of medicines like morphine issued for pain relief, are being used safely without abuse or misuse for domiciliary care? Will the Narcotics Amendment Act which is now getting implemented, which you and your colleagues at Pallium India helped formulate, be sufficient?

My clear answer is that the amended Narcotics Act is adequate. In evidence, I can provide both instances from the West and from low- and middle-income countries.

Our view of the problem is much too often superficial, concentrating on the notorious opioid abuse-epidemic in the US; but look at western European countries. The UK has used them for half a century and certainly in the last quarter of a century, all western European countries are using it without a significant abuse problem. What these countries have shown is demonstration of the Principle of Balance, that is, once we accept that the health care system has a duty not only to prevent abuse of the drugs; but also to make them available for the needy for pain relief, we can avoid all unnecessary restrictions but still ensure adequate restrictions.

The next question is whether we can follow the Western European model in a country like India? The answer is a clear yes for two reasons:

There is something for everyone to do here; not only for the Central and the State governments. True improvement in the quality of life can happen only with participation of the community.

It’s important that public health activists as well as other non-government organisations must join hands with the government system. This of course means more awareness about their problem so that needless suffering can be avoided.

On the occasion of World Palliative Care Day, which this year falls on October 10, what are the achievements over the years that you treasure most?

That tens of thousands of people in the country now have access to palliative care, though that is only a tiny percentage of the needy.

That we could catalyse the creation of the NPPC by Government of India and the State Palliative Care Policy of Government of Kerala.

That we contributed significantly to the amendment of the NDPS Act of India in 2014.

That the new national health policy of 2017 does include palliative care.

That thousands of professionals have now been educated in palliative care.

That at least in Kerala, we could get the community to be partners in palliative care delivery and that there are many thousands of volunteers in Kerala helping people who need palliative care.

That the palliative care system does attempt to reach out to the marginalised.

And what are the goals that you still have to accomplish?

Despite all the above, we have reached out only to about 2 per cent of the needy in the country. There are millions out there in suffering yet! The legal and policy changes need to be effectively implemented nation-wide.

Ayushman Bharat Yojana and its impact on medical devices industry