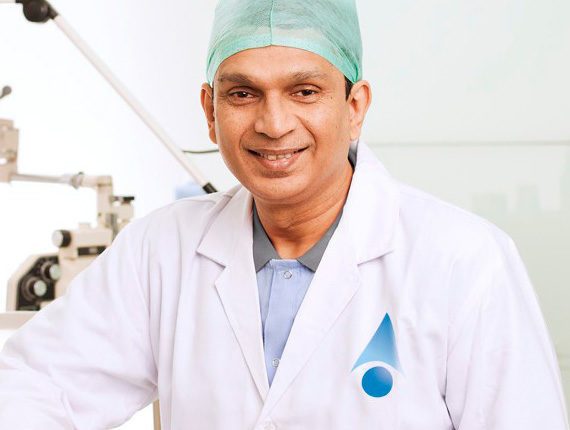 Live surgeries were during the International conclave, which witnessed participation of thousands of Ophthalmologists across the World

The conclave witnessed participation of thousands of Ophthalmologists across the World. They witnessed Live talks and Eye Surgical procedures, which were streamed live on the Internet.

Prof Dr Amar Agarwal performed complex procedures ranging from Glued IOL. He also explained on single pass four throw Pupilloplasty technique. This is considered as the latest treatment for patients with closed angle glaucoma or ‘glare’. Finally, he presented on the procedures to remove an Intra Intraocular lens (IOL) which has fallen inside the eye using the technique called ECAL, Extrusion Cannula Assisted Levitation. This procedure was distinctly started by Dr Ashvin Agarwal.

He performed a Glued IOL surgery in which an INTRAOCULAR lens was fixed in the eye with glue. He also showed how to do the single pass four throw pupilloplasty technique the latest treatment for patients with closed angle glaucoma or glare. Finally, he showed how to remove an Intra INTRAOCULAR lens which has fallen inside the eye using the technique called ECAL or extrusion cannula assisted levitation which was started by dr Ashvin Agarwal.
Prof Dr Amar Agarwal said, “The Surgical procedures exhibited lively on internet were very unique for complicated cases. They were a part of knowledge sharing with scientific directions for thousands of spectators who participated in ‘Facoextrema’.

Along with Prof Dr Amar Agarwal from India, the conclave was attended by International guests including ike Ahmed from Canada, Oscar Asís and Elena Barraquer from Spain, Gustavo Hüning from Brazil, Antonio López Bolaños from Mexico, Fernando Pellegrino from Argentina, Carolina Sardi from Colombia and Miguel Zylberglajt from Uruguay.