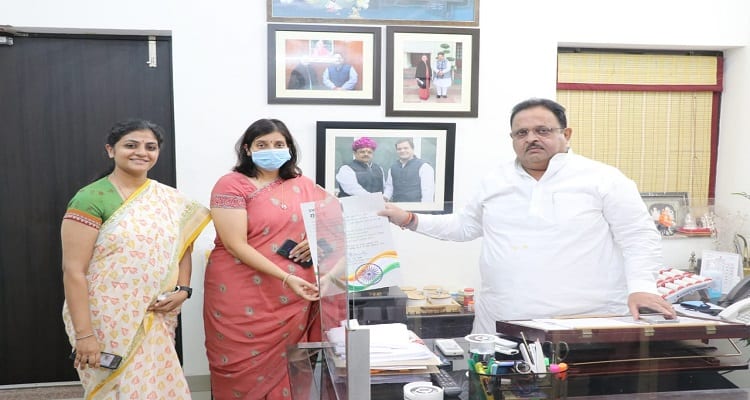 Senior Rajasthan ministers reiterated their commitment towards adolescent health, signing a pledge under the campaign led by the national-level NGO Population Foundation of India

In a major fillip for adolescent health in Rajasthan, state Health Minister Dr Raghu Sharma and Mamta Bhupesh, Women and Child Development Minister, signed a pledge yesterday to make commitments towards improving the health and overall well-being of adolescents, a statement has said.

“Adolescents and youth are our greatest asset and we are committed to investing in their health and holistic development for a just, inclusive and prosperous Rajasthan,” the pledge stated.

According to the statement, representatives of the national-level Non-Governmental Organisation (NGO), Population Foundation of India, the architects of the campaign, were present at the time of signing of the document.

Speaking on the occasion, Divya Santhanam, Senior State Programme Manager, Population Foundation of India, said, “As a grassroots organisation, we have discovered that when governments use their resources well and synergise with civil society organisations, change happens more rapidly and at a much larger scale. The renewed commitment by the Ministers of Health and Women and Child Development will play an important role in ensuring adolescent health is a priority in Rajasthan.”

The statement further said that the Rajasthan state government is already living up to these commitments, and spearheading campaigns to not just end child marriage, but to address the health and developmental needs of young people. Campaigns like Nirogi Rajasthan, Zero Teenage Pregnancy (launched by the health minister), the establishment of model Community Health Centers (CHCs) in all 200 constituencies as well as the inclusion of Adolescent Friendly Health Centers (AFHCs) in these model CHCs are critical to improve adolescent well-being.

As per the National Family Health Survey (2015-16), over 35 per cent girls in Rajasthan are married before the age of 18. The 2018 Annual Status of Education Report (ASER) survey stated that 20 per cent of girls dropped out of school due to multiple reasons, including early marriage and childbearing, added the statement.

“The signing of this pledge demonstrates the state government’s commitment to advancing adolescent and youth health with concrete steps and empowering policies so that they can grow up to be productive, healthy and happy citizens of the country. This is all the more relevant in the present pandemic as COVID-19 has highlighted the need for investing in our adolescents and youth for healthier and more resilient communities,” added Santhanam.