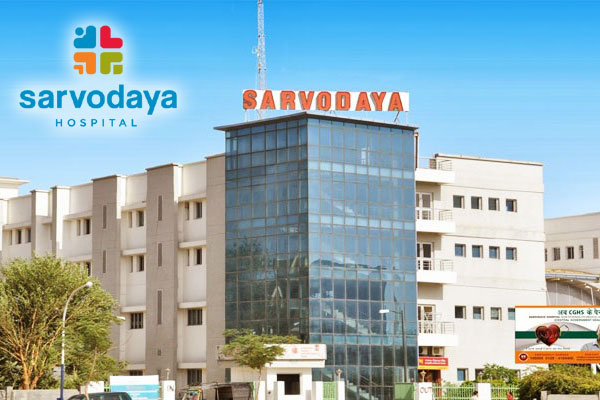 The patient suffering from mucoepidermoid carcinoma, a tumour that usually occurs in the salivary glands, was discharged in four days

Sarvodaya Hospital Faridabad recently conducted a surgery on a six-year-old girl suffering from mucoepidermoid carcinoma of parotid. Dr Sumant Gupta, Senior Consultant and Dr Shiam Vatsal, Dr Aditya Murli – Department of Cancer Care, Sarvodaya Hospital, Faridabad conducted the surgery. The patient, a resident of Faridabad, had swelling on the left cheek near the ear. She had undergone biopsy in a government hospital and was confirmed with mucoepidermoid carcinoma.

During surgery, it was found that tumour was present in the deep lobe of parotid and the doctors did a total nerve preserving parotidectomy with left neck dissection without sacrificing the facial nerves. The girl was discharged on the fourth day after surgery. But as the disease was recurrent she would require local radiation as an adjuvant treatment to further reduce chances of recurrence.

Mucoepidermoid carcinoma is a tumour that usually occurs in the salivary glands. It can mimic most other tumours of the glands, and therefore is often considered in the differential. Epithelial salivary gland neoplasms are rare both in adults and children, accounting for less than 3 per cent of all head and neck tumours. 5 per cent of these tumours occur in patients younger than 18 years old with girls mostly affected.

Can Artificial Intelligence in healthcare go beyond the hype?