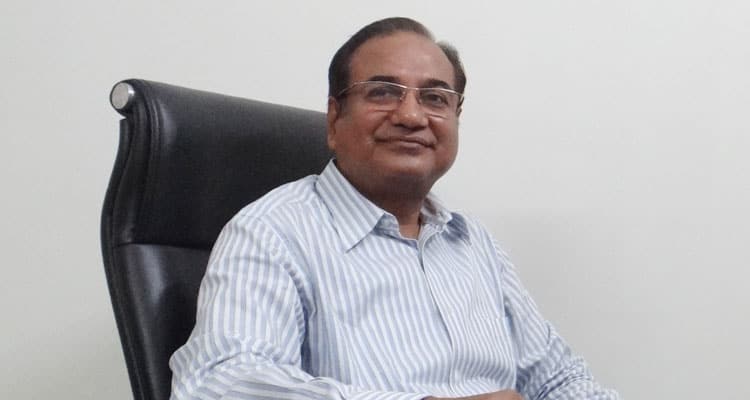 With an alarming 57 per cent of world’s total reported cases of leprosy coming from India, Dr Ashok Agarwal – Country Director, NLR India, in an interaction with Viveka Roychowdhury, reviews the evolution of the country’s strategies to detect and treat leprosy and proposes some further public policy interventions needed as part of the India roadmap for zero leprosy by 2030

What are the strategy and goals of India’s National Leprosy Eradication Programme (NLEP)?

In India, the National Leprosy Eradication Programme or NLEP was launched in 1983. India achieved the global target of elimination of leprosy as a public health problem at the national level in December 2005. Still, about 57 per cent of world’s total reported cases of leprosy comes from India.

NLEP is a Centrally Sponsored Scheme under the umbrella of National Health Mission (NHM). The primary goal of the Programme is to detect the cases of leprosy at an early stage and to provide complete treatment free of cost, in order to prevent the occurrence of disabilities in the persons affected and stop the transmission of disease at the community level. The Programme also aims to spread awareness about the disease and reduce stigma attached with the disease.

What are factors that may help achieve and maintain the elimination of leprosy?

How has the detection and treatment of leprosy evolved over the past decades?

Key strategies of NLEP includes early case detection with particular focus on MB cases and children, early diagnosis and treatment with MDT, involvement of community health volunteers i.e., ASHA in early case detection and strengthening disability prevention services. As India achieved elimination of leprosy i.e., goal of NLEP in 2005, eventually the programme got integrated in general health care services due to decreasing number of new leprosy cases, with reduction in prevalence rate of 57.8 per 10,000 in 1983 to less than 1 per 10,000 by end of 2005; even further down to 0.67 per 10,000 as in March 2018.

In 2015, an innovative strategy i.e., leprosy case detection campaigns (LCDC) was launched under NLEP for implementation in high endemic districts, that resulted in detection of 34,000 new cases in 2016 from these districts which accounted for 25 per cent of annual new cases. A three- pronged approach i.e., LCDC in high endemic districts; focussed leprosy awareness campaigns using ASHA and multi-purpose health workers in “hot spots” where new cases with grade 2 disability (persons with visible disabilities) are detected and areas specific plans for case detection in hard to reach areas was included in NLEP for implementation to address challenges of early detection and treatment of new cases.

In 2017, the SPARSH leprosy awareness campaign (SLAC) was launched to generate mass awareness on leprosy for voluntary self-reporting in facilities for early diagnosis and treatment, and thereby address issues of stigma and discrimination in the community.  During SPARSH campaigns, nationwide, gram sabha (village committees) organise anti-leprosy day i.e. January 30 with involvement of panchayat raj institutions (PRI), village health sanitation nutrition committees (VHSNC) and persons affected by leprosy. The awareness campaign is implemented for a fortnight at village, block and district levels.

Emphasis is given to leprosy screening which is included in Rashtriya Bal Swasthya Karyakram (RBSK), an important initiative aiming at early identification and early intervention for children from birth to 18 years and Rashtriya Kishore Swasthya Karyakram (RKSK) that was launched in 2014 aiming to address health needs of adolescents  i.e. from 10 to 19 years, referral of suspect cases followed by confirmation of diagnosis, treatment, population (who are 30 years and above) based screening under Ayushman Bharat National Health Protection Scheme (NHPS), a flagship central scheme launched in 2018 to provide free access of health care to people with low income. Screening for leprosy is also introduced under National Urban Health Mission (NUHM) to cover population residing in slum areas and peri urban areas.

On the treatment front, Multi-drug therapy (MDT) was introduced in 1983 under NLEP; depending on the type of leprosy the medicines are to be taken for 6 or 12 months.

For reduction in annual new case rate through early case detection, screening of contacts and preventive treatment with single dose rifampicin (SDR), the Government of India under NLEP launched the LPEP-SDR nationally in October 2018.

What can be the public policy interventions to combat the stigma around leprosy and the impact on livelihoods etc?

The Government of India converted the national leprosy control programme (NLCP) that was launched in 1955 into national leprosy eradication programme (NLEP) in 1983 by introducing MDT as treatment of leprosy and since then there has been remarkable reduction in number of new cases and decrease in prevalence rate (PR) per 10,000 population across the country.

The fact that leprosy is a curable disease with MDT treatment has an effect on reduction of stigma in the community, as the number of suspect cases getting diagnosed and treated has increased over the decades. With the introduction of ASHA based surveillance for leprosy suspects (ABSULS) in NLEP, the early case detection rate has increased through increase in referral rate by ASHA, and confirmation of leprosy followed by MDT treatment at health centre.

Since the main impediment for early case detection is lack of knowledge about leprosy in general public, SPARSH leprosy awareness campaign was launched in 2017 for involvement of several stakeholders such as panchayat raj institute (PRI), civil societies and persons affected at village level etc. to raise mass awareness on leprosy.

Besides the strategies such as early case detection, diagnosis and treatment with MDT, ABSULS, SPARSH and Leprosy Post Exposure Prophylaxis (LPEP) using SDR-PEP for early case detection among contacts of leprosy case etc., there is dire need to repeal the several (more than 100) discriminatory laws against persons affected by leprosy which are still existing in the country. This requires high level of advocacy with policy makers and human rights commission in partnership with relevant stakeholders and affected community. ILEP agencies are leading on advocacy matters for bringing forth the required changes in laws.

To effectively communicate to the targeted audience, there is need to develop locally relevant/customised IEC materials and methods to raise awareness and change perception of leprosy. A community baseline survey could be conducted to assess the existing myths and misconceptions on leprosy, which could add value to the drafting of such IEC strategies.

Building capacity of persons affected by leprosy by making them aware of their rights /entitlements, supporting them to form groups (self- care group and/or self- help groups), linking them with relevant welfare schemes, and integrating them into disability development, vocational training and livelihood schemes would lead to their empowerment in terms of economic, social and political that are indicators of stigma reduction.

The meaningful involvement and participation of persons affected in activities or forum will make a difference towards stigma reduction and issue-based planning and implementation of strategies and programme.

How must the strategy be tweaked to address this issue, in the light of the published study from NLR?

As per the published paper dated March 2, 2021 of NLR titled “New NLR study predicts 90 per cent leprosy reduction through preventive treatment of 40 million people in 22 years: -to interrupt leprosy transmission and reduce annual new cases significantly, contact tracing and preventive treatment needs to be implemented in all leprosy-endemic countries”; through coordination of resources and efforts among stakeholders, prevention treatment of 40 million people with leprosy is achievable.

In India the LPEP/ SDR-PEP has been implemented since 2018 across all states and districts that involves contact tracing, screening and provision of single dose rifampicin to contacts at most at risk. Different states and districts are implementing LPEP at varying pace and intensity. The status of implementation including the challenges may be assessed; accordingly appropriate actions may be taken to strengthen the programme.

The drug regime for leprosy treatment has moved from single to multi-drug treatments and now preventive/prophylactic treatments are also available. How affordable and accessible are these regimes?

However, WHO has recommended for changing the 2-drug regimen for PB leprosy to 3 drug regimens as per guidelines issued in 2018.  The MDT is supplied by Novartis Foundation through WHO and thus is given free of cost at all government health facilities and also through private hospitals and institutes as provided by the Government of India based on demand request.

For the preventive therapy using single dose rifampicin, the procurement of drug is decentralised at district level and under LPEP, the SDR is administered to contacts by health worker/ASHA during household visits for contact tracing and screening, and thus is provided free of cost. It is made accessible to all eligible contacts as screened by health worker/ ASHA, though the scale and quality of implementation in terms of contact tracing and supply of rifampicin are the major challenges under LPEP of NLEP.

What has been the impact of NLR’s work in India with policymakers etc to detect and treat leprosy?

NLR India has been working in India for more than 20 years; providing technical assistance to the government for implementing different components of the national leprosy eradication programme. Our team of around 70 works across 129 districts of seven states namely Delhi, Rajasthan, Jharkhand, Bihar, Uttar Pradesh, Uttarakhand and West Bengal covering around 24 per cent of India population; which witnessed around 23 per cent of the leprosy new cases of the country in 2019-20. We regularly interact with the government officials of the central leprosy division, the state and district leprosy offices; discuss strategies; and help in mentoring and monitoring the government staff providing leprosy services.

NLR India has brought the SDR PEP to India; we along with government tested the feasibility of implementing the programme in the country; encouraged by the results, government decided to implement it as a national programme. We are in discussion with the government for strengthening its implementation by all the states and UTs.

We have been instrumental in development of the urban leprosy programme and home based self-care programme in West Bengal which is gradually finding wider recognition; our primary health center (PHC) based self-care model in few districts of Jharkhand is now being scaled-up statewide by the government. In Aurangabad district of Bihar, since 2016, we are implementing community based rehabilitation of the persons with disabilities; this is again a unique project. In 2021, we started a call center in Jaipur as a pilot project to strengthen the follow-up and delivery of leprosy curative and preventive services.

NLR India is also serving as the national coordinator for ILEP (International Federation of Anti-Leprosy Associations). ILEP along with WHO will soon be working on the India roadmap for zero leprosy by 2030.