#USEHEARTTOBEATCVD: Live with a healthy heart 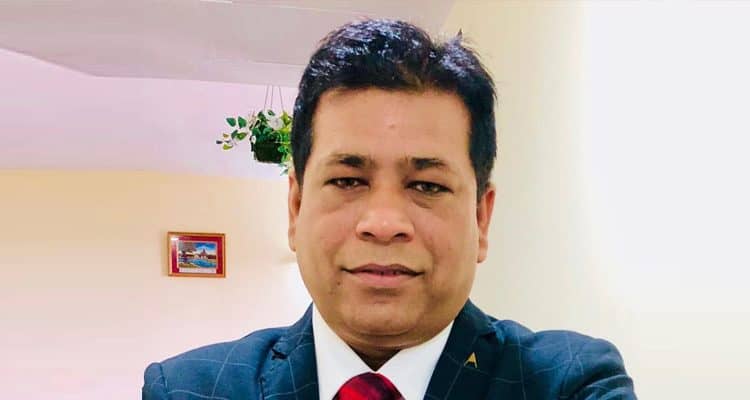 Various studies have claimed that people with pre-existing heart conditions have a direct 11.6 per cent higher risk of mortality due to the COVID-19 infection. Present day cardiologists are in the wrong track by emphasising more use of bypass surgery or angioplasty, medicines, emergency treatments – but they are overlooking the real cause of heart attack and heart disease feels Dr Dilip Kumar, senior consultant interventional cardiologist and device specialist, Medica Superspecialty Hospital. Major societies including WHO have recommended measures and guidelines for the prevention of heart disease. He therefore presents the ten commandments for prevention of coronary artery disease

With the turn of the century, cardiovascular diseases (CVDs) have become the leading cause of mortality in India. In comparison with the people of European ancestry, CVD affects Indians at least a decade earlier and in their most productive midlife years. For example, in Western populations only 23 per cent of CVD deaths occur before the age of 70 years; in India, this number is 52 per cent.

In addition, case fatality attributable to CVD in low-income countries, including India, appears to be much higher than in middle- and high-income countries. The World Health Organization (WHO) has estimated that, with the current burden of CVD, India would lose $237 billion from the loss of productivity and spending on health care over a 10-year period (2010–2020).

Since the inception of COVID-19 pandemic, the impact due to various heart ailments seems to be subsided. Though it is known that the rate of mortality and morbidity due to heart attacks are underestimated globally, yet many countries are still facing the wrath of its mortality. Various studies have also claimed that people with pre-existing heart conditions have a direct 11.6 per cent higher risk of mortality due to the COVID-19 infection. And co-morbidity of diabetes and hypertension further raises the risk by upto 8 fold attributing to the lowered immunity and decreased speed of body response to tackle inflammation with increased age along with viral myocarditis to some extent.

There has also been a link established with increasing age, while people above the age of 60 years are four times vulnerable to death, 9 times if the age is above 70 years and 15 times if the age is above 80 years. Evidently, the rate of mortality due to COVID- 19 is restricted to within 2 per cent whereas heart diseases kill over 10 per cent, and are still neglected. There are 8-10 crore (80-100 million) heart patients in India and every 10 seconds one person dies of heart disease in this country.

Although CVD risk factors are widely prevalent in India, there are significant variations between and within different regions. Diabetes mellitus appears to be more prevalent in the southern states of India, whereas hypertension appears to be higher in the north-eastern states.

Despite wide heterogeneity in the prevalence of cardiovascular risk factors across different regions, CVD has emerged as the leading cause of death in all parts of India, including poorer states and rural areas. The progression of the epidemic is characterised by the reversal of socioeconomic gradients; tobacco use and low fruit and vegetable intake have become more prevalent among those from lower socioeconomic backgrounds.

In addition, individuals from lower socioeconomic backgrounds frequently do not receive optimal therapy, leading to poorer outcomes. Countering the epidemic requires the development of strategies such as the formulation and effective implementation of evidence-based policy, reinforcement of health systems, and emphasis on prevention, early detection, and treatment with the use of both conventional and innovative techniques.

There are no valid data evaluating macroeconomic policy changes and nonpersonal interventions on CVD in India. However, modelling studies suggest that substantial benefits could be gained by imposing taxes on tobacco, palm oil, and sugar-sweetened beverages in India.

Effective policy-level changes need community acceptance through communication of behavioural changes and health promotion. A recent industrial worksite–based intervention programme implemented in India with a combination of population-wide and high-risk approaches was effective in bringing down several cardiovascular risk factors.

Improving adherence to prescribed therapies also requires the use of newer strategies; one example is the use of a polypill (a combination pill of multiple drugs), as seen in the recent Use of a Multidrug Pill In Reducing Cardiovascular Events (UMPIRE) trial, which is especially useful for secondary prevention.

Hospitals in India perform more than 2 lakh open heart surgeries annually and are increasing annually by 25 per cent. In India more than 5 lakh stents are being put every year and some 60,000 bypass surgeries are being done in the heart hospitals and 85 per cent of them are done on stable heart patients – which can be easily avoided.

Present day cardiologists are in the wrong track by emphasising more use of bypass surgery or angioplasty, medicines, emergency treatments – but they are overlooking the real cause of heart attack and heart disease.

Major societies including WHO have recommended measures and guidelines for the prevention of heart disease. Here are the ten commandments for prevention of coronary artery disease.

So, we must give importance to the golden hour in treatment of heart attack which has not changed in these times. It is better to avoid the delay and we know it well that -TREATMENT DELAYED IS TREATMENT DENIED!

How cardiac surgeons can #USEHEARTTOBEATCVD during COVID-19