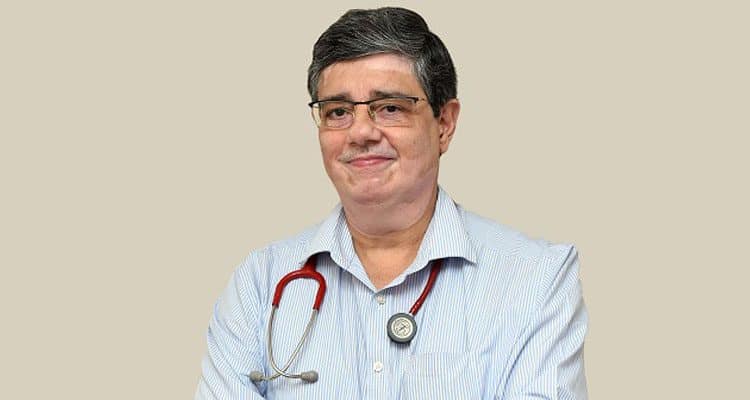 India tops the list of 10 countries that account for 60 per cent of premature deliveries worldwide. Without additional nutrients, preterm babies may suffer from growth deficits, which are difficult to compensate at later stages of life. Cyrus Contractor, practicing paediatrician and neonatologist, Breach Candy Hospital, Mumbai explains how human milk is a true savior as it is rich in antibodies that help preterm babies fight fatal infections as well as offer protection against various allergies. With the pandemic putting the spotlight on healthcare, he feels it is the right time to focus on garnering greater public participation when it comes to milk donation and healthy fortification for preterm babies

The COVID-19 outbreak has caused much distress across the globe. In the case of premature/preterm babies – those born before 37 weeks of gestation – the amplified anxiety in the current scenario is understandable.

A significant public health concern, preterm birth is counted among the leading causes of death worldwide in children under the age of five years. According to the World Health Organization (WHO), prematurity affects more than one in ten infants globally and an estimated 15 million babies are born premature, of which almost a million succumb to the complications of preterm birth. The ones who survive often have to live with various health complications later in life.

Studies show that poorer countries are at higher risk of premature deliveries, with 12 percent of infants born before 37 weeks of gestation as compared to nine percent in the higher-income countries.

India tops the list of 10 countries that account for 60 per cent of premature deliveries worldwide. According to a report published by the WHO, in partnership with other global healthcare organisations, titled Born Too Soon: The Global Action Report on Preterm Birth, India reports the maximum number of preterm births – 3,519,100, nearly 24 percent of the total global number.

Premature babies have special nutritional needs. They need to consume breast milk beyond their stomach’s limited capacity to get adequate nutrition. This is because premature babies grow faster as compared to term babies and this rapid pace of growth requires more proteins, minerals, and other nutrients. Without these additional nutrients, preterm babies may suffer from growth deficits, which are difficult to compensate at later stages of life.

Human milk – recognised as ‘liquid gold’ – contains all the essential nutrients that a baby needs for its healthy growth and development. Unfortunately, some mothers may be unable to breastfeed due to a variety of reasons, such as low milk production, previous or recent breast-related surgeries, use of certain medications, or if the mother is suffering from an infectious disease. Currently, there is no evidence that COVID-19 can be passed from mother to baby via breast milk.

Doctors often recommend donor milk or fortified products to help meet the infant’s nutritional requirements. Unlike formula milk – which is made of cow’s milk – human milk is easily digested, making it the perfect food for babies. Studies find that the sodium content in cow’s milk makes it difficult to digest and increases the risk of certain complications such as severe bowel problems in infants and young children.

Milk banks collect, screen, and store breast milk from healthy lactating mothers, who volunteer to be donors. Currently, there are 57 milk banks in India.

Who can donate milk? Any healthy lactating mother who tests negative for HIV and venereal diseases, is not under any drugs and is free from any evidence of hepatitis, can donate breast milk after due examination and approval by a doctor.

The donor milk is used to meet the nutritional requirements of babies who are not biologically related to the donor. Human milk is a true savior as it is rich in antibodies that help preterm babies fight fatal infections as well as offer protection against various allergies.

Human milk provides all the essential components for the growth and development of the baby. This includes:

Even with a tremendous need for Human Milk Banks in India, the industry is at an extremely nascent stage. The lack of availability of lactation consultants, poor coordination between obstetricians and paediatricians, and limited awareness among service providers have hindered the development of this sector.

However, the awareness of Human Milk banking is slowly growing in India. The government has acknowledged the importance and the role that Human Milk Banks play in reducing neonatal mortality, particularly when integrated into new-born care. As a result, stakeholders are actively prioritising and supporting Human milk banks in India.

The following activities will help to increase access and intake of human milk:

Providing safe, pasteurised Donor Human Milk (DHM) banks when mother’s milk is not available. In India, it is estimated that 30 to 50 percent of babies in neonatal intensive care units and 10 to 15 percent of term healthy babies require DHM. Increasing access to human milk through Human Milk Banks has the potential to reach 5 million babies in India annually. This impact increases tenfold if we strengthen breastfeeding practices.

The pandemic has put the spotlight on healthcare. And this is the perfect time to address the predicament of babies born too soon. According to the WHO, over 820,000 children’s lives can be saved every year, if all children between 0-23 months are optimally breastfed. Undernutrition, studies show, is associated with 2.7 million or 45 percent of all child deaths annually.

The need of the hour is to spread awareness about the importance of infant feeding to improve child survival and promote healthy growth and development. We need greater public participation when it comes to milk donation and healthy fortification for preterm babies.

Today, thanks to advancements in medical science and research, there are innovations that can effectively address the unique needs of neonatal nutrition. We need to facilitate healthy discussions about their adoption so that they can play a critical role in supporting ‘intact survival’ – that is, the ability of premature babies to survive without disabilities.