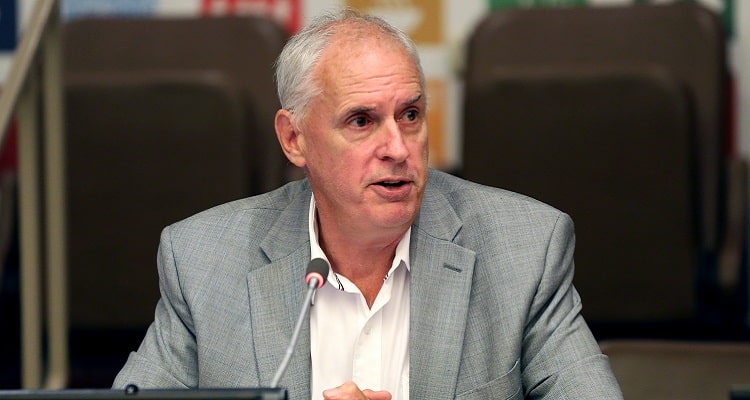 In the run up to World Malaria Day on April 25, Simon Bland, CEO, Global Institute for Disease Elimination (GLIDE) and former Chair of the Global Fund cautions that malaria is still a risk for more than half the world’s population, and funding cuts could set-back years of progress towards the elimination and ultimate eradication of malaria

In 2002, in an act of extraordinary leadership and global unity, the world came together to create the Global Fund to fight what were then the deadliest epidemics confronting humanity: HIV/AIDS, tuberculosis and malaria.

Since then, Global Fund investments have contributed to saving over 10 million lives from malaria and preventing more than 1.7 billion malaria cases. This is one of the greatest global health successes in history.

However, after more than a decade of unprecedented progress, declines in case numbers and mortality stalled and, the World Health Organization’s latest World Malaria Report revealed that the number of lives lost to the disease in 2020 increased – up 69,000 from the previous year. Today, a child dies from malaria almost every minute of every day. The COVID-19 pandemic further stressed health systems, diverted attention and resources, and prevented people (mostly children) from accessing services to be diagnosed and treated. While advice for a fever in a malaria endemic country is typically to seek assistance and get a rapid diagnosis, during COVID the advice was often to stay at home for fear of spreading COVID further – deadly advice to someone infected with the malaria parasite.

So, today, the malaria response is at a precarious juncture. The global malaria burden is much higher than previously estimated: half the world’s population is still at risk of the disease. Despite this, funding has plateaued.

In the UK, the foreign aid budget was reduced from 0.7 to 0.5 per cent of national income in 2021, a cut of £4.2 billion as a result of economic disruption caused by the pandemic. The current cost of living crisis, rising inflation, energy insecurity and the conflict in Ukraine put further stresses on treasury coffers, are jeopardising economic growth, and could set-back years of progress towards the elimination and ultimate eradication of malaria.

Cuts in funding come at a time when drug and insecticide resistance is increasing. Antimicrobial resistance is a clear and present threat to malaria progress and to modern medicine more generally. Resistance to the drug artemisinin, used to treat malaria, was confirmed in Africa last year. If this resistance becomes widespread it could be devastating for the continent, as there are currently no available treatment alternatives.

What’s more, it is likely that climate change will push malaria transmission into new regions and spread the global footprint of this deadly disease. Warmer climates and increased deforestation have the potential to increase mosquito breeding grounds, meaning more vectors transporting deadly diseases. More research needs to be done to understand and respond to the impacts of climate change on vector-borne disease such as malaria.

There is a clear and urgent need to intensify global leadership, unity, and funding to get back on track to eradicate malaria. The choice is stark: we either increase funding, or we abandon the global goal to end malaria within a generation.

This World Malaria Day, the Global Institute for Disease Elimination (GLIDE) in Abu Dhabi joins a host of other organisations in calling on world leaders, the private sector, and philanthropists to commit to at least US $18 billion to replenish the Global Fund for the years 2024-2026. Achieving this goal will provide the necessary financing for the global malaria programmes to increase coverage of insecticide-treated nets in Africa by 19 per cent by 2026, and eliminate malaria from an additional six countries.

This is no easy feat, but funding combined with political will and a galvanisation of the global health community towards eliminating malaria can ensure these targets are achieved.

From an economic perspective, funding the replenishment is equally compelling: stretching out the fight against malaria will end up being massively more expensive than stepping up investment now, and the cost in lives will be measured in the millions.

Furthermore, the case for greater investment in pandemic preparedness is clear. The Global Fund is the largest multilateral investor in grants for systems for health, investing more than US$1 billion a year. As we already know, most low- and middle-income countries were able to immediately respond to the COVID-19 pandemic using the laboratories, disease surveillance, community networks, trained health workers and supply chains that were created to fight malaria, HIV and TB.

If there is one thing that the pandemic has taught us, it’s the need to prepare for future health threats. The emergence of the next pathogen of pandemic potential or new variant is a question of “when” and not “if.” By increasing investment in malaria interventions, strengthening systems for health, and making additional investments in pandemic preparedness through the Global Fund, we can exploit the synergies between fighting existing diseases and preparing for new ones, and thus maximise the impact of every dollar.

At GLIDE, we continue to champion the need to adopt cross-cutting disease elimination approaches wherever there is a rationale for integration of services, financing, or advocacy. The stage is set for countries to dramatically reduce malaria cases and deaths, toward the shared global goal of ending malaria within a generation. But reaching zero requires us to take bold action and rise to the challenge, all of which is reliant on funding. World Malaria Day is a reminder to the global health community and the world at large that now is the time to fight for what counts and seize the opportunity to deliver a more equitable, malaria-free world.